Tamara Todevska represented Macedonia in 2008, coming tenth in the semi-finals. In any other year she would have made the finals, but that year the rules allowed the jury to “save” the tenth act, and they went with Sweden’s Charlotte Perrelli over her. (Tamara doesn’t remember the song that knocked her out…apparently Perrelli didn’t make an impression). As you know, she tried again in 2014, this time as a backing vocalist supporting her older sister Tijana Dapevic. Unfortunately she fared even worse this time, coming 13th in the semi with “To The Sky”.

Thankfully she’s put her latest elimination behind her and is churning out music once again. “Tažna ljubov, srekna pesna” means “Sad love, happy song.” You don’t have to speak Macedonian to understand the significance. This is about a woman who has overcome tough times and somehow got her happy back. It’s a good lesson for all of us…

This is Tamara at her best. The song starts with a beautiful instrumental, and the oohhs really impress. She belts it out with her very first breath. Her growling is feisty. Her vocals are fierce. And she is dropping attitude wiwibloggs style. Overall, this is much better than her Eurovision 2008 entry, and I would have much preferred to have seen this on the stage instead of Tijana’s “To The Sky”. 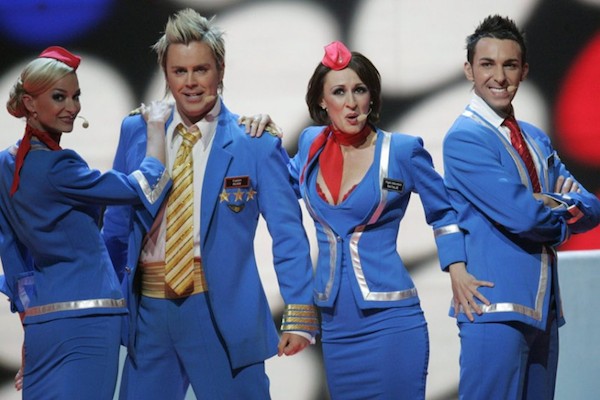 The song and the interview, either are very nice! 😀