In the 21st century, stage gimmicks can make or a break an act at Eurovision. Gimmicks take many forms—from the language being sung to the dance moves to the costume. Today we focus on the props, which elicit responses ranging from WOW to WTF? Playing with Fire was a breath of fresh air when Paula and Ovi performed it in Oslo. Rather than writing a duet about love, dreaming, and all of that other mushy-gushy stuff that Georgia would eventually send three years later, these two served up club-ready commercial dance pop. Separating the two from strangling each other was a transparent piano full of neon lights, which had a keyboard on each side for them to play with. They came third.

Four years later, the duo won Romania’s Selectia Nationala with Miracle. They featured a dancing hologram in their national final performance, and kept it for their performance in the big leagues, but also added another unique piano. Unfortunately the Ovi-encircling piano failed to catapult the duo back to the dizzying heights previously reached in Oslo.

You know the chairs that everyone has in their cubicles? The ones that have the wheels so that you can spin around easily or race through the halls when your boss is out on a break? They were in a Eurovision performance once.

Spain’s Las Ketchup, known for having the most off-key performance in the history of the twenty-first century, swung around on the chairs during their live performance of Un Blodymary, which (not so surprisingly) placed only 21st.

Sebastian Téllier had already caused plenty of controversy prior to his Eurovision performance by refusing to include French lyrics in his song (a controversy that would haunt Ruth Lorenzo a few years later). With all eyes on his language choice, his look, and his bearded backing singers, Téllier gave what most consider one of the craziest performances of all time. He prayed, he sang impromptu French words, and threw beach balls into the audience. But the most memorable part was his entrance – he drove up in a dune buggy. All of this placed Divine 19th, France’s first top 20 since 2004, sparking huge interest in the contest again in France – albeit briefly. Ukraine has used the hamster wheel twice, albeit in very different ways each time. In Moscow, in 2009, the geriatric pinup girl Svetlana Loboda tantalized the few straight male audience members with her moves in the beginning of her song, Be My Valentine. Svetlana wheeled out a unique brand of crazy, with gyrating gladiators and a crazy setup that rivaled a self-respecting rodent.

The wheel was used this year by Mariya Yaremchuk’s backing dancer. If you want to buy into mush it represented time racing forward on the clock of love. If you don’t, though, it was a slick piece of staging that showed off the backing dancers significant talents and enabled Yaremchuk to drape herself enticingly during her song Tick Tock, which placed 6th.

Croatia decided to go for a more old-fashioned number in 2008. And by old-fashioned I mean ballgowns, fedoras, and Italian-style music. The most unique aspect was an old man, called 75 Cents, “rapping” at the younger audience about how old people created music and monkeys created the Internet. At the end of his rant, he used an old record player to do modern record scratches. It placed 21st in the final.

After Latvia placed 5th in Kiev, they automatically qualified for the final in 2006. This meant they could send the most boring song on Earth and not have to worry about being left behind in the semis. Here’s a hint Latvia: even if you can do it, it doesn’t mean you should do it. Especially when you have a death spot in the running order. The a cappella group Cosmos picked up on this hint and saved themselves from last place. Frankly, the song was atrocious, but they put together a robot on stage that grooved along with them for the last minute of the song, and that attracted enough votes to put them 16th.

Eurovision is a young person’s game, but that doesn’t mean all other generations are excluded from the fun! The Russian Grannies nailed not only baking but also performing on the Eurovision stage and snagged 2nd place – Russia’s best result since its only victory in 2008. Maybe if they’d actually made enough cookies for the Crystal Hall they might have tripped Loreen up and beaten her to the crown…

Are there any other props that stand out in your mind? Let us know below. 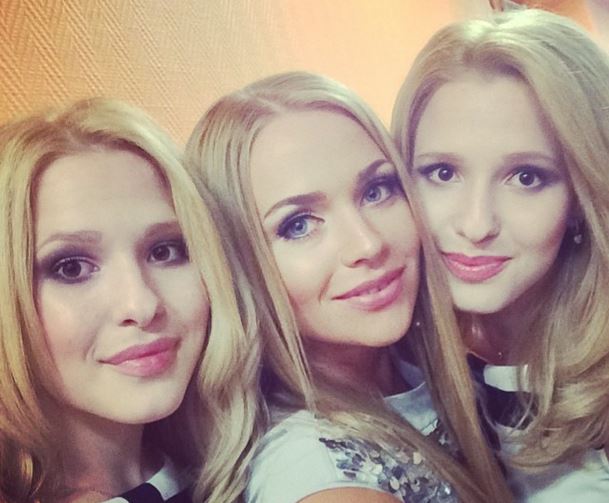 @Maya G You should also count the two pianos from Romania!

Manga’s robot and Yüksek Sadakat’s bird-girl. Can Bonomo had a ship on the stage. Turkish stagings sounds colourful. 😀

Loreen didn’t have any props.

I really liked Farid’s glass box from Malmö. I thought it was one of the best Eurovision performances ever.

7 out of 9 (or 8 out of 10 if you count both hamster wheels) are from former-communist countries. I wonder if it means anything.

Lol Sopon! Svetlana is not geriatric – she’s 31 now, meaning she was only 26 back in 2009, at this rate I’m surprised you didn’t refer to the Babushki as corpses! XD

props can either improve or fail a performance. I am one of those who never understood the importance of the wheel in this years ukrainian performance. i think mariya could have placed top3 if she had made her performance in another direction.