Aurela Gace, who “felt the passion” of not qualfying for the final at the Eurovision Song Contest 2011, has released a new video for the song “Merrem Sonte”, which means “Take Me Tonight”. It’s got a nice ethno-Albanian sound and would go down a storm at an Albanian cultural festival. Bam!

Shot in some lush fields in Albania, the video shows off the country’s rivers and forests. But that’s not the only element of nature on display. We see a hunky Albanian man on horseback circling Aurela and some other beauties in traditional dress. Given the title of the song, this is all about animal instinct, y’all. (Yes, maidens and horsemen do it too). At the end of the video, said man chooses his girl, they mount his horse and ride off to make babies. Happy ending!

The song is a huge diversion from her performance in Düsseldorf, which had a rock sound and was generally more frightening. Just be sure not to have any matches or kerosene near your computer, or it might catch fire. The Czech Republic will not participate in Eurovision 2015 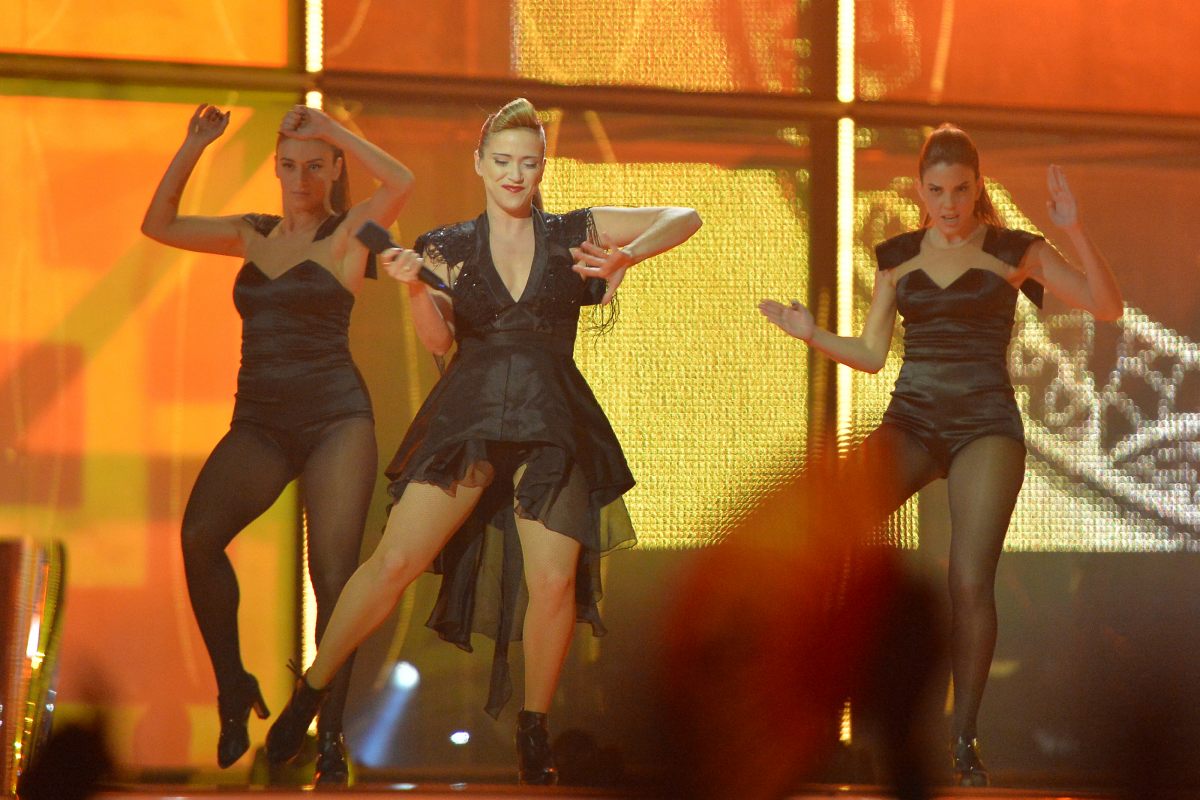 Poll Results: “Same Heart” is the Eurovision 2014 song you are still listening to

This women is a chamaleon. This new song is brilliant. And the guy is cute…