The team at wiwibloggs wants to bring you closer to your favourite Eurovision stars. Tired of peering in windows and doorstepping various slebs, we’ve set up a series of exclusive home visits. In July three-time San Marinese Eurovision contestant Valentina Monetta welcomed wiwiblogger Deban Aderemi into her family villa in San Marino. Among other things, she took us to Rimini Beach, where she filmed her video for “Maybe”, and to the San Marino Airport, where she filmed her Eurovision postcard. Whether playing the piano or playing with her cat, Valentina exudes warmth and positive energy. It’s no wonder she’s one of our favourite Eurovision divas ever.

You can watch the 19-minute video below. We’ve included a scene-by-scene description to help you navigate. Enjoy!

Valentina sings “Guardami Ancora”, a track from her second album “Sensibilita” whilst driving us around San Marino.

Valentina show the video for “Maybe” here in February, when it was freezing and cold. At the time we thought Valentina had frostbite! She talks about kite surfing, and being pale in July: this was her first time back on the beach since shooting the video. “When I sing, I think about my kite,” she says. “Because when I sing, I want to be free.”

Valentina tells us what makes San Marino so special and previews her concert at Regent’s Palace on the 5th of August. “The atmosphere is magic. It’s very romantic here in San Marino”

Scene 4: At the piano

She plays “Chrysalis” on her piano. Not many people know this, but besides writing songs, Valentina also plays the piano, and composes music, too.

9am. Valentina dozes on her terrace. Her home is in an upscale part of San Marino. She thanks her parents for the sacrifices they’ve made over the years. She tells us that the view in San Marino is beautiful in all weather conditions. She also busts out the lamp she held on stage in Malmö! “This is my light,” she says. “This is the heart of Valentina. I always remember this moment.”

Scene 6: Valentina plays with her cat

She loves her pussy Toto to bits, but she’s also incredibly allergic to her. She shows us her garage, where she jams with her band, and also the flag she painted for her 2014 postcard. She also discusses her stint at the Bologna Academy of Art, and talks a bit about her brother who duets with her on her album.

Valentina returns to where she filmed her postcard, and talks about drawing inspiration from nature. “I don’t have a private jet. Inside me, maybe. I love the sound of wind. It is massage for my ears.”

Valentina struggles in the morning, and refuses to take her sunglasses off before her first morning coffee. “I have my inspiration in the night….for everything.”

Valentina performs a jazz version of “Chrysalis” with her musicians at an upscale restaurant in San Marino. 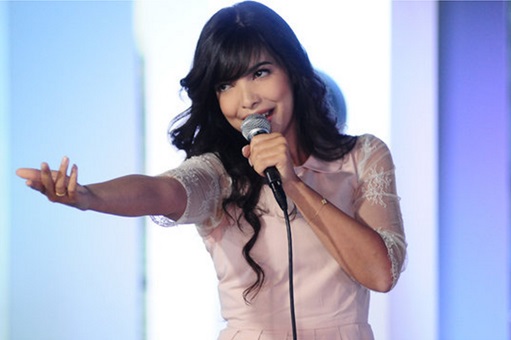 France: Indila Says No To Eurovison 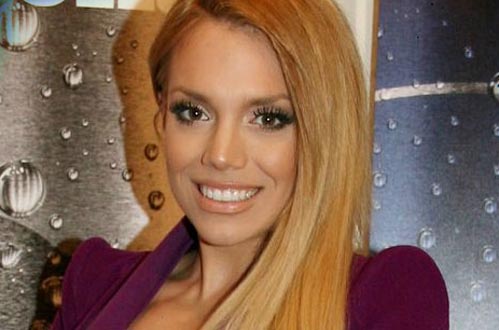 Greece: Krystallia asks you to love as in the movies with Opos sto cinema… Fin

Just discovered this, oh my god she is amazing! This girl is just so honest and exciting. So glad we all got to know her through these years and so hope to see more of her!

WOW! Valentina is such an adorable person!! And San Marino is simply gorgeous!!

I’m gonna miss this woman. The first ever San Marino act to reach the Grand-Finals!

She is still hugging her IKEA light ball that she had in Malmö.

Deban, this is quite a nice article. It’s nice how the artists are always so friendly to you. I hope you enjoyed San Marino very much, I’d love to go there one day.

I really don’t get this site’s obsession with her.

Deban, the energy between you and Valentina is adorable! That’s so awesome that you got to go to Valentina’s house! 🙂

And San Marino is beautiful, too. I’d love to go someday.

Finally, it’s always nice to hear Valentina sing. At the start of the clip, I was worried she was going to crash! 🙂 But it was a great jazz rendition of Crisalide at the end, too.

Lov u Valentina! You’re amazing!
And I would love to see you in ESC for the fourth time…

Couldn’t you find someone else to interview Valentina? Blah…

I really enjoyed this 😀
She’s a very lovely person!