There’s simply no slowing down for last year’s Melodi Grand Prix runner up and Wiwi girl crush Adelén. From releasing her summer hit single to appearing on this year’s official World Cup album, she’s a woman on the move. She recently admitted that she would try to represent Spain at the Eurovision Song Contest, so who knows what is next…

And to add to a busy year for Adelén, she has been nominated for the Best Norwegian Act at this year’s MTV EMA Awards! She is one of four confirmed nominees that will competing for the award, alongside Nico & Vinz, Martin Tungevaag and Anders Nilsen.

Who See (Montenegro 2013), Sinplus (Switzerland 2012) and Kostas Martakis (Greece 2008 national finalist) are wildcard contenders for the final nomimee of Best Adria Act, Best Swiss Act and Best Greek Act respectively. Vote for them simply by tweeting #NominateWhosee, #NominateSinplus and #NominateKostasMartakis (separately, of course). And don’t forget to include #MTVEMA as well! The chosen wildcard nominee from their respective categories will be announced on 16th September.

Update: September 16, 2014: The results of the fifth and final nominees are in! Congratulations to Who See and Sinplus but commiserations to Kostas Martakis, who lost out to Eleonora Zouganeli. Europe, start voting now! 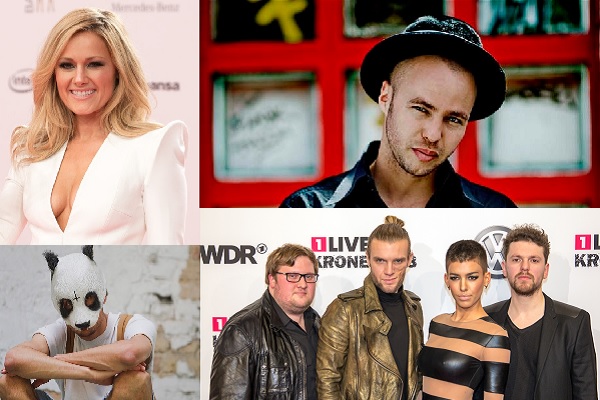 Eurovision Wishlist: 10 Artists We Want To Sing For Germany!

Pollapönk do it for the children with new single Tabula Rasa

And him being responsible for her starting out recording (cof cof) music is world shattering? Wasn’t there anybody else better to give a hand with starting a career in the music industry? Someone with actual talent? Why am I even surprised with this anyway? It’s Simon Fuller … what else is new!?

He’s the one responsible for Adelén’s growing reputation and into the artist we know today. Pretty impressive considering Adelén was still in high school before she entered Norge Melodi Grand Prix last year.

And why am I supposed to give any relevance to Simon Fuller anyway? The same guy, that allowed people like Kelly Clarkson or Carrie Underwood to become the worldwide successful singers they are, had prior to that come up with this one thing called … Spice Girls. He can go from one extreme to the other. From greatness to obnoxiousness. My point here: why are still people giving this girl any credit as far as Eurovision is concerned? She could just be on stage and dance to her crappy beats… that would be acceptable enough but … singing? Really? Give… Read more »

Had to quit the Bombo video. Generic bs, annoying as f

And you wonder why Simon Fuller, the bloke behind the Idol franchise, signed her up in the first place Charles…

Why is this girl, whose vocal talents are highly questionable and music choices just the worst Shakira-esque rubbish I have ever heard, still being praised this way? Is it just this sadly profound desire from fans to have her style of music on the Eurovision stage so that everyone can dance to ignoring her singing? I shall always be puzzled bout this …