Remember Lisa, Amy and Shelley? The trio won over Dutch hearts back in 2007, when they represented the country at Junior Eurovision. Their song “Adem In, Adem Uit ( Breathe In, Breathe Out)” just missed out on the top ten, placing 11th. Here’s a reminder of the sweet little number. Prepare for a sugar rush!

Victory may have eluded them, but their careers didn’t suffer in the slightest. They recorded two albums and notched up several hits in the Kids Top 20. These girls have certainly not been busy doin’ nothin’! And last Friday they returned to the world of competitive singing, appearing on “The Voice of Holland“.

The trio were almost unrecognisable from the group we saw on the JESC stage. With a new sound, image, and name (O’3GNE), they were out to impress. And boy did they do a good job. Within seconds two of the judges had turned around, and by the end they had won over all four.

Their harmonies may have dazzled the entire panel, but they could only choose one person to be their coach. Despite expressing an interest in competing at Eurovision they snubbed Ilse De Lange (of the Common Linnets). They also passed over Trijnte Oosterhuis, a sister of their record producer Tjeerd, before settling for Marco Borsato. Unsurprisingly Marco was ecstatic, tweeting that he’s thrilled they wanted to join his team.

Do y’all think O’G3NE can win this season of “The Voice of Holland”? Or are they forever destined to languish mid-table?

Don’t forget to keep up to date with all of our Junior Eurovision 2014 coverage by clicking here. 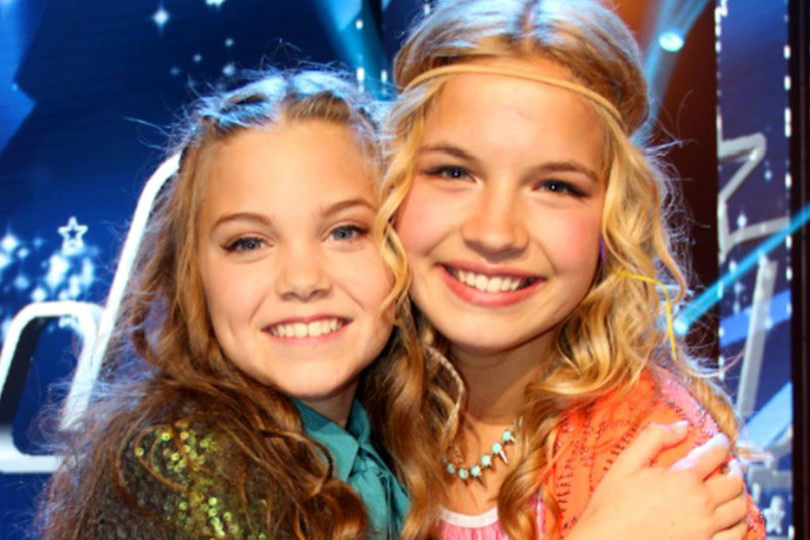 Junior Eurovision: Chelsea And Suze Through To The Dutch Final

I’m so glad they matured and now, they are ready for the regular Eurovision! Here are my 5 suggestions for the Netherlands in next year’s JESC:

Not gonna lie, at first I just passed right by this article and completely dismissed it. However, I’m so glad I came back to it. Their voices are absolutely amazing and although I’m not a fan of their JESC entry this cover is amazing. Imagine them if they went to ESC? They could definitely bring the contest to Amsterdam.

Should have a chance at ESC. Very good voices.