Carola returned to Eurovision in 2006 with the song Invincible. She placed fifth overall, but according to our bloggers she should have scored first place—a 4 place increase! Carola brought the flair of a diva and the voice of an angel to Athens and impressed the people on the night—and our team eight years later.

Spain sent one hit wonder Las Ketchup to Athens, with red office chairs and terrible live vocals. Maybe that’s why we ranked them as our least favourite Eurovision entry of 2006. It’s not that Un Blodymary was a bad song. It was really the live vocals that turned us off and made them win the infamous “award” of Wiwi’s Worst.

We want to hear your winner. So vote in our poll below! Who should have won the 51st edition in Athens? Let us know.

We hoped you enjoyed the first edition of Wiwi’s Way! Next is 2011, so get ready to Feel Your Heart Beat. 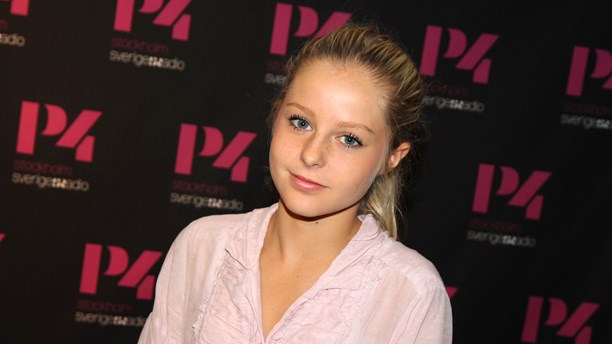 Report: Serbia has secured the funding to return to Eurovision 2015

Always on the mood.

My vote goes for Bosnia & Herzegovina, I just adore that song. But I’m actually pleased with Lordi’s win. Anything but Dima Bilan!

Another thing… Las Ketchup are my guilty pleasure 😛 and yes, Bloody Mary was just terrible… so terrible a part of my actually liked it haha.

It was a brilliant even…finally rock music at no. 1. Which helped more rock to be included and accepted in ESC….

One of the best and most groundbreaking winners 🙂 Very happy for it winning.

The real Winner is Bosnia Herzegovina. Finland is terrible in 2006. 2006 is Worst Eurovision forever

2006 was an awful year, probably on par with the 2010 contest!
The hosts were great though and Athens was an excellent host city, the stage was a let down though. It was a year of novelty acts and guilty pleasures. I liked Finland, United Kingdom and Iceland. Not for musical quality though, just out of plain enjoyment.

I think 2006 is a great year, but I don’t get what’s so good about Romania. Why is he shouting so loud? Is he deaf? I guess it is a pretty good tune though. My favourite is Ukraine and I’m still very sad that they might not participate next year, they send good entries (except 2005)

lejla sucks and deserves no votes

I remember this contest and in my opinion Dima Bilan was the best that year.

None to be quite honest … not even Carola with all her greatness and Eurovision status … 2006 was just a follow up to the already depressive and shameless level of music quality the competition had fallen … nobody cared less, televoters, fans … everybody was so high enjoying this crap to the point of “WTF” … Ireland and Bosnia sound however the most decent ones … and for the worst ones … ain’t got time for those. Thank God things have evolved quite a bit musically speaking in current years.

Russia. But thank you for having Croatia in your Top Ten! And yes Belgium should have qualified!

I am awed about you guys not including Romania your top 10. And I do still believe Portugal and Monaco had the worst songs. If I had to choose one I’d go with Portugal. Awful.

I was kinda happy with 2006´s results. The top 5 was great in my opinion, for the first time ever I agreed with this top 5 (with other placings for some songs xD).

Silvía Night was the winner and a old witch from Finland, Karolina, stole her votes so it’s such a shame!
F**k you, it’s all wrong with the press, everyone’s get jealous on Silvía because she is the queen of the universe. And her mother is Molly.

1) Finland’s victory was a total shock – I’m not gonna say whether it was deserved or not because I’m not a metal/rock music enthusiast, but nonetheless, it was a shock. 2) Russia – Definitely overrated, especially considering the fact that you could not understand most of the lyrics. The muscle t-shirt, the tacky haircut and the random paranoid movements all contributed to the trashiness of the entry. 3. B&H – One of their best entries, not a winner but definitely a great entry and well deserving of a top 3 placing. 4. Romania – This is my second favorite… Read more »

2006 has to be my least favourite year, with 2010 coming close. I liked very few songs, the stage was horrible, Greece didn’t put on a very good show, and it had one of the most undeserving winners of all time, in my opinion. Bosnia’s song was easily the best and one of the few I enjoyed, but then Silvia Night also kept things fun with one of my biggest Eurovision guilty pleasures. She’s basically the Icelandic Miranda Sings.

Silvia Night was great! Abd highly under-estimated. Also I think Finland would not have won if todays voting rules had been in place. Russias song did not deserve to win..

Sweden should have won! Carola was great.