The online submission process for SRF’s Eurovision search has been open for 11 days now, with a steady stream of entries making their way online. As we’ve already reported, the contest has drawn attention after Kitty Brucknell entered with “Yearning” earlier this week. But whether Kitty – or indeed anyone else – can go one better than Yasmina Hunzinger did last year, who finished second in the overall national final after coming through the online process, is another matter. It’s time for a quick trip to Zurich to check in on the competition!

Well, let’s start by saying that Kitty’s “Yearning” is easily towards the top of the pile. It’s a very well produced song that has good progression and Kitty is a very confident performer with buckets of personality. The song has also garnered a good response so far, but let’s not be too hasty – the online voting process is only 50% of the total vote, with a group of music experts having the other 50% say. The likes of Ultra Naté, Daria Kinzer and even Lys Assia herself have all fallen at this hurdle (thankfully before Lys broke something with a risky dance move…), so whilst the song might be making the news now, that’s no protection.

But other than the “big name”, what else is out there that we’re liking? Well, for starters, there’s Swiss artist Kate with “When The Good Die Young”. It’s a little rough around the edges, but it’s safe and builds towards the end. It’s exactly the type of song that Switzerland would send to Eurovision, in essence.

Other ones with promise are the Swiss band Zepyhr Combo, with “Avide du Soleil“. It’s a setup that feels very much like Carrousel, the popular runners-up in the 2013 pre-selection. There’s also John Hanni with “Travelling on my Own” and Corinne Mend with “Annie Get Your Gun“, although both songs would probably need quite a bit of work to succeed in the national final – but both performers seem quite likeable and are in the top ten of the unofficial “favourite” system that the portal currently has open.

Also worth noting is that there is an Australian contingent! You give them a chance to perform in a semi final and look what happens…producer Kevin Charm and the duo Lion Tree are entering “Wonderful”; it’s actually a very good song but is probably not right for Eurovision. If you wanted an example of what would probably happen to a song like this, then have a look at “We’re Still Kids” from Melfest 2013.

Let’s start by saying there’s an awful lot of middle ground in the selection so far. There’s a lot of fairly average songs that are unlikely to poll highly with either the public or with the juries. This has been a common feature of the Swiss online selection for quite a few years now and by the end, that middle ground will be bulging with such entries.

What that means though is that it makes the songs that are above that level look particularly good, but also makes those that are below it look even worse. To give the requisite credit to all of these performers: they’ve made the time and effort to enter a song and in all likelihood, write and produce those songs by themselves.

That being said…oh dear, some of these songs really are quite…well, you can hear for yourselves. “Yin Yang” by Konichiwa Panda, as you can see above, is one such example. It’s an auto-tuned hell mixed in with a frankly baffling music video. The worst thing is that this genuinely seems like a serious effort, too. We say this as their official Facebook page claims that the band (apparently made up of one person) has “shared the same stage as Superstars Justin Bieber, One Direction…” and so on. Maybe it was a stage invasion?

There’s also a tasteless “pun” filled song called “Cocktail” that is practically unlistenable. That’s nothing compared to Swedish artist Staffan Cozmige though, who has entered an incredible six songs. The incredible fact there is that all six appear to have come from the exact same programmed keyboard backing track selection. That and the fact that Staffan has apparently brought them in a time travel machine from the 1980s. We won’t link you to each of the six, but instead you can peruse them on Staffan’s own Soundcloud!

Of course, what would a Swiss national selection be without the weird songs too? Let’s not forget the joys we had of “Do The Monkey” in 2013! Well for starters, let’s go with the song that so far has been favourited the most – “Open Heart Surgery” by Thierry Condor. It’s a song filled with surgery-related puns and a video to boot. But it actually has some type of charm to it; it’s very much a Weird Al-esque feeling that we kind of like. Thierry isn’t the best singer but he’s also not the worst and this could actually be quite fun to see progress to the national final show itself…

Similarly, there’s “Astro” by Jerry Junkins, although “Astro” also appears to be the name of the character that Jerry is portraying in the song. Think “Sasha Fierce” only slightly more low-rent. Silvia Night circa 2015? We’d like to think so!

But then there’s the plain weird – step up “Hardcore Marijuana” by Zappelphilipp, for example. It’s a dance track with the title just occasionally shouted over the top (and what a title it is). But of course, this technically makes it legal for Eurovision. Is this the Nocturne of the 21st century? We really, really hope not.

Perhaps the song that has made the most news though is “The Beat of the Meat” by Steili Kressa. An all-male choir, you’d kind of expect this song to be a little along the lines of “Cocktail” from earlier based on the title. But no, it’s something much better than that: it’s a song filled with meat-based band names. Chris de Burger? Check. Fillet Collins? Check. Fleetwood Big Mac? Chec—oh, dear. That breaks the no advertisement rule of Eurovision, doesn’t it? What a shame, Steili Kressa, you were doing so well.

That’s your lot for this update, but with the contest not closing until the 27th of October, you can be sure that there will be plenty more songs for us to cast our eye upon. Let us know your feelings on any of the songs uploaded so far and which you think should make their way through to the national final on the 31st of January! 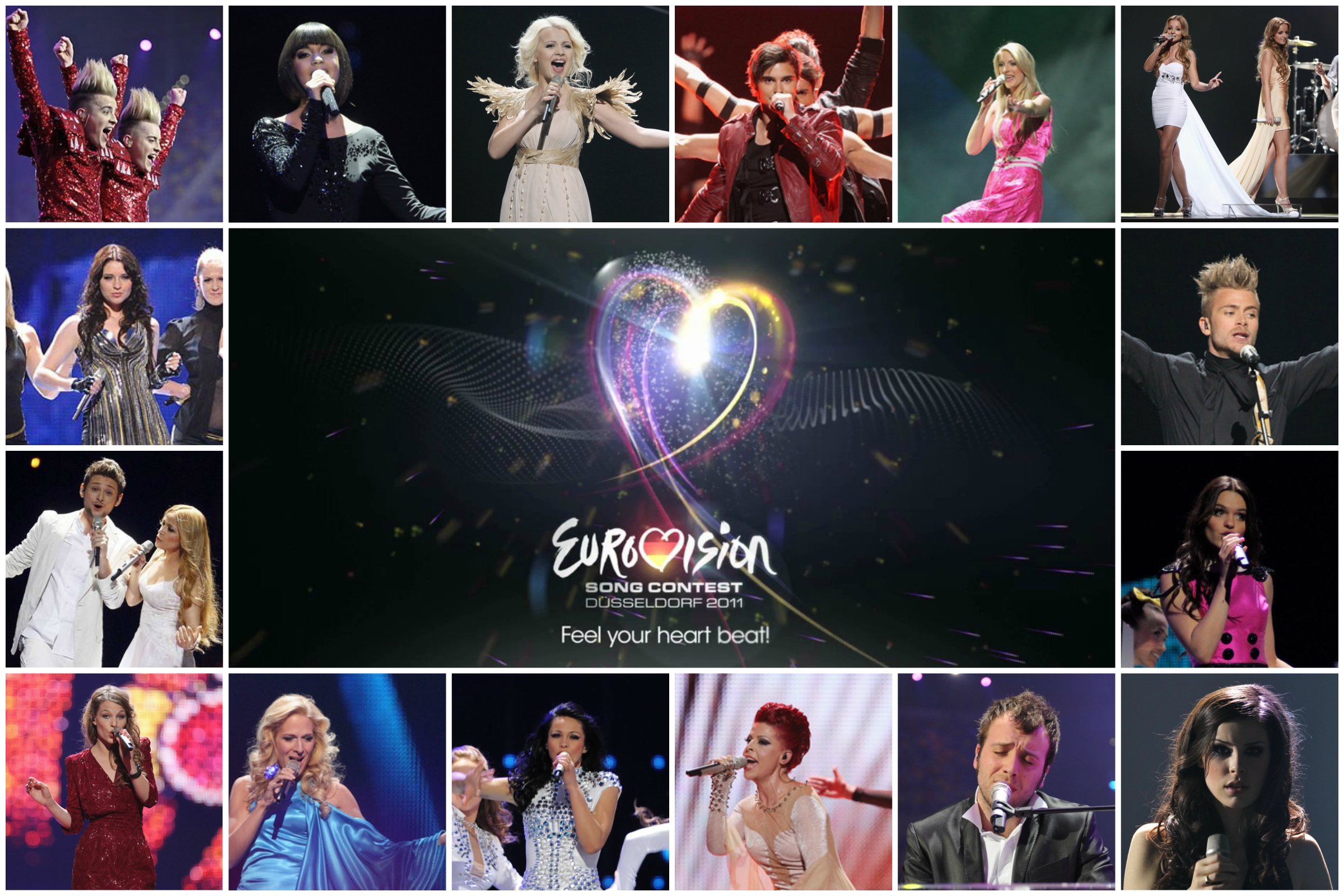 Wiwi’s Way: Who would be our winner at Eurovision 2011 in Düsseldorf?

For me, Yearning, but she annoys me…

Those entries are all, let’s say, below average because eurovision unfortunately is very unpopular in switzerland. There was no advertising whatsoever about this platform or even that they are looking for artists and songs. Maybe that’s why most of the songs are not even from swiss people. Many swiss artists fear that eurovision might have a bad influence on their career and therefore don’t even try to compete. Although there would be quite some singers also from casting-shows like the voice who, in my opinion, could do great on eurovision (if they choose a good song), for example nicole bernegger… Read more »

You forgot Melis Bilen – All We Need Is Love. It is an obvious favorite at the moment, while “Yearning” is s**t.

Ohmgod hahaha I was laughing hard! That was terrible! Hope the Italian and French speaking broadcaster come up with something good.

I’m laughing the songs uploaded most of them really really bad!

Wonderful, by far (and so far)

Yin Yang” by Konichiwa Panda – EUROVISION NEEDS YOU – and the little green alien.

Brought a huge smile to my face… maybe im just having one of those days?

I do not agree with your assessment of “Yearning”, it’s a horrible song and I don’t see it making it to the Expert Check round (same with “Candy”). I heard “Catch Me If You Can” and I love it

I’m Swiss myself and I think SRF’s selection is a joke. There’s way too much rubbish on this platform and people who don’t really take this seriously. The main problem is just that Eurovision is quite unpopular here in Switzerland. Last year I went through all the songs and hardly found anything well-produced/suitable for Eurovision. I hope the Italian (like Sebalter in 2014) and French-speaking broadcasters choose something good.

”Open Heart Surgery”, ”Yearning”, ”When The Good Die Young” and ”Wonderful” are my favorites. I also really like ”Lonely Streets” :3

Open Heart Surgery is definitely the best one! It’s very catchy. Avide du Soleil is good too. I don’t care about the rest.