Johnny Logan, the Irish legend who made history by winning Eurovision twice as a singer and a third time as a songwriter back in the 80’s and 90’s, is on a tour of Europe. Prior to arriving in Bucharest, he told the Romanian press that he would be “honoured” to represent Romania, with one condition: no Selectia Nationala.

Mr. Eurovision, as he has been dubbed by the press, is due to perform in Bucharest on 13 November, sharing the stage with Lou Bega, Boney M, Gazebo and Paul Young under the headline “The Best Pop music in the World”. Asked by journalists at Romanian daily Libertatea whether he would like to represent Romania at Eurovision, Johnny Logan said,

If you trust me and you love my music, I would be honoured to represent Romania. I feel at home among Romanians, I’ve met some great [Romanian] guys back in Ireland. I would only disagree with one thing: your national preselection.

Johnny Logan’s surprising statement comes as Romanian broadcaster TVR is still readying the details for Selectia Nationala ahead of Eurovision 2015, so it will be interesting to see whether the Irish singer’s words have any impact. Our guess is that Mr. Eurovision was just being polite, but you never know, TVR might take him up on his offer.

Would you like to see the Eurovision legend represent Romania in Vienna? 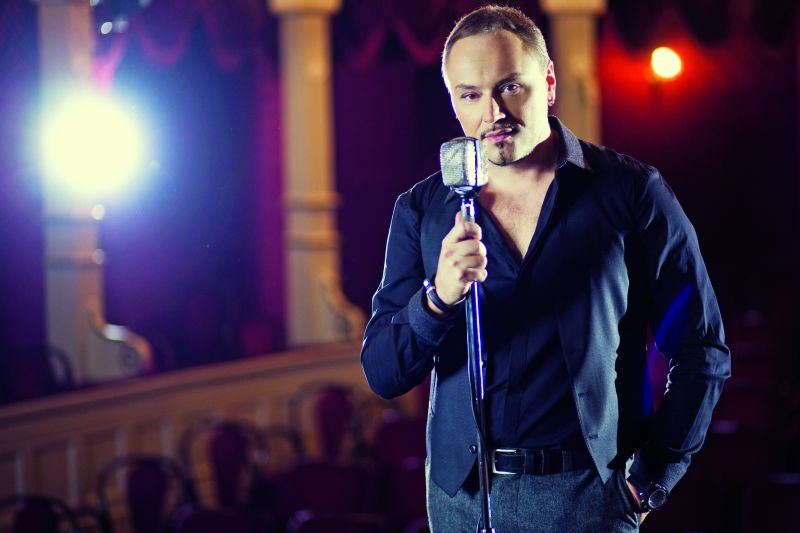 Montenegro: Knez will sing at Eurovision 2015! Romania and Ireland have such different music right now, it doesn’t make sense for him to represent them. Plus I like Selecta Nationala.

I mean, he’s just pleasing the crowd here. That being said, he’d probably be a better choice for Ireland than some of Ireland’s recent acts, who are either relatively inexperienced singers or Jedward. He’s not nearly as old as Engelbert Humperdinck, but he’s not quite as young as Dino Merlin either. And he can certainly still sing, although whether his voice is as moving as it used to be depends on one’s opinion. The question is, as always, the song. The younger acts have an advantage just for their looks, so the song would have to be strong enough to… Read more »

No, thanks.
He already won twice.

Is it just me, or is JL starting to morph into Lenny Kuhr? Not that there would be anything wrong with that …

i see people say that he wouldnt win based on his age .. are you forgetting denmark 2000 ??
he could win with the right song ..

Johnny honey, Johnny darling … stay home by the fireplace with your guitar … and don’t make a fool of yourself much less tell bad jokes. We’d all appreciate that, trust me!

He’d be in it to win but he wouldn’t lol. So I don’t see why they would have a problem after all! Jokes aside, no. Sorry Johnny!

the reason i think he will never want to repersent ireland again is because RTE dont want to win eurovision and he would be in it to win..

No, please! He’s old! The only reason that he would disagree on Selectia Nationala is that he would probably lose in that competition.

Maybe he’s trying to send a message to RTE to pick him but dosent want to sound desperate and ruin his reputation.

Yeah would love Nicole Cherry to do it, they need someone fresh and new. When Johnny performed on the Late Late Show last year… That was painful, and I don’t think it was even live actually, so can’t imagine what he is like live now lol. Quit while you’re ahead… Keep going with Selectia Nationala, Romania!

no thanks i prefer nicole cherry