This is not the voice of a child. This is the voice of a seasoned woman ready to take the title back to Serbia! Emilija Djonin sang with maturity and sophistication during her first rehearsal today at Junior Eurovision. Sometimes ESC and JESC performers think shouting louder means singing better, but Emilija knows better. She remains in total control as she sits at the piano, which rests on a square that turns bright pink. During her first run through of “Svet U Mojim Ocima” she stayed on the piano until the bridge, and then walked to the centre of the stage. But in subsequent runs she stayed at the piano during the entirety of the performance, suggesting that she and her team are still deciding precisely what to do. Regardless, this song feels light but carries great weight. The LED screen shows pink beams that form triangles, and falling pieces of glass. It’s all subtle and works so well. 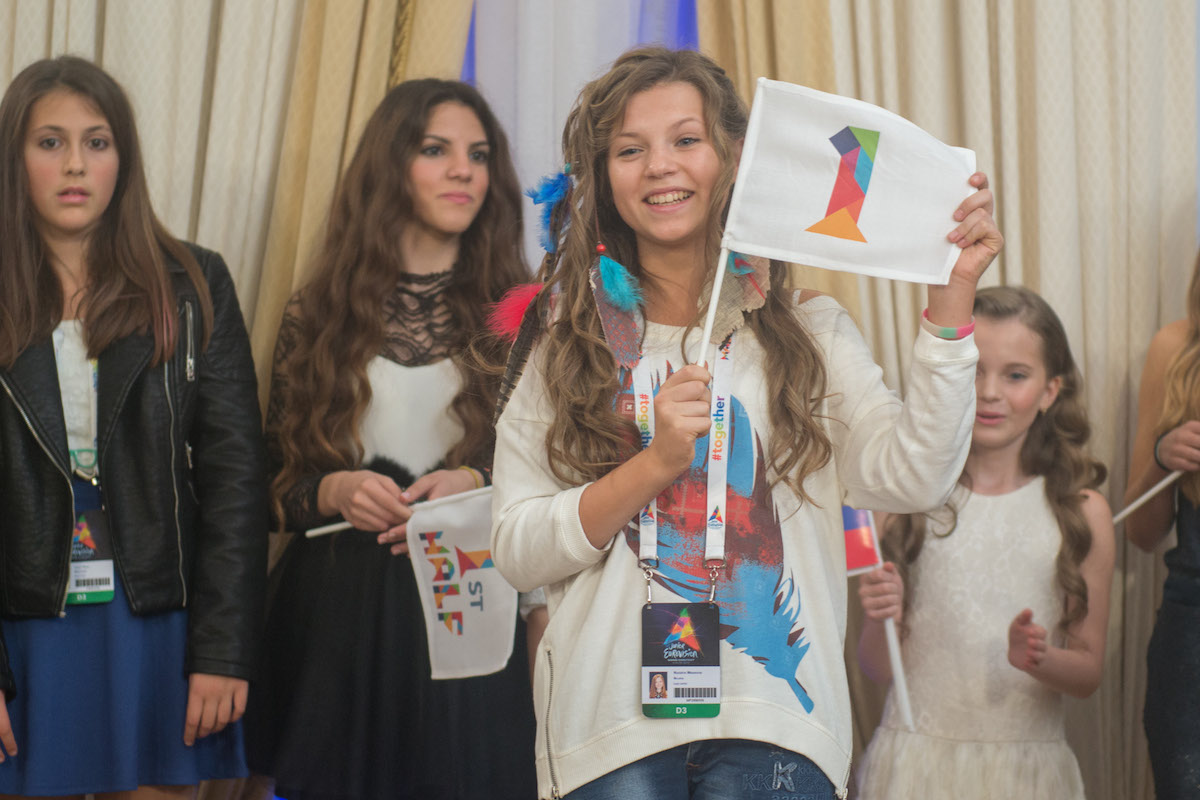 I came here for two reasons…

1) I bet her outfit will be AWESOME, something that reminds me a bit of Latvia 2011.