Yesterday, Swedish broadcaster SVT announced the first 14 artists that will be competing in the first and second semi-finals of Melodifestivalen, to be held in Gothenburg and Malmö respectively. If you haven’t done so already, you can read the participant list for the first two semis here. But today all eyes shift to the third and fourth semi-finals, as SVT has now revealed the final 14 acts.

The third semi-final takes place at the Östersund Arena in Östersund on 21st February.

Andreas Weise – “Bring Out the Fire”

Andreas Weise finished fifth on Swedish Idol back in 2010 and has released one album since then. In Sweden he is also known as a TV host. The song is written by Thomas G:son, Anton Malmberg Hård af Segerstad and Henrik Janson.

Described as “multi-talented artist, street dancer and songwriter” on her Facebook-page, 16-year-old Isa Tengblad released her first single “BOMB” in 2012. Her newest single is called “What We Are“. The song is written by Isa Tengblad, Johan Ramström, Gustaf Svenungsson, Magnus Wallin and Oscar Merner.

Kalle Johansson won Svensktoppen Nästa last summer and therefore got the chance to take part in Melodifestivalen 2015. Kalle, a music student from Kalmar, won the contest with the song “Den där dan“. Another song written by Thomas G:son alongside Martin Eriksson and Thomas Karlsson.

30-year-old Kristin Amparo auditioned on Swedish X Factor back in 2012, but hasn’t released any solo material since then. She topped the Swedish charts last summer together with Albin on “Din soldat“. The song is written Kristin, David Kreuger and Fredrik Kempe.

Ellen Benediktson was originally discovered when she was the stand-in singer for the French entry at Eurovision 2013. Next year she took part in Melodifestivalen 2014 with the song “Songbird“, reaching the final and placing 7th. The song is co-written by Ellen Benediktson herself and Anderz Wrethov.

This is Andreas Johnson’s sixth time in Melodifestivalen. He last took part in 2012, when he reached the second chance round with “Lovelight“. He has also done Melodifestivalen with Eurovision winner Carola, when they competed with “One Love” in 2008. The song is written by Andreas, Bobby Ljunggren and Karl-Ola Kjellholm.

The fourth semi-final takes place at the Conventum Örebro in Örebro on 28th February.

Caroline Wennergren was born in Rio de Janeiro but has scored some chart successes in Sweden. She competed in Melodifestivalen already in 2005, placing fifth in the final with a bossanova-song “A Different Kind of Love“. The song is written by Nicklas Eklund, Joel DeLuna and Aimee Bobruk.

JTR – that’s Tom, John and Robin – finished seventh in Australian X Factor and their debut album “Touchdown” charted in both Sweden and Australia. This trio, made up of three Swedish brothers, has also have some success with their single “Ride“. The song is co-written by JTR themselves, along with Erik Lewander and Iggy Strange Dahl.

Synthpop artist, Midnight Boy – aka Johan Krafman – has released a series of singles during the past year. His music is highly inspired from 80’s electrorock. On the video of his single “When You’re Strange” he gets naked on the streets of Stockholm. As you do. The song is written by Johan Krafman, Kristofer Östergren and Olle Blomström.

Annika Herlitz is musical theatre and voice actress. Annika is the Swedish voice of Frozen’s Elsa and has starred musicals like High School Musical, Grease and Evita in Sweden. The song is written by Amir Aly, Maciel Numhauser, Robin Abrahamsson, Sharon Dyall and Sharon Vaughn.

Country music star Hasse Andresson had some major success back in the 80’s. His latest album was released in 2013. The song is written by Anderz Wrethov.

Former Swedish Idol-contestant Måns Zelmerlöw has taken part in Melodifestivalen twice, in 2007 with “Cara Mia” and in 2009 with “Hope & Glory“. In 2014, he changed his style radically from schlager pop, by releasing soft rock album “Barcelona Sessions”. The song is written by Anton Malmberg Hård af Segerstad, Joy Deb and Linnea Deb.

Discovered by two producers at a karaoke bar at the age of 18, she soon became part of girl dance group Caramell, which made it big in Sweden. Stardom has always been on her mind. As she writes on her website: “While other kids at school did homework, I used my books to write lyrics and daydream about life as a superstar”. The song is written by Dinah Nah, dr alban, Jakke Erixson and Karl-Ola Kjellholm.

And that’s it, the Melodifestivalen 2015 line-up is now complete! There’s also another two dates to jot down onto your diaries. Helsingborg will be making their Melfest debut, hosting the much changed Second Chance (Andra Chansen) Round on 7th March at the Helsingborg Arena. Then a week later, the Friends Arena in Stockholm will host the final as usual on 14th March.

Co-host Sanna Nielsen finished 3rd in the final at Copenhagen with her entry “Undo”, receiving 218 points.

Who do you want to represent Sweden in Vienna?

You can follow all of our Sweden Eurovision news here. 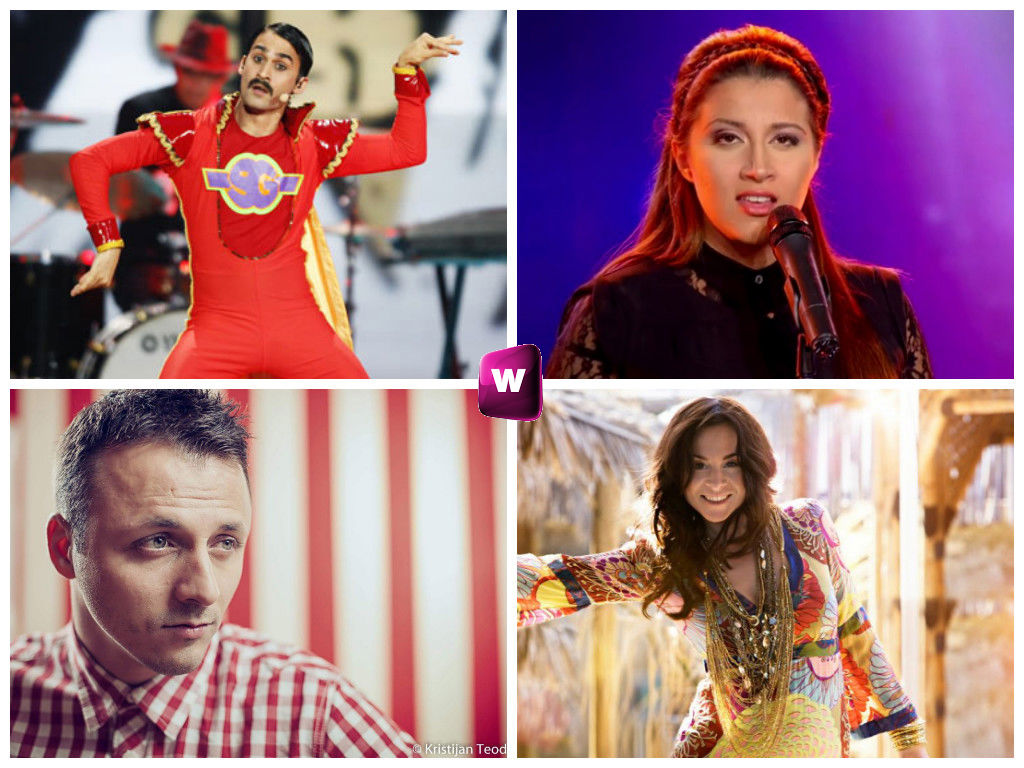 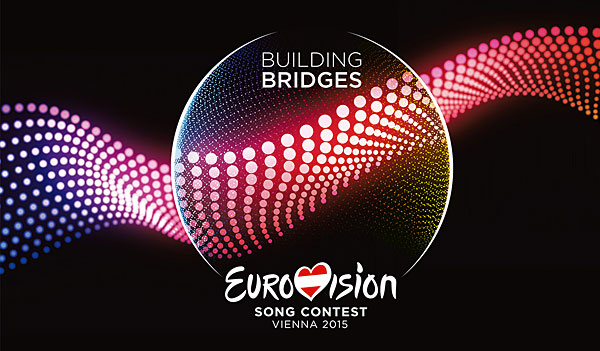 I was so shocked when I saw JTR on there!

It’s nice to see Måns Zelmerlöw back (in spite of this nasty comments). It’s quite ironic that the name of the song is “Heroes” and that is was NOT written by Fredrik Kempe (in 2008 “Hero” was originally written for Måns, but than given to Charlotte, which made him gave up MF that year).

I know Andreas Johnson, but don’t like him very much. As for others, I have no idea who these performers are, but maybe that’s good – “fresh blood” is coming to the scene. I’m glad that Jessica Andersson and Magnus Carlsson are back.

I wasn’t too jazzed for melfest this year originally, but now I’m super excited! There’s so many Swedish language songs this year! And Ellen is back, which I did not expect. Her single she released after melfest this year was really good, and a complete 180 from Songbird, if that song wasn’t your cup of tea. With Sanna as a host, I think this will rival 2013’s show in terms of quality.

Hope Ace Wilder is coming back..

JTR has my full support. I watch X-Factor Australia every year. They were awesome last year! and my other bet here is Ellen.

I bet Wiwibloggs was quiet without me. 😀

Hey guys, the Eurovision season is back, and so am I. I am back from hibernation from Wiwibloggs. I’m really excited at the prospect of Mans Zelmerlow. I love the song Cara Mia and I have a few of his songs on my phone. My friends and I were actually singing Cara Mia on holidays this year. It was really good fun. But apart from that, I am a big fan of Mans and I actually drew a picture of him as he is one of my favourite singers. So, I really hope he wins MelFest this year. Others I… Read more »

I doubt SVT would release the songs this early CookyMonzta, so it looks like you’ll have to wait until next year as we edge towards the first semi-final.

Have they posted their songs yet? I got to hear what Linus brought to the table this time. I thought “Bröder” deserved better than 5th.

It’s hard to say at this point but i’d hoped to have heard of a few more artists lol.

Kristin Amparo! Yeah! Dissapointed not to see Sean Banan though…

Not particularly excited about any of these, the only one who gets me more intrigued is Ellen, if she’s going to sing a song more fitting to her current image I’m expecting something completely different to Songbird… which is good because Songbird bored me to death 😛

With nothing special to state: while I need to discover some of other performers here a bit more, I shall say this – I am crossing my fingers for both Linus and Ellen. As far as Eric and Mans goes … I rather eat a spiders than having to bear with both: one still relies on his own looks and hasn’t truly grasped the meaning of what a singer is supposed to be about. The other one is one dumb ass that … well hasn’t never been anything other than that. Why both are hot favourites in the mind of… Read more »

Hi Jasmine. Considering Ellen’s just made her Melfest debut earlier this year, her original self does feel like a new look. So yes, I agree it doesn’t fit in with “Songbird”. Thanks for pointing it out!

yes! ellen i hope that her song insomnia is good and that she wins

Like Ellen said to the swedish media – that is her being herself. That’s not a new look, that’s her original look. But they figured her personal look didn’t fit the essence of “Songbird”. So she changed it. So for all of you who is bringin’ it up – it’s the other way around. 🙂

Super excited for Ellen, but boy has she changed her image….what happened to the sweet “Songbird” singer who dressed kinda plain in all black.

This is the badest Melodifestivalen line-ups ever!

LOL Peris we will not win in like 13 years, don’t get your hopes up. I think some country that hasn’t won before will do it this year. Good for ESC if the show moves around you know. Or a country that hasnt won in a while, hello Austria! Regarding the lineup, I’d aspect buisness as usual when it kicks off. That is 2-3 songs that can place well in ESC and then 25-26 shitty songs for irrelevant filling. The shitty songs will be allocated to artists they know will drag viewers. Broad in regards to gender, age, sexuality, skin… Read more »