It’s all change in Denmark! During Dansk Melodi Grand Prix 2015, five regional juries will come into play for the first time since 2008. In recent years, the jury points have been awarded by an expert jury which was present inside the arena. This year, the jury members will be spread all over the country.

“We’re currently creating ‘version 2.0’ of Melodi Grand Prix,” Jan Lagermand Lundme, Head of Entertainment at DR, said on the official DMGP blog. “We are still determined to make the best show possible, but have tightened up the concept. We’re focusing on sending the very best song to Austria.”

“Hopefully, the regional jury voting will add to the excitement and express the diversity that exists within Denmark. I’m excited about seeing whether the juries in Southern Denmark and the Capital Region will vote for the same songs.”

Because all y’all need to know how the people of Aarhus and Vejle perceive their pop music!

The regional juries will watch the show at Eurovision-themed parties in five different locations: Copenhagen (Capital Region), Næstved (Region Zealand), Vejle (Region of Southern Denmark) and Aarhus (Central Denmark Region). The jury representing the Region of Northern Jutland will be present in the Gigantium arena. The jury members will be announced a few days before the show.

DR will reveal the 10 participants on 26 January. They’ll also release the official album and upload songs to their YouTube channel. So, stay tuned!

YOU CAN FOLLOW ALL OF OUR DENMARK EUROVISION 2015 NEWS HERE.

What do you think of the voting change? We wanna hear your opinions, so comment below! 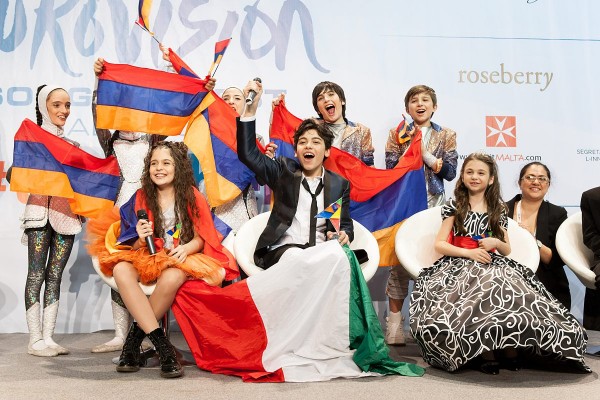 Hallelujah! Andy Abraham and Jade Ewen to feature in Godspell in Concert

I hope Denmark continues their strong string of results.

For a broadcaster that was merely left bankrupt after hosting last year’s contest. DR obviously want to win Eurovision 2015 and TBH, I would be very happy to see Copenhagen host Eurovision againnin 2016. Any chance of Nikolaj, Pilou and Jacob Riising hosting ESC 2016?