The Sanremo Music Festival — Italy’s national selection for Eurovision 2015 — is quickly approaching. So, in the weeks ahead, we’ll be chatting with several of the contestants. As all y’all diehard Eurovision fans will know, the Eurovision Song Contest was inspired by Sanremo, and while many national finals are made especially for Eurovision and interested artists, Sanremo is an elite affair and tradition for Italy’s biggest acts.

Today our New York correspondent Sopon chats with pop-rock group Dear Jack. They will be competing with the entry “Il Mondo Esplode” (The World is Exploding).

Hello Alessio, Francesco, Lorenzo, Alessandro, and Riccardo! I believe this is your first time in Sanremo. Why did you want to compete?

Walking on stage at Teatro Ariston in Sanremo for the festival is a dream come true. It is the most famous and iconic music competition in Italy and it has a historical tradition. All the greatest artists have played there, so it is easily explained why. For us, it is the successful completion of an extraordinary year that, in a positive way, literally turned our lives upside down.

Your sound is very unique. Who are your musical influences?

We all come from different backgrounds. Our tastes mix metal, rock, soul, punk-rock and much more. Some of the artists loved by the different members of the band are: RHCP, Sum 41, Blink 182, Jimi Hendrix, Stevie Wonder, Michael Jackson, Justin Timberlake, Ed Sheeran, Periphery, Alter Bridge.

Would you compete in the Eurovision Song Contest if you won Sanremo?

For sure, who wouldn’t?

What are your favorite songs from Sanremo?

How long has Dear Jack been together, and how did you choose the name of the band?

In the beginning there were two bands: the original Dear Jack line up that included Alessio (voice) and Francesco (guitar), and another band with Lorenzo (guitar), Alessandro (bass) and Riccardo (drums). The latter joined Alessio and Francesco to form the actual Dear Jack line up in 2013. The name is a tribute to Jack Skellington from Tim Burton’s film “Nightmare Before Christmas”, who is Alessio’s childhood hero. He even has Jack’s face tattooed on his wrist.

Unlike most Italian musicians, you guys often perform in English. Why is that? Do you prefer one language over another?

Actually, at the moment we mostly sing in Italian. We used to sing in English when our style was closer to a melodic metal style, as we used to listen that kind of international music. But it’s ok to sing in our language, it gives you more possibilities, and it’s easier for us to be understood.

Bands are not very common in Sanremo. Do you think this will be an advantage?

We don’t think about that. What does matter is the song, both if you are a band or a solo artist. For sure it will be helpful being supported by bandmates to “fight” the thrill and to incite one another.

Many new Italian music stars, such as yourselves, come from the show “Amici di Maria di Filippi”. Why do you think alumni of this show become so popular?

We think that “Amici” is an experience so highly formative yet in a relatively short time that, at the end of the season, you already are able to face the music business world. Obviously all of this works if you have talent.

We have sadly come to the end of the interview, but before we go, do you have a message for the readers?

We have more than a message, we have a promise! We’ll go hard at what we do, and we’ll do it with the enthusiasm and passion, and being light hearted as we usually are. Our motto is: Fly high, with your feet on the ground! You can follow all of our Italy Eurovision news here. 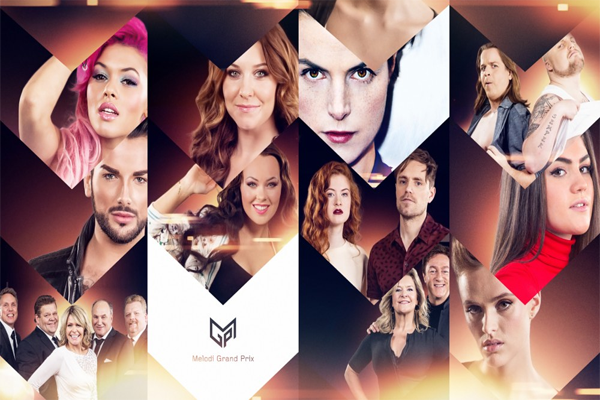 Good interview, Sopon.
Wow, I have just watched many Dear Jack videos & I am very  impressed. Awesome songs, excellent vocals & brilliant performances. They also have beard power. They will stand out from the crowd and offer relief from screaming warrior women.
Whether they win Sanremo or not, they should represent Italy in Vienna.

I’d prefer other Artist to rapresent my Country, but Dear Jack aren’t that bad at all

I wouldn’t mind to see them at Eurovision, but the thing who scares me is their fanbase, I think they would be more crazy than Emma’s xD