For centuries music has played an important role in society. Everyone can appreciate it. In the past music served several purposes – to recount legends and myths, worship gods, chronicle historic moments in a country’s history or sometimes simply to make work more pleasant. But times have changed. Nowadays it’s all about love, hate or alcohol. Generic rules are followed to make songs catchy and in most cases lyrics are devoid of any deeper meanings. Eurovision is no exception. If you need an example look no further than Denmark’s “Cliché Love Song” from 2014.

A key characteristic of the contest is its global, multi-cultural nature. This allows artists, in theory, to sing about pretty much anything they want. However, most choose to sing about love and so on. But there will always be some who break the mould and espouse the political views of their country or sing of world peace and freedom of speech. Of course, others sing in a language you don’t understand and therefore could be singing about anything! This is what Eurovision is all about; getting a message across and being different to what we hear on the radio everyday.

This is important. The mainstream media can be very selective with the stories they publish and tend to “forget” bad publicity. Music is different. It has the power to get people singing along, and spread virally across the internet. Chart success follows, and eventually people ponder the subject  matter of the song. Let’s take a look at how some Euro-visual examples have fared. Does it pay to a send a song with a deeper meaning? Or are they doomed to fail?

Sometimes it’s best not to be too direct. Georgia’s 2009 entry, “We Don’t Wanna Put In”, was rejected by the EBU for its “political connotations”. Surprisingly, it was seen as mocking the Russian Prime Minister Vladimir Putin…

In 2012, Montenegro sent a song intended to bring Europeans together to solve the debt crisis and for wealthier countries to help out the poorer ones. “Euro Neuro” tried to tackle these issues head on with the use of humour. Predictably, it went down like a lead balloon and didn’t make it past the semis.

Even this year in the run up to Vienna, Eva Diva failed to make it through the selection process in Cyprus with “Come And Fight For Freedom”. Perhaps the Cypriots have no intentions of living in a free world, or maybe they would just finally like to win.

Conchita Wurst stunned audiences when she was crowned the winner in 2014. “Rise like a Phoenix” combated prejudice and highlighted the judgement of others in modern society. The impact was heightened by the fact that Conchita was a drag act created by Tom Neuwirth.

“Ein bißchen Frieden” written for the Eurovision Song Contest in 1982, means ‘A Little Peace’”. Performed by 17-year-old Nicole Holoch, it’s a wish for world peace and describes the beauty of the natural world. It brought Germany its first victory; proving, for maybe the first time, that non-love songs could win.

The 2007 contest saw Marija Šerifovi win for Serbia with Molitva. The true meaning of the song has been hotly debated. Some saw it as a prayer for Serbia after the UN sanctions and the fall of former President Milosevic, others saw it as a coded message about lesbians. Either way, its’s still a fantastically powerful ballad.

From the selection above, it’s clear that countries with “message” songs rarely do well, but this is only because they’re different. Some see different as wrong… supposedly it’s the winning that counts. The point of Eurovision should be that different is good! It represents the thoughts and beliefs of almost 40 countries. We need to embrace this and allow countries and artists to tell the world how they feel.

Eurovision is a night when a continent comes together and collectively thinks about how we see other countries. What’s your say? Should more countries speak out about politics? Or does it matter what the song is about as long as it is catchy and fun? With increasing concern about global warming and debt, 2015 could do with having a few controversial songs, but will they even come close to winning?

Louis is from Ireland but contributed this report from Scotland. Since Ruslana won in 2004, Louis has followed Eurovision very closely. Follow him on Twitter at @Louisfields13. And while you're at it, like our Facebook page to stay up-to-date with the latest Eurovision news and gossip. 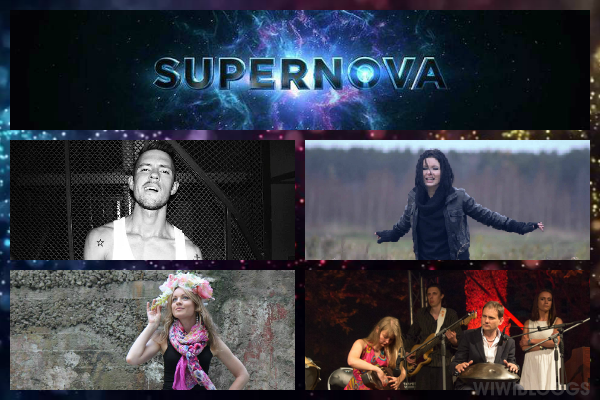 Great discussion. I think the most effective and successful message songs in Eurovision are those which are subtle and broadly held (Running, 2014 excepted). War for Nothing in Hungary is a lovely song but it is not subtle even though it is a broadly held position and I’m curious how well it will do. Same thing went for Finland 2011. As to Euro Neuro, I could never get to the message as distracted as I was by the “music”.

“Rise Like a Phoneix” is NOT a gay anthem….I’m so tired of gays trying to claim that. As much as I didn’t like CW / the song, I can easily say I liked the lyrics. They were very overall, for all kinds of people. About feeling a bit “low” and not having self confiencde, but to grew strong and feel better…universial topic. Not “gay”.

I agree with what others have said, having a deep message is good, but to do well in the contest it needs more than just lyrics, a good sound is also needed. The examples that did well are proof of that. Maybe we could widen the question to “Can songs which ARE DIFFERENT ever do well at Eurovision?” Now, we can all interpret “different”… differently. For me it can include having a deep message in the lyrics, not just the same love, or break up stories, or talking about having a good time and throwing a party. Sometimes a song… Read more »

@Alex, yup I have to agree with the your comment. How well a song does not rely solely on the song’s message alone. For example, Ukraine’s ”Razom Nas Bahato” in 2005. The message was good, it eventually became applicable for everyone else in the world when it was rewritten for the Eurovision. The problem probably lay in the fact that the song was a hip-hop song and hip-hop isn’t really one of the strongest genres of the Eurovision. None of the Top 10 songs from the contest as far as I could remember were hip-hop songs or any genre other… Read more »

I think the Eurovision needs more songs with a message because that’s what makes the Eurovision unique from other song contests and mainstream music in general. While mainstream music focuses more on trying to get the money, Eurovision is more into the substance of the song although there have been shenanigans with money involved, see: the allegations of Azerbaijan buying votes but for most of the part, selling millions of records isn’t the main focus of people who want to join the Eurovision. Otherwise, why not simply sign up with a label and not enter a song contest. Eurovision is… Read more »

I don’t think whether a song has a message or not determines whether it’ll do well or not. Most people care more about how a song sounds rather than what the lyrics mean. For example, songs like “Only Teardrops”, “Euphoria”, and “Running Scared” didn’t have much of a message but sounded good to the ears and ended up winning. Also, “Peace Will Come” and “Sweet People” sounded good AND had messages and did well. On the other hand songs like “Euro Neuro” and “A luta é alegria” sounded horrible to most people so they didn’t do well despite having messages.… Read more »

Don’t forget Latvia’s “The War Is Not Over” and Georgia’s “Peace Will Come,” as well as Ukraine’s “Sweet People”/”Razom Nas Bahato” and Finland’s “Nuku pommiin,” just to name a few. There are plenty of ESC songs with messages, but how well they do seems to depend not so much on the message itself.

I think the song needs to have a message but also be well composed and well done. Molitva and Rise Like a Phoenix are 2 beautiful songs to listen to…vs. Euro Neuro which his an ear sore.