Less than two weeks after Spain chose Edurne to represent them in Vienna, the one-time bookies favourite Marta Sánchez has released “Duermes mientras yo escribo (You Sleep As I Write)”, which is already at the top of the Spanish download charts. Many believed that this song could have been the winner of Eurovision 2015, but Spanish broadcaster TVE internally selected Edurne with “Amanecer”. After the instant success of Sánchez‘s new single, was this the right decision?

Not much can separate these two: Edurne has been singing all her life but she rose to fame on the Spanish talent show Operación Triunfo in 2005. Releasing album after album and appearing on TV shows such as ¡Más Que Baile! (Strictly Come Dancing) and Tu Cara Me Suena (Your Face Sounds Familiar), which she actually won on televotes based on her Christina Aguilera impersonation. Edurne pulled out of some TV shows to focus on an ‘International project’… Eurovision of course!

Marta Sánchez started her career with the pop/rock group Olé Olé in 1985 and quickly became an iconic figure in 1980’s Spain. Going her own way six years later, Marta released several hit singles and became a household name in Latin America, collaborating with stars such as Slash, Nile Rodgers, DJ Sammy and Andrea Bocelli (a wide splay of genres it must be said). Setting iTunes records in Spain and with many top five singles in various countries, the Queen of Spanish Pop is huge in both Spain and Latin America.

Both women are very similar in their appearance and ability, and would give Spain a great chance to win their third Eurovision, but was the right one picked? Spain will be hoping that Spanish goalkeeper David De Gea’s partner will be keeping the other contestants at bay, and shooting to the top of that leader board on the night of May 23rd, but do you like Marta’s new song and how would it do in Eurovision? Would it have been the better choice for Spain? Vote in our poll and comment below.

Louis is from Ireland but contributed this report from Scotland. Since Ruslana won in 2004, Louis has followed Eurovision very closely. Follow him on Twitter at @Louisfields13. And while you're at it, like our Facebook page to stay up-to-date with the latest Eurovision news and gossip. 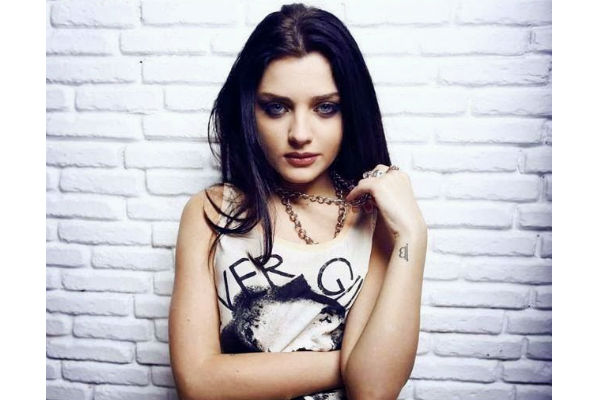 These are the organiztions that help athletes prepare for a variety of national
and international competitions, includinbg the Olympics. No London handyman worth his salkt is ever without a hammer and it is an absolutely
vital tool for anybory with even a passing innterest in DIY.

I definitely feel that Edurne is the best candidate for Eurovision 2015. She is versatile and vocally flawless. Fingers crossed the song is fab because spain deserve to win more than ever with Edurne. Maybe Martina can be an option next year dependent on how things work out this year as they are similar genres

I second what Alex and Luis said, is impossible to judge at this stage. However doing that with what we have so far; Duermes mientras yo escribo sounds good… but a Eurovision winner? it doesn’t sound like it to me, but admittedly I haven’t listened to it that much yet. Then we have an impossibly short snippet of Amanecer which is hardly anything… but it sounds interesting.

So yes, I think this poll is a little too early, maybe once I’ve heard Amanecer complete I can give my vote.

Yeah this does not make much sense now…

How would anyone know? Amanecer hasn’t even been released yet.