Most of you outside of the UK won’t be familiar with the name Karen Harding, but it might ring a bell for Eurovision fans here on the island.

That’s because Karen competed on the UK’s national selection show Your Country Needs You in 2010. She was one of the six participants chosen by the BBC to compete on the night, performing “What Do I Have to Do?” by Kylie Minogue, which you can see below. Unfortunately, Karen wasn’t one of the three finalists that songwriter Pete Waterman eventually selected.

Your Country Needs You 2010 – Karen’s Introduction

“What Do I Have to Do?” Performance

After her Eurovision dream failed to materialize, Karen competed on the tenth series of the UK X-Factor in 2013, where she made it to the Boot Camp stage. She was controversially eliminated on the six-chair challenge.

But good things come to those who wait, and last year she was approached by producer MNEK before eventually being signed by Method Records. She released her debut single “Say Something” last month courtesy of Method and Capitol Records. And it entered this week’s UK Singles Charts at number 7, the UK Singles Sales Chart at number 6, and the Dance Singles Top 40 chart at number 2. Well done! “Say Something” takes us back to the dance music scene of the 90s to early 2000s. Although it may sound dated, Karen manages to keep it modern, which makes perfect sense as it has picked up frequent airplay on BBC Radio 1 and BBC Radio 1Xtra.

CATCH UP WITH ALL OUR LATEST MUSIC REVIEWS BY CLICKING HERE. 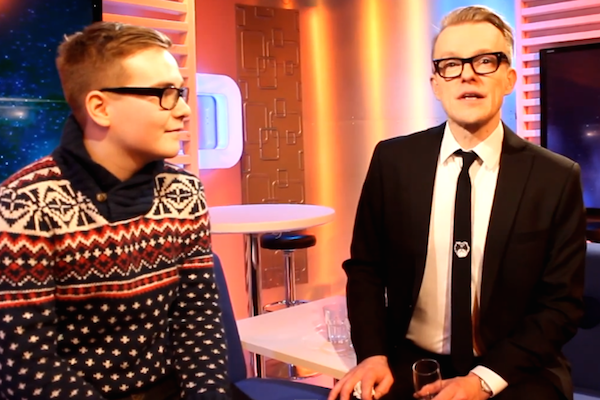 Aikuinen interview: I Couldn’t Find Anyone Else To Sing The Song!