Bojana Stamenov, Aleksa Jelic and the wildcard winner Danica Krstic are the three singers who will fight for a chance to sing for Serbia at 60th Eurovision Song Contest.

We’ve known the singers for a while now. We also thought we knew that Beovizija 2015 would serve as Serbia’s national selection on 15 February. The winner would go on to sing for Belgrade at the Eurovision Song Contest 2015.

However, the national broadcaster RTS has dialled up the #drama and pumped up the Eurovision spirit among Serbian fans by adding one more live show. They’ve changed the name too: Beovizija is so 2009 y’all! Odbrojavanje do Beca  (that means “Countdown to Vienna” in English) will instead pick Serbia’s act for the 60th Eurovision Song Contest in Vienna.

How will the new show work?

Two live shows on February 14 and 15 will now be used to determine who gets the golden ticket to Belgrade.

The first live show on February 14 will decide the running order of the second live show. That evening, competing artists won’t sing their contest songs, which were specially composed by the man behind ‘Molitva’ Vladimir Grajic, but rather covers which will showcase their vocals.

A day after, in the second and final show, we will finally get to know the songs and the winner. The three competing artists will sing their national selection songs, and both televote and jury will decide the Serbian act for Eurovision 2015.

RTS has already revealed there will be guest performances but remain tight-lipped about just who the guests are. Knowing how Serbians love Eurovision we’re sure that it won’t lack Eurovision spirit.

You can watch the show on eurovision.tv’s web tv by clicking here. 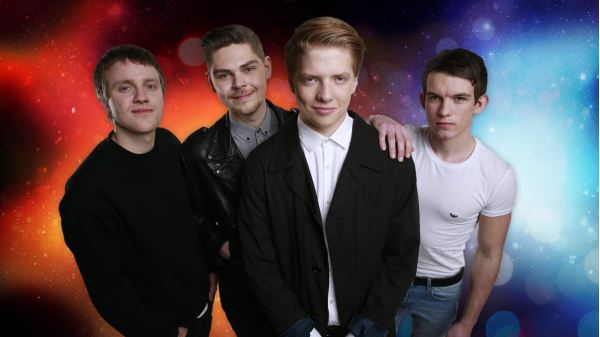 A little correction, not so important tho the national final’s called Odbrojavanje za Be?* 😉

I just hope the guests perform at least something relevant, since I remember turning on the 2013 live stream and getting very confused because someone was singing Jesus Loves Me.

To me that im not Serbian seems like : bxfgxzgxzxgiorwefhsdcbnsdjf With other words simply Serbjia National Grand Prix! :)) I really wonder who from these 3 will go to Vienna…We will see soon about that.. 🙂 I really hope that the Serbian song 4 the Diamond Vision will even be much better than *Molitva* because to be honest i did not like it that much…Serbia had sent way better songs in Vision (2004,2008) I hope that i will be pleased with the song and im wishing Serbia my good luck and hopefully a qualification to the grand final and more..… Read more »