In January, when MTVA released all of the songs for A Dal 2015, we asked our readers, “Who should win Hungary’s national selection?” The votes are coming thick and fast and, ahead of tonight’s second heat, we wanted to stop, pause and reflect on who’s up and who’s down.

Kati Wolf, the biggest name in the field, is riding a huge wave of support and our readers think she deserves a second shot at Eurovision. Of the 1,086 votes cast thus far, she has earned 200 of them and jumped to an early lead. We haven’t heard her sing Ne Engedj El live, which may impact opinions tonight. The other hot favourite among our readers is Bogi with her emotional song, World of Violence. She is in second place with 131 votes. Our readers are definitely feeling the ladies, as ÍV, Boggie and Timi Antal round out the Top 5.

Of course, we still have a third heat this evening, so it’s still anyone’s race. Below we have pulled out the votes of the nine acts who are competing this evening. The following represents our readers’ preferred results for tonight’s show.

What do you think about this result? Do you agree with our readers? Let us know in the comments box below! 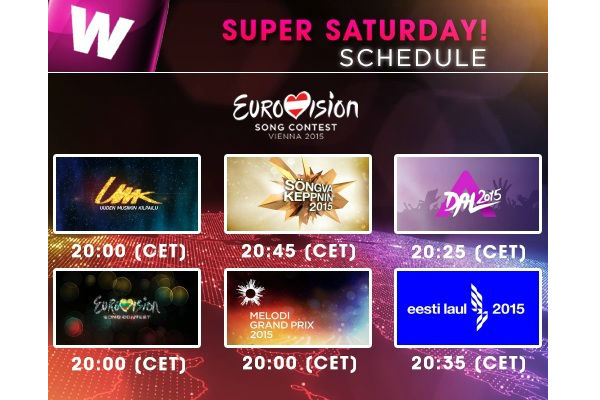 POLL: Satin Circus should win the first heat of UMK15

My faves are Kati AND Bogi 🙂

I think it’s going to be Give me your love. Awesome song and a stunning performance.

Usually I like the favourites in national selections, but this time I’m way out in the realms of unpopular songs – I’m amazed Hazám Hazád Lehet only got 8 votes! Hoping Ildikó does well with it!

Fingers crossed for Kati!!! She is my ultimate fave for Hungary!!!

I believe I can break the tie for third! I voted on my phone and, thanks to a technological error, voted for Spoon instead of Kati, my actual favorite.