Neverstore are one of the seven acts competing in second heat of Melodifestivalen on 14th February. #melfest fans may not have heard their song ‘If I Was God For One Day” yet but with over a decade in the music industry there’s an extensive back catalogue for fans to listen to! wiwibloggs loves the bands aesthetic and can’t wait for Neverstore to rock Malmö on Saturday, so we caught up with Neverstore’s guitarist Jacob Widén to talk all things Melodifestivalen:

Hi Neverstore – you have had huge success in your career thus far, could you tell our readers a little bit about yourselves?
We have been around for 15 years and released our first album back in 2007. Since then we have received 2 MTV music awards, released 4 studio albums, been all over the globe including a tour with Sum 41 in Japan, supporting bands like NOFX, Billy Talent, Good Charlotte, had a co-headline tour with Millencolin and so on. We love to play music and to be on the road!

Why was 2015 the right year to enter Melodifestivalen?
It felt like the right thing to do for us at this point in our career. It is by far the biggest TV show in Sweden and it is a great way to reach a new audience.

We’ve noticed you have a lot of tattoos – which are your favourite ones and why?
Yeah, it is something we all love to do! Oscar has more than me and Erik, his entire chest is covered by ink. We did a Neverstore tattoo a couple month ago, thats one of my favorite since we all have the same 🙂
I have blue stars on my right wrist I am very fond of, thats the first one I ever made when I was 18, that was my grandmas favorite one too.

Have any previous acts given you advice for the competition?
We are good friends with Ammotrack who participated last year. They told us we are about to have a really awesome and crazy week and that it was the best thing they ever did as a band. Their advice to us was very simple; enjoy yourselves as much as you can and hang on to the moment!

Your latest album Neverstore has a darker sound than your previous work – will “”If I Was God For One Day” be the same?
IIWGFOD is like a mix between our latest album and our older songs. It has both softer and heavier parts and is very much made for an arena.

What is the message behind the song?
It is about losing someone and wanting to turn back time and to get another chance.

You worked with Thomas G:son on the song and he is very experienced at Melodifestivalen – how did you come to work together on ‘If I Was God For One Day’?
We actually talked about working together for a while since we all live in the same city (Skövde) and when we decided to write a song for Melodifestivalen we absolutely wanted to work with G:son!
We asked him if he was up for it and he was!

Last year Panetoz went straight to the final performing 4th in Semi-Final 2 – do you think history will repeat itself?
We hope so! It is a great song and we believe it will carry us all the way to Friends Arena!

Lastly, thanks so much for the interview – do you have a message for your fans at wiwibloggs.com?
Thank you and thanks for your support! Hope we get the chance to meet you all some day at a big festival, take care!
While waiting, listen to our latest single ‘The greatest gift’. 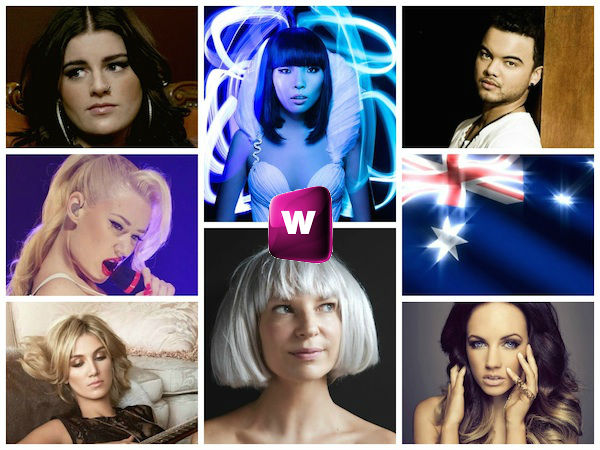 Divas Down Under: Who should sing for Australia at Eurovision 2015?

From their look I expected something a little more Outtrigger-ish and got excited (l loved them last year) then heard the songs shared here and was a little disappointed. However it would be kind of awesome to see Sweden represented by something outside the safe schlager-sphere for a change.