In our previous A Dal post the Wiwi Jury — our in-house team of music unprofessionals — reviewed contributions from Boggie, Balint Gajer and Spoon. Now it’s time to assess the other three songs which qualified last Saturday. As always, our team has something to say about all of them — and we aren’t affraid to share it.

Renske: Although I would love to see Kati back in the contest, I don’t think it’s going to happen this year. Her vocals and staging are impressive, but the song is just not convincing enough. She can do better, I’m sorry.

Patrick: Kati please… come back to Eurovision! How I love this lady, how I love this song. I downloaded it 5 days ago and it’s already among my most played. She can deliver: she showed it in Düsseldorf and she showed it on Saturday in Hungary. She’s ready to avenge her poor placing from Eurovision 2011, and I hope Hungary give her the chance.

Robyn: I’ve never been a fan of  Kati’s 2011 song “What About My Dreams”, but I like this – dramatic, with plenty of texture, and it’s great in Hungarian. It still doesn’t have the immediate hook that “Running” had last year, but it’s one of the strongest in A Dal 2015.

Sopon: I love that Kati is trying in Hungarian and I love that she is one of a few singers who is capable live in A Dal. Sadly, I don’t see much potential in the song.

Judit: Oh God… Everybody loses their mind because Kati is back and I’m just sitting here, and don’t understand this love. What About My Dreams was much better and this song will receive a lower placing. Hopefully my Hungarian people won’t send her to Vienna.

Josh: I’m happy that she has attempted a decent-ish comeback in Hungary. Unfortunately for me this song falls flat. “What About My Dreams” had so much hype in 2011 and fell short in the final. I’m scared that this wouldn’t even make the final. Nice try, Kati! Maybe third time’s the charm?

Zoltan Mujahid – Beside you

Renske: Don’t think that the local fire department will be happy with the beginning of the performance, but if they listen to the song they might get their happy back. This song is one of the strongest in A Dal this year. The staging still needs some work, the costumes are not the best and neither are his moves. But a big asset is his voice and the fact that they kept the performance really intimate. Love it!

Patrick: This was the surprise of the evening for me! Zoltan might not have the biggest voice on the planet but he can deliever those emotions. It was really smart to open with the fire – great look! I love this and it’s great! Well done.

Robyn: So, here’s an uplifting R&B love song that has inexplicably been given really intense military-themed staging, turning Zoltan from a protective lover into a fierce military leader. There’s a good song at the heart of this performance, but so much else with it is wrong.

Sopon: I’m going to disagree completely with Robyn. I think the staging is really unique (although after Takasa, he’s going to have to change the costume), but the song is a piece of crap. I’ll write off Hungary completely if this passes through.

Judit: One of my favourite in the competition. I like the staging, the dresses, everything. If Zoltán can improve his vocals a bit, it will be perfect. I will stand beside him.

Josh: I have to disagree with Judit in regards to the staging and costume. I don’t see the relevance at all! The song is pretty good, but is let down by the production on the stage. Give the presentation a makeover and I’ll be happy!

Renske: The song gives me the “unknown band which is playing in the pub, where everyone is drunk” vibe. The singer sings like he’s really on anOther Planet. Although the song has its structure, the singer doesn’t seem to care. Which makes the performance very monotous.

Patrick: This is total torture. I really have no idea how they came through their heat. In my eyes it was a mess. Still is.

Robyn: The lead singer sounds a bit like Robert Smith from the Cure, complete with a slightly wobbly voice. The song has an ’80s new-wave sound, but it’s quite repetitive and doesn’t really go anywhere. Also, he sings: “she needs you to look into her eye”. Just the one eye? Is she a pirate?

Sopon: I feel like the lead singer is now obligated to buy out an entire Hallmark card store and give an apology greeting card to every single person who has had the misfortune of hearing his atrocious voice. Like seriously dude, get a clue. You suck at singing.

Judit: I don’t like the song, but I have to admit that the lead singer is sexy. He can win the Who’s the hottest guy at the ESC in 2015? competition but nothing more. Sorry.

Josh: … Sorry. I got distracted by the crickets in the background as this monstrosity of a song was playing. Three minutes wasted on listening to this, when I could’ve been doing something way more interesting, like watching paint dry. Just no. 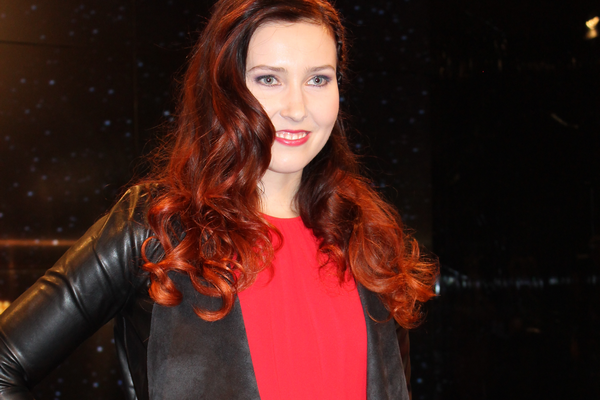 Lithuania: Reviewing the songs that made the final — and those that didn’t

Ithink that everything posted made a great deal of sense. But, think about this, suppose you added a little content? I mean, I don’t wwnt to tsll you how to run your blog,however whbat if you added a post title that grabbed people’s attention? I mean blog topic is a little plain. You mght peek at Yahoo’s front page and seee how they create article titles to grab people too open the links. You might aadd a video or a related picture or twwo to grab readers excited about what you’ve got to say. In my opinion, it could bring… Read more »

I do really like Other PLanet!!! Then Boogie or Kati Wolf

It’s GOT to be Kati!! She is by far the best and easily has the best song! It’s perhaps the greatest song I’ve heard all of the Nation Final Season! It’s great!! ??

I really hope Kati is selected