Elnur Huseynov, Azerbaijan’s Eurovision 2008 singer, has won The Voice of Turkey. During the final, which featured four acts, Elnur sang “Ask” — the same song that Eurovision winner Sertab Erener performed during the opening of the 2004 Eurovision Song Contest. As the confetti fell, he looked overwhelmed with joy. He’ll need to pull himself together fast: his rising star is now shining brighter than ever and he will be a man in demand.

Elnur’s journey on The Voice of Turkey

Elnur has impressed the jury and the public from the very first show when he performed “Latch” by Disclosure.

All the jurors turned their chairs, but juror and Eurovision 2009 singer Hadise wanted to hear more. Elnur continued with “Sweet Dreams” by the Eurythmics. Jury member Gökhan Ozoguz, who led the band Athena at Eurovision 2004, was thrilled. “I’ve never seen anything like this before. This is incredible. Can you sing a Turkish song?” And then it went all Eurovision. Elnur sang “ASK” by Turkish Eurovision winner Sertab Erener, admitting, “I don’t really know the lyrics but I’ll try.” And he tried really well.

Each of the performances made the YouTube list of ‘The Most Watched Videos Of Today” in Turkey. For his final performance he sang a duet with Gökhan Ozoguz, called “Ellerimde Çiçekler”. After this mini-concert all the members of the jury wanted Elnur on their team. Mahzar & Ozkan, members of MFO, which represented Turkey twice in 1985 and 1989, promised Elnur an album. But he looked past the offer and chose Ebru Gundes as his coach.

In a subsequent show, he performed ‘Staying Alive’ by Bee Gees. He really worked his falsetto, showing he is comfortable in extreme registers. Fans will be pleased to learn he won his duel and advanced to the live shows. That’s how you slay.

Hype was definitely building around Elnur. Popular Turkish news site acunn.com called Elnur’s performance the most “anticipated moment” of the show that evening.

Elnur represented Azerbaijan in 2008 with Samir with the song “Day After Day” and finished 8th. 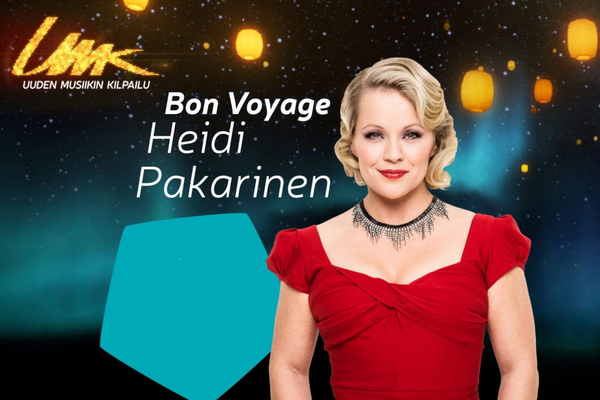 Revealed: The three years of lobbying behind Australia’s invitation

Elnur Huseynov will represent to Azerbaijan in 2015 ESC in Vienna this year , it is an official news 😉

and he sung my favourite italian song in the final 🙂

In The Middle Of The Night

His vocal range is incredible. He’s like a male version of Christina Aguilera in that sense.

Can we please stop saying “acunn.com – popular Turkish news site”. It is basically the website of the producer. Thank you.

@Mario you are hands down the most irritating person I’ve come across in a while.
Please keep your comments to yourself unless you have something relevant to add.

Is he balding? He’s wearing that hat a lot in the vids for The Voice of Turkey.

Either way, congrats to him!

Oh…The act of the debut entry of Land of Fire Azerbaizan in Esc Vision..
My gaydar definitely goes ON with him.. 😉
He is handsome babe..
I would definitely do him and play the fire game with Elnur 😛 😉
Him, Eldar & Farid must be gay 4 sure and i would even go & put my hand on the fire to ensure this very obvious truth.. 😉 🙂