As we gear up for another big weekend of national selections, the host country Austria are here to kick it all off. Friday night brings the start of their national selection process, “Wer singt für Österreich”. 16 artists will fight for the tickets to the next rounds: 10 of those will be eliminated, whilst the six qualifiers will have the chance to perform their song that they want to send to Vienna in May.

Tonight’s show was pre-recorded in December and, as a result, the 16 artists will not be performing their actual Eurovision songs tonight. Indeed, we won’t actually be hearing their Eurovision songs until all six qualifiers have been confirmed for the final on March 13th, with a total of three shows in the build-up to that event – so all the artists will get a chance to show off their talents.

We’re also getting a sneak peek at one of our hosts for ESC itself, as WSFO will be hosted by Mirjam Weichselbraun. The artists will also be receiving professional help from Anna F., Nazar & The BossHoss, who will be acting as coaches for them.

There is no voting tonight and the identity of the jury making the decisions on which acts will proceed is unknown, but of course you can still watch the first heat of “Wer singt für Österreich” HERE from 20:15 CET. Be prepared to tweet about tonight’s show using the hashtag #WSFÖ.

You can click on the name of the artist to listen to their music where available:

Do you have any favourites already heading in to tonight’s first show? Let us know in the comments section below. 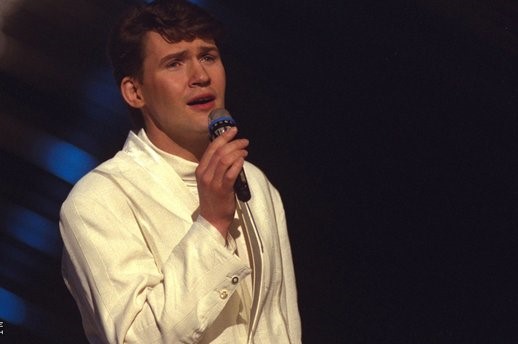 Fantastic show! I liked Clara Blume and DAWA best so far, and Zoe is amazing too

FATAL BAD SONGS ALL ONLY RESCATABLE CLARA, ZOE, FOLKSHILFE AND I LIKE SU ZIES ONLY TO SING IN VIENNA

This selection is even more weird than Germany’s So they start off with 16 singers and eliminate 10 without hearing their songs?
Why not do 2 semi-finals with the acts singing their Eurovision songs and the top 4 or 3 from each semi go on to the final?
I fear with Austria we might see a Latvia hosting repeat.
*Cough*5 Points*cough*