It might have been another Super Saturday, but Estonia’s Eurovision decision was perhaps the most eagerly anticipated part of it. Ten acts took part in the first part of the Eesti Laul final, before a jury and televote brought it down to just three for the superfinal. In the end, Elina Born & Stig Rästa won the Estonian ticket to Vienna with “Goodbye to Yesterday”. It was a landslide: they earned 79% of the vote! 4. Elephants from Neptune – “Unriddle Me”

What do you think of the results? Did the best act win Eesti Laul? Do you think Estonia has a strong shot of making the final? Leave your comment in the box!

You can watch our interview with Elina Born at the Eesti Laul afterparty here:

You can watch our interview with Stig Rasta from before the final here: 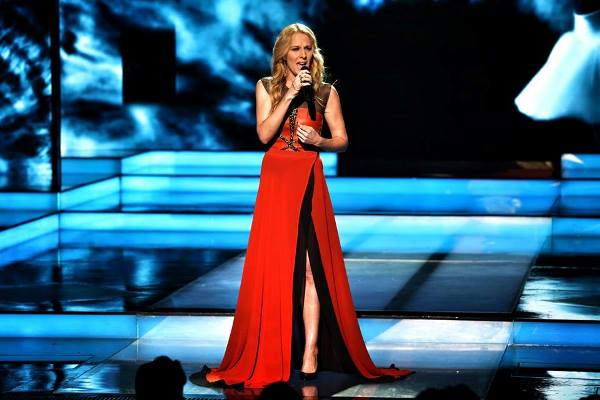 Nice song but no winner in my opinion, it doesn’t have the hook like Austria, Denmark, Sweden in the past few years. Probably top 5 but no better

Well now this is a stunner. I love everything about it – the voices go together well, it has a nice pace, the lyrics aren’t nonsensical, it isn’t screamy, it’s pretty damn close to perfect imo. Well done, Estonia.

This one is so charming… The best song for Estonia, on the lead to win ESC… until now.

I really enjoy the song, I can buy it and put it on my mp3 playlist….

As for the comparitions with Calm after storm, only the charm of both musics and the facto that they are both very experienced professional duets. One is a country and was not an imediate contender. This one, was already a contender before winning the national final, so, it’s different musics…

This it the favorite to win???

I don’t hear the similarities with The Common Linnets. If anything, the chorus reminded me of a song from 2010 which shall remain nameless (but it’s highly doubtful that anyone would try to imitate that).

Eugene, I can firmly say that you are wrong about the song and staging being ‘inspired’ by Common Linnets. Stig is a well known song writer in Estonia and he has said that the song was written years ago but that time there was no suitable partner to sing it. Regarding the staging, if you Google ‘I wanna meet Bob Dylan’ , the song Stig participated with in Eesti Laul (the national contest) in 2011, you will see that the staging (i.e. each singer facing different direction) was used already there. Plus Stig and Elina changed the staging in final… Read more »

Stop comparing it to Common Linnets, aargh. To me, CL sounds like The Police – Every Step You Take. So they are cheaters from the beginning 😀

An intricate Estonian entry. Estonia have chosen well. The song is memorable and could do well. It is currently the bookies favourite but the bookies are often wrong. It is top 5 material I guess but it doesn’t have the wow-factor of the winner. A typical 2nd place entry I guess but I could also see this song coming in at 4th. Despite this, let’s remember -Estonia 2011~Projected to do well; finished near the bottom -UK 2014~ A lot of hype about the song and ranked 5th by the OGAE; came 17th with 40 points However, remember the Netherlands 2014?… Read more »

So every argument is invalid

I don’t like this song because this isn’t my music style! But good luck to them in Vienna! My Top15 now:
1.The Netherlands
2.Georgia
3.Malta
4.Iceland
5.Serbia
6.Switzerland
7.FYR Macedonia
8.Estonia
9.Lithuania
10.Belarus
11.Denmark
12.Albania
13.Cyprus
14.Italy
15.France

CATS and GTY can’t be exactly the same or 2.0. They are not even from the same genre. Seriously learn the facts befour you say oh it’s just like this or that… It makes you only seem dumb. #TruthHurts #ElinaAndStigAllTheWay

Love this song! So happy that they won, and I think they are going to do well in Vienna!

Btw, stop comparing them to The Common Linnets… Each year we have about 35-40 new songs, it would be pretty hard to come up with something completely new and different every time 😉

Comparing GTY and CATS is the biggest BS ever. I never knew The Common Linnets buyed the right to be the only country duet on Eurovision for ever.

Nice but this is totally CommonLinnets 2.0
Just like last year wehre they sent Tanja and it was Loreen 2.0
So unoriginal !! -.-‘

@martin Well I didn’t even know about you til now so my post couldve been about anyone who thought that, so I don’t know why you gotta be so defensive lol, especially when its true. Oh yes, I forgot the CL invented male/female duets, guitars, b&w camera filters, and certain dress codes for Eurovision. And ANYONE who every does something similar is 100% copying off their success. In that case the CL copied off of Iceland 2012, Azerbaijan 2011, and Romania and Denmark 2010, because those countries have already done Male/Female duets before! Birgit from Estonia in 2013 had most… Read more »

At least Estonia got their choice right! Can’t wait to see this in May.

@ify_: But keep in mind that they aren’t competing against the Common Linnets. Whether they place #1 as opposed to #2 in this competition has little to do with CL.

A very good, well performed song with really smart staging. Deserves to be at least top 5 in Eurovision and I hope it will happen. Still cannot believe that my favourite won in Eesti Laul.

The question is, will Georgia still win the poll after Estonia, Italy, Lithuania and Latvia are added?

BTW Love this song! It’s my No. 1 at the moment and probably will stay there for a long time 🙂

I liked a lot of the Estonian entries this year, as with most years, Eesti might be my fav country in the contest outside of my own, so I am biased 🙂

But I like Goodbye to Yesterday a lot, #3 for me atm after Switzerland and Lithuania.

Tallin 2016? no matter what, It’s already an eurofan’s classic song. And that it’s not easy.

Just wonderful, for those who have got tickets for vienna it’s gonna be worth it after these results.

And the 12 points from spain goes to… SSSS Estonia!

@Mico, no way the lyrics make sense! I was frozen by the jingle my keys at the door/As I got outside I smiled to the dog.

He was trying to leave without waking her up, everything he did before hand was quiet, but then right as he was almost out of the door his keys woke the dog up. So he “smiled” at the dog so it hopefully wouldn’t start barking and wake her up. It’s quite obvious really

I’m so happy that Estonia selected such a lovely, subtle song. I hope they do really well this year!

Is Estonia trying to pull of a “calm after the storm” with this song??? they already tried to copycate euphoria with amazing… I don´t see why should it work this year…

well, ‘Goodbye to Yesterday’ is better than Italy’s entry
I guess I could root for them
Georgia and Malta are still tempting though
at this point so many people are supporting entries across the board
I have no idea who’s going to make it to the final–excitement!

Goodbye to Yesterday actually WAS jury’s decision as well, but only by a slight advantage of one point, while televoting was overwhelming, giving them 79%.

Grande Amore wasn’t jury decision, was televoting decision like Goodbye to Yesterday was.

This song may be The Winner in Vienna, no doubt!!!

And here we have our winner!!! Cannot freaking WAIT to hear this on a eurovision stage. Tallinn 2016 😉

Really happy, we have had a rough start with the entrees for Vienna but now it is getting better and better.

Iceland made a big impression in a lot of people. after that, Italy did so too. Lithuania is loved by a lot of people too and Estonia is rated very high too. The spirit and competition is growing!

I CANT BELIEVE WHY THE JURY DONT SEE THAT GOOD BYE TO YESTERDAY WAS THE BETTER OPTION AND THE FAVORITE OF EUROPE AND THE ODDS PLEASE WAKE UP MUSIC EXPERTS OF ESTONIA.

I LOVE THE SONG BUT ITHINK THEY MUSY HAVE A BETTER PERFORMANCE, SHE NEED A 50´S DREES AND BE MORE FEMENIN OVIOUS (Coqueta ovia en español) and not all time in black and white, the ligths will be impresionants in the stage they must to used them. AMO LA CANCION PERO DEBE SER MENOS SOBRIO EL SKETCH NO SE PONER UNOS MUEBLES UNA TC VIEJA, EL PERRO EN ECENA SERIA INCLEIBLE.

i don’t like the song, but the country is awesome -the best place to live in 🙂

Best song chosen so far, could be this years winners. The common linnets are clearly a inspiration for a lot of artists i guess, which i think is great. I love duets.

I’d like to compare ‘Goodbye to Yesterday’ to this 2008 gem from Dansk Melodi Grand Prix which was largely overlooked back then.
http://redmp3.ru/stream/4117033/camille-underneath-the-moon.mp3
I understand why Goodbye to Yesterday is striking a chord with fans, but it lacks the pathos necessary to make it a winning song. It’s very intimate, mellow and placid and while I appreciate how they each recount a different narrative of an affair that went wrong, it’s neither profound or overwhelming. 8/10

What can i say, another bland pop song that goes well with Eurovision audience wins again. After all the hype, I think “Goodbye to Yesterday” is kinda overrated. Still I think “Unriddle Me” was the best option among all of them.

I like it. Kinda old timey. But Italy have a masterpiece. Did you watch the official video for Grande Amore?

I hope the hype train won’t kill the song

Italy or Estonia. Either way, I’ll be delighted. (at the moment).
Lithuania comes at #3 (just because they have that really great magic on stage and a happy song).

Everything else…well… I can appreciate Belarus’ entry and that Macedonian one. I look forward listening to all other songs, but Estonia and Italy (especially) will be hard to beat.

I hope Norway will select Monster like me, if they select that song, Estonia and Norway will split the the public and juries votes and Italy will win.