In the run-up to each heat of Uuden Musiikin Kilpailu (UMK), Finland’s selection for Eurovision 2015, the Wiwi Jury — our in-house team of music unprofessionals — will rate the songs from that heat. Next up is Järjestyshäiriö, a former punk band, who changed their style radically in past year. In UMK they are competing with “Särkyneiden Sydänten Kulmilla“. Did the group leave an impression? Let’s read on to find out…

Deban: If Softengine can nab the UMK finals, emerge as 2014’s victors and roll out a successful music career, then in theory, there is nothing stopping the Jarjestyshairio this year. They look good, sound good, but serve up a bland platter of quiche. “Särkyneiden Sydänten Kulmilla” is like lounge music. This track needs to capture you in the right mood.

Josh: English is my first and only language, so I just have to say that the band name and song name are far too long and too difficult for anyone outside of Scandinavia to say. This song isn’t terrible. Another pop-rock song but it’s not as strong as some of the others competing in UMK. It’s a little more on the boring, forgettable side, but it’s not bad.

William: The band is so hip they make me feel out of date and unfashionable. Thankfully, I’m pretty sure I could write a more interesting song. Their number is pleasant enough, but I struggle to see hills and valleys in this plateau of electronica. With a bit more variety this could have been excellent.

Ramadan: Softengine did well in Copenhagen, so I wouldn’t be surprised if the Finns went for Järjestyshäiriö. Honestly, I’m not a massive fan of rock but I think it’s a good pop-rock song. It’s definitely one of the better entries in UMK15.

Robyn: This song reminds me of the Killers with a bit of Coldplay and some solid ’80s synth-pop inspiration. It has a good structure to it, but a really weak ending. Would this song be better with English lyrics? Also, the band have a great look (cheekbones!).

Sami: I wouldn’t mind listening to this on the radio, but it will still struggle to qualify from the heat. The song feels really long, as it repeats itself for the last minute and the name phrase is basically all you can remember from the song. The song is very well produced and they also look international.

Sopon: Oh my god, Softengine grew up and became even more handsome! If there must be a Finnish boy band in Eurovision this year, let it be this and not the overrated Satin Circus. (Apologies, I failed to notice the young lady in the video. Swept up by the music, y’all!) It takes a few listens to get used to hearing it, and more than ten tries to say the band’s name properly, but that intro is catchy! It’s totes something you would find on Coldplay’s Ghost Stories (their most recent album filled with mellow songs), soothing but intruguing.

Patrick: This is totally 80s pop, arriving just a bit later in Finland. I kinda like the sound of the song but the voices are not really my style. I can see this in the final as I think Finnish people will love this. I like it but nothing more!

Mikhail: It is just boring. This song has nothing special about it: no memorable melody, no climax — it doesn’t even make you smile. They almost seem as bored as I am.

The highest and lowest scores have been removed before calculating the final scores to avoid bias. We have removed a high of 8 and a low of 4. 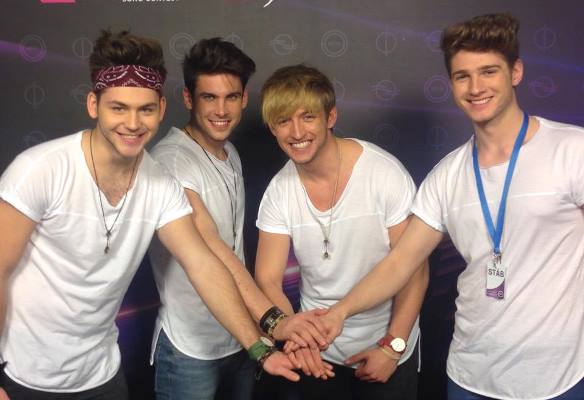