London calling – the BBC have finally announced when we’ll learn the act selected to represent the United Kingdom at Eurovision 2015. The British broadcaster will reveal the artist and song on its Red Button service on 7 March after The Voice has aired.

This method is similar to how Molly was revealed as the UK’s act in 2014, although the reveal took place on a weekday and not during Saturday prime-time TV. This at least seems to be something of a step up, but early reactions seem to suggest many would have been happier if the reveal was actually on a channel and not the Red Button service.

In a statement on the BBC Blogs website, the Executive Producer for UK’s Eurovision entry, Guy Freeman, revealed some more info on how the decision was made: “The result of that open submission process was a very impressive collection of songs…from a huge variety of amateur and professional writers and performers.”

“Ultimately, one song stood out as having both instant impact and real memory staying power.”

Certainly it sounds promising, but there’s no clues yet as to whether the act is a relative unknown à la Molly, or a more established name like Blue or Bonnie Tyler.

Keep reading wiwibloggs for any and all news on the UK’s act for Eurovision 2015 and make sure you’re following us on our Twitter and Facebook too! 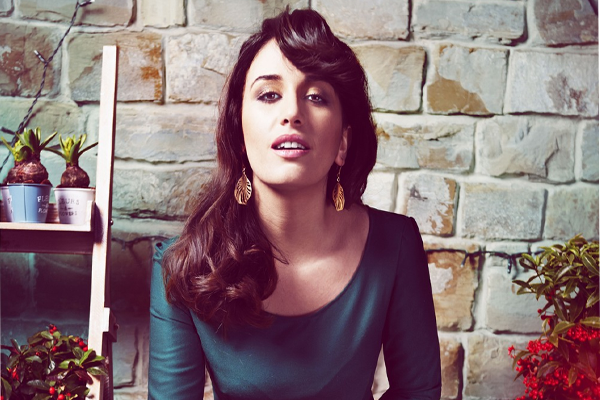 Wiwi Jury Results: Cezara is our favourite to win in Moldova

@Alex
The public choosing our is a terrible idea (and one I’m personally glad no longer happens). Look at the awful entries they sent from 2003 to 2008 (Pete Waterman was the Beeb’s fault).

Over the last year, Guy Freeman has proven he wants to do some good with Molly, the BBC Music Awards and now Eurovision’s Greatest Hits. Give him a chance 😉

@DJ Tiggeh
The reveal will be available on iPlayer no doubt (given there’s a red button section there), plus the BBC website and Eurovision.tv.

Montenegro had over 1 million views before eurovision (in 2013 and 2014). Views do not mean a lot so don’t take them seriously.

Italy has a lot of views mainly because all San Remo winning songs gain views after the show.

So it’s probably a new unknown name like Molly. BBC should be more creative. I do not get why they don’t invest money on Eurovision (which brings high viewing rates). They could’ve hosted a Melodifestivalen-type of national selection.

Jake, if it were George Ezra, I’d actually cry with joy. I’m in love with the man.

I was discussing this with Eugene ESC UK on Eurovision Family. We tried decoding the statement a bit. Well we both might be completely wrong when decoding it though. HOWEVER. “Ultimately, one song stood out as having both instant impact and real memory staying power.” – This might mean its going to be very upbeat repeatable song, where it will stick in your brain. I think it might also mean the song may start with its chorus, instead of having a slow build and having a big ending. (This is what we have had very recently). – http://www.eurovisionfamily.tv/blog/read?id=285587 ‘professional writers… Read more »

I just wish the British public had abit more pride in themselves about the contest. Fair enough we dont usually do well nowadays, but constantly saying things like ‘We’ll never win’ or ‘The BBC dosent care’, they will come true. Even if you believe statements like that or about the contest just have abit more trust in the BBC. Like Latvians and Lithuanians still have pride and trust their entries even though they dont usually do well. Like they say… If you always say you will fail, you will.

I believe in youtube views. I told here that Roberto Bellarosa from Belgium will be achieve the final only based in his video Love Kills views.
Estonia is getting stronger everyday. Take a note y’all.

“one song stood out as having both instant impact and real memory staying power”
We’ll be the judge of that. In any case, I think the contest is already lost. BritneyHooker’s statistics have demonstrated the head start the BBC has already given to a huge number of countries.

Red Button is hopeless for us poor souls who have to work on a saturday evening and cannot record the broadcast to view later.

BBC are screwing fans over severely yet again.

@Eugene ESC UK probably skipped that video or it did not came up on my phone as well as vevo videos doesn’t.

@Sarmi : I already said that it doesn’t mean anything, just interesting statastics. As well we can’t rely on polls 😉

@Edwin : did any recent (not talking about 70’s-90’s) Eurovision song has got high places at biggest charts (UK, Australia, US, Worldwide chart) for more than 1 week? As far as I know, NO. So that means they do not have that high quality. And it’s not about fanbases.
Okay, I take my words about “gay parade” back.
Every year I like only 2-5 songs and I don’t even know why I count myself as Eurovision fan, just enjoying that process.

@BritneyHooker: I was saying that you shouldn’t disrespect Eurovision on a news page for the contest. It is a song contest, not a gay parade. The fact is, there is no such thing as “too good” for Eurovision. Simply, it is most beneficial for those wanting to promote an international career in singing. So no, Jessie J would have no reason to compete.

There’s no need to “wtf” me. I was pointing out that she might not even be good for Eurovision, let alone too good for it.

Please give us a chance of a high placing BBC! If only ADELE would say yes, or Rebecca Ferguson….

@Britneyhooker you can’t really rely on youtube views. I mean Italy has 3.3 coz they won San remo what’s by over 10 million people so most views are probably Italian ( if not check all the artists video I.e. Marco Mengoni had 11 million before esc with the winning San Remo song) i would say the views for Estonia are more accurate as they only have a population of over 1.3

I think Emma Willis will be Scott’s side commentator for the UK in Vienna, like last year it was Laura Whitmore (who I thoroughly enjoyed)

I doubt it’s going to be someone who’s big, but hey never say never.

I’m ill so I had nothing to do and I decide to calculate youtube views of all songs. I wrote down the number of views for as many videos that I could find and here are the results: (not including Albania cuz she changed the song) 1. Italy about 3.3 MILLION VIEWS (I bet at least half of them is viewed by italians) 2. Netherlands ~1.7 MILLION VIEWS 3. Estonia ~1.3 MILLION VIEWS (growing really fast, has a video with the most views of all songs ~1.1M views) 4. Macedonia ~558K views (song is up for a long time) 5.… Read more »

@Edwin : wtf? Did you even understand what I wrote? Did I said that Jessie J would place high? I just said she’s too good for this contest and that’s all.

its hard to guess who it could possibly be … dont have a clue .. something has to leak

@BritneyHooker: Why are you here?

Honestly, I don’t think Jessie J would be a good fit for Eurovision for many reasons. I also don’t think you can plonk a star on the Eurovision stage and expect them to win. Famous artists have singles that don’t chart or chart lowly. Success is hit and miss, not something you can rely on.

beccaboo1212: No, please no Jessie J, I love her too much. She can’t enter this gay parade, she’s too good.

Its George Ezra. I feel that.

Not good idea,but can`t wait to click on the red button on 7th of March for the reveal.

yeah but why on earth would any of these artists agree to participate? They’re already famous internationally, have a huge fanbase, multiple Grammys, BRITs, even an Oscar. And what if they finished 2nd, or even worse? The press and people would have absolutely no mercy… So, NO, that’s not gonna happen

Please a “21st century legend!” In other words, a well-known artist from the UK who rose to fame in 2000 or over. Take Jessie J, for example. Why, Jessie J rose to fame in 2009. She’s known for songs such as “Mama Knows Best”, “Price Tag”, “Domino”, “Wild”, “It’s My Party”, and “Bang Bang”. Taio Cruz is another example. He rose to fame in 2002. He could easily do well in Vienna, with a song like “Break Your Heart” or “Dynamite.” Or you could try Adele. She could easily SLAY in Vienna, with a song like “Rolling in the Deep”,… Read more »

Lucy, I’m pretty sure that was a joke. You know, about ESC without Valentina no longer being the ESC.

Seriousy though, ohmydays. I cant wait!!! I reckon it will be someone from The Voice, like Tyler James because the rumours seemed so legit last month, like there was back-up. HOWEVER they might just be putting it on prime time to get more people interested, like get more people to think “fuck it, lets have a look”. I do wish they’d reveal the artist on The Graham Norton Show though, as the music act. He’s our (AMAZING) commentator and had Conchita on the show twice, so is trying to get more people into Eurovision, and succeeding. Our ratings were crazy… Read more »

Dhani, are you on crack? The UK probably has the most famous music industry historically and in modern times in the entire world…yet we’d rely on someone from San Marino? Who failed to qualify twice and got 25th out of 26th once? Like, if we want a terrible result, we’d just stick to our usual formula. I mean, I love Valentina, but c’mon now.

After seeing the wiwi reactions video I’m going to agree – it won’t be a popular artist like i.e. Jessie J (because it’s on the red button instead on regular channel), BUT I’m guessing it’ll be a former The Voice participant. I would die if they’d chosen Leah McFall. She has the quirk, unique voice, huge skill. And she wouldn’t be as stressed as Molly, since she has already performed on big stages (with Jessie J in UK, on The Voice, with Will.i.Am in France)

i hope for valentina monetta

Awesome. They better work A LOT on the staging this time. In today’s Eurovision, BBC needs to realize that its not just the song that has to make an impact…its also the stage performance. Molly almost had it in the bag if she had worked with a better stage director.