Out with the old, in with the new – that seems to be the feeling in this week’s Eurovision 2015 poll. We’re saying goodbye to Elhaida Dani for now, as “Diell” has been withdrawn from the contest, whilst Melanie Rene has also revamped “Time to Shine” since our last poll. Add in Il Volo, Elina & Stig, Vaidas & Monika AND Aminata Savadogo and you have the recipe for what could be the tightest poll we’ve run so far.

All these new acts and changes could mean that Nina Sublatti is finally at risk of losing her spot on top. Last week’s poll saw Nina win again, but Bojana Stamanov and María Ólafsdóttir proved that new blood certainly means something in these polls, as they took #2 and #3 for themselves. Will they be able to keep that up though? Here are you options for this week’s poll:

EUROVISION 2015 SINGERS AND SONGS (AS OF 25TH FEBRUARY)

You can vote for as many acts as you would like, but you can only vote ONE time. Be sure to click the box next to each act you want to support before pressing submit. Voting will remain open until the close of Ireland’s national selection on Friday February 27th. Let us know in the comments box below who you’re supporting, and on our Facebook, Tumblr and Twitter! 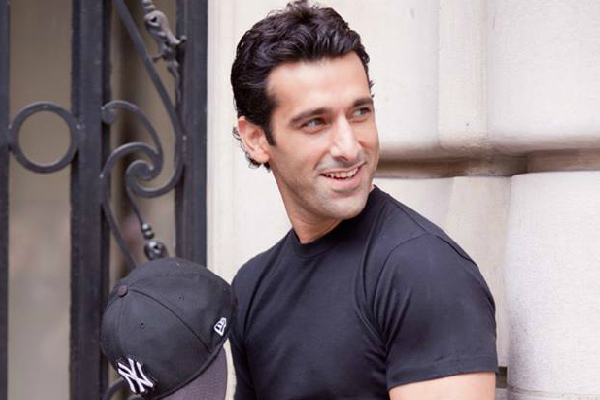 Essaï Altounian: “Creativity burns inside of me and I need to share it”

I really think Ireland is underrated this year, so far, most of the songs I have heard all kind of sound the same, yet Ireland is still marked down. Give it a listen guys, it is really a grower. Anyways, Malta, Switzerland and Iceland are basically the same song and I think they are overrated. Estonia has taken obvious similarities from the Netherlands last year, it wont win, its just an early favorite like Italy and Sweden were last year. So far, I think Spain, Italy, Ireland, Netherlands or Georgia should win as they are the only songs that stand… Read more »

this time its for malta ambers song warior ..all the way ..

For me Bojana Stamenov from Serbia is the best! ?

Okay… Georgia needs to finish this demo song and it still be just average. Malta -the singer is actually screaming not hitting the high notes, but that doesn’t sounds that bad as Georgian witch. Serbia -typical woman europop song. We have this kind of songs every year. Italy – this will work for grannies. Belarus – I don’t know. It’s just a song. There are millions of unpopular songs which are better than this. France – boring. Lithuania – not that bad but boring. Latvia – very interesting song, I actually like it. She’s hitting that high notes not like… Read more »

You are talking about NiNa guys but check Ambers official fb page, she shared it too

So what’s the deal here

Agreed with below comments Italy 100%

When it comes to Conchita Austria deserved to win. She had a voice that made you freeze with beauty. If it is about the voice which it should be and how beautiful the music video of Italy is. Italy has top points. The best ever winner for me so far was Austria 2014.

I feel when i look on this page a lot of people don’t know what music is but everyone likes something differen’t Top 3. I have no more then 3 because i don’t like them not even UK songs. I am from UK. 1) ITALY (12) points 2) Norway (monster like me, when it gets in) (10) points 3) Denmark (8) points Italy are just super and what voices they have. Do people realise how hard it is to sing in that way OMG they deserve 12 points from every single country. If Italy don’t win then it’s fixed. The… Read more »

*that has been accepted to Eurovision! Estonia – I think it’s beautiful in its simplicity and beautiful vocals, and the melody IS georgious. The only minus I can find is that the ideology behind the song is confusing for me, I mean the SONG is beautiful it’s just do we have to write songs about sleeping over and then leaving…still one of my favourites! 😀 lithuania – braljukas, this is really sweet song, I actually find it catcy and it has been stuck in my head for a time 🙂 well done! Latvia – as my country for the last… Read more »

I’m from Latvia I’m totalllly in love with each and every Baltic song, t

There is no freaking way Nina will actually win Eurovision though, this poll just proves that it’s people voting over and over again, because i mean, Serbia is up there too :S

It’ll be someone like one of the Baltics or Iceland i think. Would love any of those four to win (obvs I’d rather the uk won because im british, but the bbc love to let us down). Personally its all about Elina and Stig, such a beautiful song, and still really catchy.

Serbiaaaaaaaaaa… <3 Bojanaaaaaaa is powerful.. watch her other videos on ytb.. she is a world singer.. 😀

This is not actually the best year ever, but I hope better songs will be chosen in the next week (expecially Sweden, Finland and Hungary, and I really hope Spain and Armenia will be good enough after all this hype). 1. Latvia – Aminata Savadogo – Love Injected / It’s a “marmite song”. Hate it or love it. But this is clearly a good thing: a song needs to be loved to pass through the semifinal, and it is, despite all the haters! I really want to see Latvia in the final again. 2. Lithuania – Vaidas and Monika –… Read more »

Robby doesn’t sound like a name for San Marino inhabitan :/

I’m pretty sure Italy is going to win the contest, yet it’s nowhere near winning this poll. But let’s face it, one person repeatedly voting over and over again won’t happen during the live contest.

Georgia need to release the final version of Warrior. Currently I think they have the worst song. It sounds like a demo with a terrible music mix and Nina screaming over the top. It is like fingernails on a blackboard.

This poll doesn’t mean anything.
Last year Austria finished 15th and won the whole competition.
Ireland finished first with 30% votes (about 32000 votes) and didn’t even qualified.

What I think of each song:

THE TRUTH IS EUROVISION HAS MILLIONS OF VIEWERS and they won’t have many chances to listen each act multiple times.

This poll is stupid.

1. ESTONIA <3
2. Latvia
3. Italy
4. Lithuania
5. France
6. Denmark
7. The Netherlands
I don't care about the other 8 countries, these are the only songs I like for now. I'm waiting to see Finland, Germany, Sweden, Norway and Australia songs.

This poll has nothing to do with reality. Just wait for the show and you’ll see. Ireland was among greatest favourites on wiwibloggs last year, but it didn’t reach the finals.

my top 2 1:Malta ( love this song so much ) 2: Italy ( brilliant singers ) i really don’t know why il volo and Malta are 4th and 5th in this poll?? I have no idea how the hell Georgia is always on top of the list? lol …it is sooo clearly it is not a winning song at all!!! ( maybe they found a system how to pay people to vote for them buuuq! ) what is funny for example when Amber Malta was first for two days… in one night Georgia duplicated their votes to come first… Read more »

Here’s my top 15 so far, accompanied with comments: 1. LATVIA – Wonderful, and, I must say, full of eroticism. Literally music for some love making scene in a film. Aminata’s voice is very powerful and really suits the song. 2. SERBIA – The right recipe for scoring a top 5 finish. Great music and arrangement, solid vocals from Bojana, but I think the lyrics could’ve been better. 3. LITHUANIA – Full of positive energy and happiness. I know it’s not something extremely special, but it has that hook in its tune which is quite irresistible. 4. ITALY – This… Read more »

I’m just laughing XDDDD
you are just so primitive and basically also an idiot and I feel sorry for you if you think we are going to believe you. Oh, one more thing: CAPS LOCK IS NOT NECESSARY ON THE INTERNET.

p.s: screw you you little troll. If you have any dignity left I think you should just shut up and think of what are you doing with your life.

LEL YOU ARE BIG COCK. STUPID. FUCK YOU

YES YES YES IM FROM NETHERLANDS AND MY FAVORITE GEORGIA NETHERLADS AND ITALY. FUCK YOU YOUR MATHER

My top 15: 1. Estonia – it’s the only song that i actually enjoy listening to from ESC 2015 so far. It’s just sooooo cool. There are no doubts for ending in top 3 in the final. 2. Italy – good song and powerful voices 3. Latvia – i preferred MNTHA, but this is OK too.. like it because it’s different from the others. 4. Georgia – one of my favorite so far. it’s a great song, but being at the top of every poll is clearly cheating, and that annoys me a little bit. 5. Macedonia – good song… Read more »

My Favourite so far is definetely ICELAND!

Such a beautiful song from the most amazing country on earth! Expect me in Reykjavik 2016!!

Hopefully it’ll be a welcome return to the finals for Latvia, there’s something quite magic in that song. Italy and France are also brilliant in my opinion.

Turning into a great contest <3

Aminata (Latvia) reminds me of FKA Twigs, same musical and personal style.
Nina Sublatti (Georgia) looks just like Amy Lee from Evanescence. I like her!
Elina Born & Stig Rasta (Estonia) soo Gotye Somebody That I Used To Know….

Walk Along is great too. So my Top 5 is almost filled up. Might save the 5th spot for UK, Germany or Spain’s entries when they are chosen/revealed.

Grande Amore, Love Injected and Time To Shine are my Top 3 entries at the moment. Great vocals and flawless stage performances.

Estonia, Georgia and Latvia are my favorites!

Why is Warrior (Nina) #01? And why are so many georgians pretending to be from other countries? Get out her song is a mess and the singing is awful. I’m glad with the bottom three, I hate those.