The Wiwi Jury — our in-house team of music unprofessionals — is continuing its journey through Hungary. Today we share our thoughts about the Hungarian swing king. You may love or hate this style, but the public gave him a chance. Let’s see what Team Wiwi thinks about Bálint Gájer and his song “That’s How It Goes”.

Angus: This is so Great Gatsby but there’s no bite. The song itself feels like it is straining to excel but someone took a step back somewhere along the creative process from making it into something truly awesome.

Deban: 1920’s throwback offering a heavy dose of swinging vintage glamour. The shimmy of the tassels are genre-appropriate. Gajer pumps this tune with a confident performance. However, visuals aside, you’d probably be changing stations if you heard this on the radio.

Francheska: I’m not into all this jazz. I should’ve known when I saw the backup dancers’ mop dresses, and when Balint’s suit has more shine than the LED screens. It’s nonsensical, and haphazard at best. At the same time, it’s oddly catchy. With better dresses, and a classier suit, this would present well on a stage. Yet, it would be something of a joke.

Patrick: I’m still surprised that I actually like a song from this genre, but yeah it’s so catchy and good! Balint is a great singer, he nails the vocals and he was very wise to choose this music style. It won’t represent Hungary but for A Dal it’s good!

Robyn: I’m willing to accept this is as entertaining filler for the A Dal final, but it had better not be going to Vienna. A run-of-the-mill swing song like this belongs on a television variety show from the ’80s, not the ESC.

Padraig: The Great Gatsby bored me and Michael Bublé… eugh, don’t get me started! An act combining the worst elements of both was never going to win any favour from me. Awful!

Max: Swing is one of my guilty pleasures. Anything with a trumpet usually works well! I actually quite like this, even though I know it would do appallingly in Vienna if sent. It reminds me of Germany’s “Miss Kiss Kiss Bang” from 2010 and would most probably suffer the same fate. It seems a bit messy during the chorus and could do with being polished up a bit, as it could be a hell of a lot catchier. It wouldn’t look out of place at a show in Las Vegas with some showgirls!

Judit: I’m not surprised the public gave him a chance. It’s not boring, and he puts on a good stage-show. Swing is one of my favourite styles and I won’t hide my love for this song. It won’t be in the top four but it’s one of my favourites this year. Well done Bálint!

Renske: It’s  a smart choice to sing a song in swing style – a lot of people love swing. This isn’t really catchy, but there’s rhythm in it. At Eurovision he would probably compared to Michael Bublé the whole time, because his song is just not original enough to be special. But overall:  a good performance. 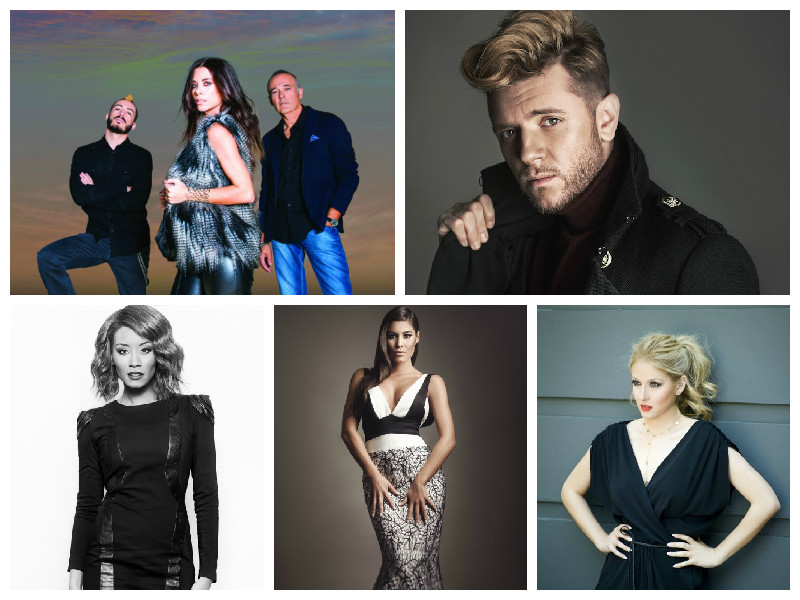 Poll: Who Should win Greece’s national selection for Eurovision? One of the best songs in Hungary’s final

I must confess I love it, but shouldn’t come as a surprise because I have a weakness for this kind of music 😛 gives me memories from Germany 2009 and Miss Kiss Kiss Bang, just less cheesy.

I love this one, even if I don’t think it’s going to Vienna.