Last week “Wer singt für Österreich“, the Austrian National Selection for Eurovision 2015, kicked off by narrowing 16 acts down to just six. Tonight those finalists did battle in the second show, which was more of an exhibition than a competition. The goal tonight was to test whether they can perform and how they control their voices. What surprises emerged?

The show consisted of 2 rounds. In the first round the artists were supposed to do their own special cover songs of international and national hits.

The line up from the first round:

The second round was a big challenge for the artists as they should surprise the audience and the coaches with something different than usual. While Celina Ann showed how her hips are moving to Spanish music while the group Dawa traveled to the wild west and performed a country song. In the end, all the acts surprised the judges, in good and bad ways.

The audience in the arena had the chance to vote for the artists Eurovision style – from 1 to 12 points. The voting was not there to kick out the one with the lowest score, it was just to show who surprised the audience the most. In the those 3 acts got the  most votes from the audience in the hall:

Some say Austria doesnt take it serious this year, but we do! International songwriters will do their magic to the Austrian songs, which we will hear next week. Sharon Vaughn, who wrote for example Helena Paparizou’s “Survivor“, Julie Frost, songwriter of Lena’s “Satellite” and Jimmy Harry, who collaborated with Bruno Mars, are under the songwriters – that means we can expect big things!

Wer singt für Österreich? will continue next Friday, where the six remaining acts will continue to compete for the right to represent Austria on home soil at Eurovision 2015. 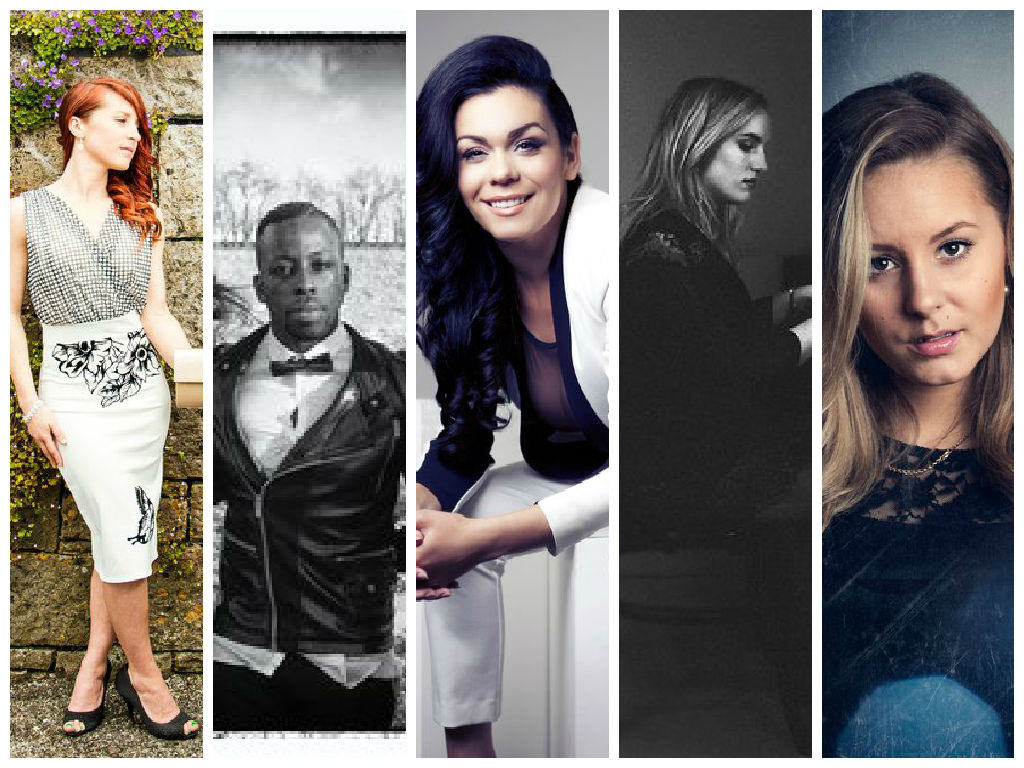 I really hope Zoe will win. She said that her two Songcontest songs will be chanson-style songs and I’m sure that they’ll be beautiful and interesting.

JSB are quite cool but I hate that their wigs aren’t on their head properly. Srsly, they could wear the wigs better.

I love the makemakes and i’m sure their song will be good because it’s going to be produced in hollywood. (Jimmy Harry)

why doesn’t anyone support the MakeMakes? The remix of ‘Million Euro Smile’ is to die for

If I could decide, it would definitely be one of the two ladies to represent Austria. Especially Celina Ann has an amazing and very strong voice, she could blow away the audience with a good song and her good and positive charisma. Last week I especially liked Zoë with her nice French song. Folkshilfe, on the other hand, just seem like at the wrong place, somehow too full of themselves and almost arrogant (maybe that’s just what I percieve), and DAWA as well as the MakeMakes are dead boring. Johann Sebastian Bass could do well because… well, crazy acts generally… Read more »

Johann Sebastian Bass are what ESC and most of all Austria after Conchita’s victory need: Substantial and over-the-top musicians with a complex and defined soundscape, called Elektrokoko, plus theatrical histrionics that perfectly represent the complexity of Austrian music tradition ranging from Mozart over Falco to Vienna electronica. Together with Hungary’s Passed and Estonia’s Goodbye to Yesterday the best (act) entry so far. I’m really excited to hear Johann Sebastian Bass’ 2 ESC songs in next week’s show. Adore them.

Bass can’t win, cause half of their songs is using a voice filter, which is forbidden in ESC (well except like tiny harmless filters at one point of the song, but not in your face from 0:00 to 3:00)

cant wait to hear the final songs .. great songwriters ..
celina ann has impressed most so far .. i hope she has something stylish in final.
johann sebastian bass is HORROR !!!!!!