The Wiwi Jury — our in-house panel of music unprofessionals — was recently touring the Norwegian fjords and they were totally magical. Naturally we started talking about fairy tales and Alexandra Joner’s “Cinderella”. Is her song a dream come true or a nightmare? Read on to find out…

Deban: I’m sure that if you gave Alexandra Joner any song, she could easily reproduce her own annoying karaoke version. This track could be pitched to radio stations for prepubescent teenage girls with their unique taste. One thing is clear here. This “Cinderella” ain’t coming to the ball!

Robyn: This is a fun, modern pop song. It sounds like the sort of thing Rihanna would have released about seven years ago. Actually, is it too much like Rihanna? Does Cinderella have an umbrella-ella-ella-eh-eh? With Alexandra’s cotton candy pink hair, there’s no doubt she’s put on a good show, but the song is just a bit too lightweight.

Angus: It feels like ‘Cinderella’ could have been more in your face than it is. Alexandra’s hair is a statement but this doesn’t quite match up.

Josh: Some people are throwing some serious shade at this song! Unfortunately for Alexandra, I am totally a part of that club. The song is catchy, yes, but it’s so so so generic and I have little tolerance. Sorry, Alexandra, the Eurovision slipper does not fit!

Ramadan: Damn this is soooooo catchy. It’s been stuck in my head all day. Maybe in an annoying way? But overall it’s a nice song and her voice is so FIERCE.

James: You hear the harp right from the beginning and you can hear the genre and, oh my, … I just can’t stomach it. There’s irritating repetition of random noises which are articulated throughout the three minute diatribe and the only thing that’s going for it is how it tries to accompany the whole thing with the orchestra’s string section. At least there’s a lovely combination of harmonies at the end, but considering I can’t get through the first minute without screaming, that statement is meaningless

Patrick: This could be an international hit and make her a huge star! “Cinderella” is a stunning song! I can’t believe it’s being used for a Eurovision National Selection! I’m impressed by the melody, the modern sound and her voice. This could turn out as a big favourite to win. Well done and good luck! Renske: This song is quite good. I like the use of the harp in this one — it gives it a Disney Princess vibe. I’m not sure if I like the “Hej-ja heja-ja” during the song, but it’s kinda catchy. I’m not sure if this song will make Norway (and maybe Europe) vote — or want to wear a tutu and eat rainbow cupcakes.

Anthony: My first impression of her (and I definitely won’t be the only one making this comparison) was that she’s the Norwegian version of Rihanna. You could play this song on radio stations across Europe and people would mistake it for something from Rih-Rih. “Cinderella” has R&B/pop catchiness, but I’m not convinced Europeans and Aussies would be ready for her.

Francheska: Oh my goodness gravy. The introduction weirded me out to begin with (seriously, if glitter had a sound it would be this song’s intro). It’s clear that Alexandra is a Rita Ora wannabe, but she does not succeed in bringing originality. What could have been a cool, electronic sound morphed very quickly into the evil twin of Fergie’s “L.A. Love” (which was already its own evil twin) and the even more demonic version of “Shower” by Becky G. No thank you!

Sopon: No, no, no! This is a huge turn-off to me and I don’t know why, but I hate this! It’s annoying, overdone, and something that would only appeal to music sheeple (sheep+people). Not cool at all.

Colin: The song has a catchy melody, but that’s about it. It needs a fairy godmother to help it get to Eurovision. Compared to the others in this competitive year, it doesn’t stand out at all.

Max: This is the definition of “catchy.” With a modern club beat, Alexandra compares her love life to that of Cinderella, and in a rather repetitive manner, almost bordering on annoying with the constant ‘la la’s’ and ‘hey ya’s’. I have images of what this would look like on the ESC stage and it ain’t pretty. 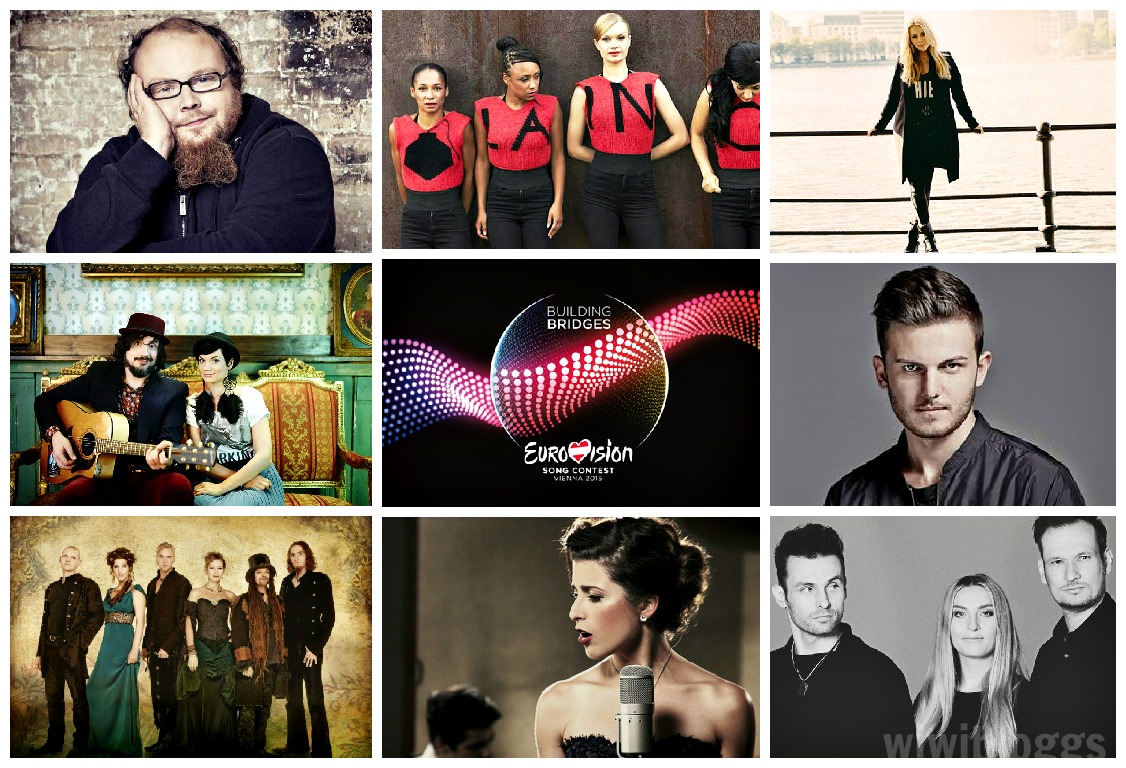 Germany’s USFÖ: Reviews and Rankings by the Wiwi Jury @ify_
I can already imagine Italy’s Il Volo getting endless comparisons to Il Divo as we edge nearer towards the contest itself. So don’t be surprised if Alexandra Joner gets all the Rihanna comparisons if she wins MGP this year.

Yes, not very original, it doesn’t bring anything new to the table at all… but I still enjoy it, it’s actually one of my favourites from the norwegian selection, alongside the other rather generic pop song “Louder” by Raylee. I guess I’m a prepubescent teenage “sheeple” 😉

Anyway, not that I want it to win, I know that if it went to Vienna many people would bash it for being generic, just like you’re doing here, it’s just one of those song I enjoy to listen and that’s that.

I feel like this song just baaarely missed it’s time.
This sound would have been better a few years ago, maybe 2009 or 2010, but now it feels slightly behind the times.
That being said, I want to hear more from Alexandra Joner.

It’s very cheap and trying too hard to be a “good” pop song. Can’t see it standing a chance at winning, don’t know why it’s so high in the betting odds. 5/10

Not bad but not great

@ify_
I agree. It is annoying.

There is something I really dislike on this website or let me say the jury reviews. I am black… and every single time a black artist joins the national selection of eurovision you guys compare the woman or man with some other black artist in America or Uk… why? you guys don’t do that all the time with caucasians…. it’s soooo annoying! Why is she the Rihanna or the wannabe Rita ? Come on now… just because she does pop or has a bit of a r&b/pop voice it doesn’t mean she is immediately the wannabe or the Rihanna from… Read more »

I Really Like *Cinderella*! 8 /10 🙂 ** We Will Gonna Transform Wiener StadHalle Into A Gay Magic Disney Castle And All Of Us Euro Fans Can Have The Chance To Live Our Gay *Cinderella* Fairytale & Meet Our Prince Charming There On May! <3 ** ** Everyone Deserves To Live His Own Fairytale In This F**ked Up & Unfair Life! All My Life I Was The *Cinderella* Man…Well Not Anymore..! Lived A Nightmare Miserable Life BUT The Last Page Of My Story Deserves To End With A *Cinderella* Happily Ever After..! <3 In Just Few Days Only The 1st… Read more »