Earlier today the Wiwi Jury, our in-house pannel of music unprofessionals, continued its odyssey through Greece. After exchanging taramasalata recipes, we sat down to review Barrice’s song “Ela”. The young artist, who was born in Russia, makes his Eurosong debut this year. But we glad he came? Read on to find out…

Sami: I really like his voice and the first minutes of the song sounds nice, even if a little dated. But then that weird part with traditional Greek music comes out of nowhere, which is totally unnecessary. What were the writers thinking?! It ruins the whole song for me.

William A: This feels like a cut and paste job. The opening verses don’t prepare me for the chorus that follows. And for that matter the opening bars of the chorus don’t fit with the rest of it. I like Barrice’s voice and swagger, but I’m not feeling the song.

Deban: A hybrid of dated elements that don’t cement well. Most times it’s good to isolate ideas and flesh them out. Yes, “Ela” is Greek in flavour, but how palatable is it?

William C: They get into it straight away here, y’all. Reminds me a lot of their entry last year. It doesn’t sound exactly 2015, but we can work with that. However, I think the chorus ruins this all. I may need a bucket! The Greek music makes no sense, and just pops up randomly. Many songs mix genres well. This does not.

Billy: It’s a typical pop song. With some changes, it could be a winning entry, but as it stands now it’s confused and all over the place. I firmly believe that Greece should not bring another pop entry after last year’s grand failure. I get that they wanted to mix pop with Greek music, but the result just doesn’t work.

Robyn: This song just gets better and better. The start is a little slow, but along comes a great housey chorus (oh yeah) and then just when it seems all settled into that groove, along comes a magnificent traditional Greek bit. (And Ireland wishes it could blend pop and traditional this well.) And a song like this is just begging for some spectacular staging.

Max: ‘Ela’ for a title? How original. It’s a nice enough track but the only highlight for me is when ‘Zorba the Greek’ starts playing two minutes in. Surely they could get in trouble for this? It’s just so much like it! Repetition can be memorable, but screaming ‘Ela’ for three minutes really doesn’t do it for me.

Patrick: The start of the song is really strong and promising but the chorus is just OK. Normally I love traditional Greek sounds but it doesn’t match the rest of the song. His voice is not the strongest and compared to the others it’s a bit dull. Of course you can dance to it…but at Eurovision? 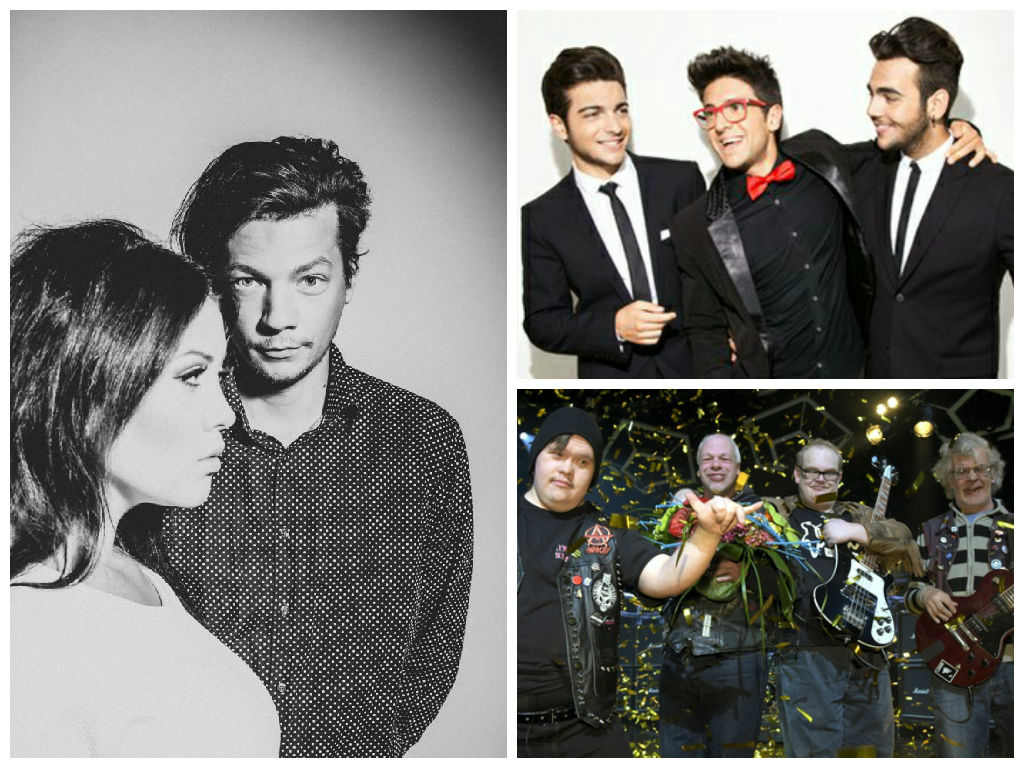 Luminita Anghel interview: “I want to beat my own record!”

I really like the melodies here, and the free form of the song. Of course they’re trying to assemble as many different ideas into one song as possible, and the lyrics are generic as you can get, but big deal! It’s neat because it feels so damn improvisational.

SORRY BUT I LOVE THIS SONG AND I THINK EUROVISION NEED SOME DIFERENT NOT THE SAME FROM ANY CONTRY, THE GREEK PART IS REFRESHING AND WIL BE THE FAVORITE IN GREEK TELEVOTING

I hate this song so much is totally awful…

Mario - The Vision of Gay Love

Barrice’ song is my personal no1 most favorite <3 I do not think that he will win though…He doesn't do that well on the poll so far and the reviews for his song are really mixed with lots of negative ones unfortunately.. 9 / 10 from me.. I truly think that the main competitors 4 the victory will be Thomai & Shaya…With way less chances to go on Barrice & Maria Eleni… C Real are the total outsiders although i really like their song now.. {its my 3rd most liked..} Before the songs come out when we were informed about… Read more »