Ever since we were tipped about Voltaj‘s speculative entry for Selectia Nationala, we have been anxious to review their potential Eurovision entry. Today, we finally found the words to describe it out in the open. Did “De la capat” rock our world? Or does it need to transform itself all over again? Read on to find out…

David: He’s got a good voice and the song is good, rising to exceptional at times. It holds you the entire time. But it doesn’t own you, it doesn’t reach down into your soul and grab you. With that said, I think with work this could be a lot better because he’s got an amazing voice with a good range. This would probably make it out of the semi. Probably…

Deban: A promising start. Sadly, the steam is lost as soon as it hits the chorus. As it starts to make a second climb, my interest wanes. This is not a bad song. Had it been sung in English, I may have found the lyrics easier to relate to. Nonetheless, if Voltaj’s charisma is as crisp as his radio-friendly voice, he could pull a victory out of the bag.

Francheska: So early 2000s, and so boring. “De La Capat” belongs in a bad Romanian teen romance, and nowhere else.

Iñaki: It’s not a bad song, but I’m not sure it could work in the ESC. The general tone with the music, the arrangement and the voices is above the standard, but it needs some more magic to highlight in the festival. Perhaps that magic could be in the form of a catchy chorus or something that makes it memorable.

Josh: Oh look! Another electro-pop ballad. What this song has going for it is that even though it sounds like every popular song right now, it’s sung by a man and it’s sung in Romanian. I’m a huge advocate for countries sending songs in their native language. The track is just a little dull overall.

Kristin: This is fairly good. The beat reminds me a little of John Bonham’s “The Voice”, which is an ’80s gem, I just love. Calin Goia has a beautiful voice, and I like the fact that he sings in Romanian.  Yes, I can get on board with this.

Louis: Well, it’s not a winner, but it doesn’t suck either. Romania wants to select a song that can compete for the title in Vienna and I’m afraid too many people would fall asleep during this. It’s a good song don’t get me wrong, but if followed by an upbeat euro-pop song I feel it will be easily forgotten.

Luis: This is a quick message to Voltaj: Romanian is ALWAYS the best option. Apart from that, “De la capat” is a very radio-friendly song, so it’s no wonder why it’s been a hit in Romania. It sounds quite good, not outstanding, but good anyway. The only thing I’m not really sure about is the live performance, but if they can deliver, they’ve got the ticket to Vienna in their hands.

Max: The Romanian language would be very beneficial in the contest and with this song it would be SO welcome. It’s like Romanian-Britpop, which is a genre that I’ve just made up off the top of my head. It’s all a bit monotonous and there’s some sort of effect over the voice in certain parts that I don’t like. However, it’s funny how listening to a song in a language you don’t understand can trigger so many emotions.

Patrick: It’s middle of the road for me – composed on a lonely day with some bad coffee and cake. Nah, it won’t do well, It won’t go anywhere and it’s just half-baked. I’m sure people will vote for it but it’s nothing made for Vienna!

Robyn: This is one of the strongest songs in the Romanian national final, a hearty electronic rock ballad. In the studio version, lead singer Calin’s vocals have an over-produced, autotuned sound, giving his voice a robotic tone that obviously can’t be produced at the ESC. I don’t think this song would have as much of an impact outside of Romania.

Sami: The chorus is very nice, but the verses are quite boring. Overall this is just typical radiofriendly pop rock. He has a nice voice, but I don’t think this would be enough to get Romania back to top ten in Eurovision.

Sopon: First of all, shoutout to the director for adding in a clip of a map focused on Vienna! (1:22 for anyone interested) The boy band area is getting filled up over the top this year after the moderate success of Softengine (is this the first time that the 11th place entry set a trend?), but Voltaj’s twenty-plus years of professional experience make them a breath of fresh air compared to Anti Social Media. The song is both an eclectic and fluid mixture of rock, pop, and even some Balkan ballad. A great song? Yes. A great Eurovision entry? Sure, as long as they keep it in Romanian.

The highest and lowest scores have been removed before calculating the final scores to avoid bias. We have removed a high of 8.5 and a low of 1. 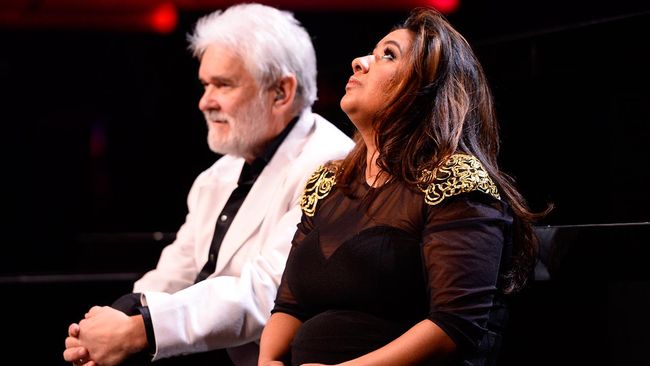 Eugene ESC UK, they have an English version of the song in case you want to switch on. OK, his English pronunciation may not be the best, for those who like/know to read here’s a link of the lyrics in English http://www.versuri.us/voltaj-all-over-again-versuri/

Voltage without the power!! It’s not strong enough for the ESC for me and could get lost and I sort of switch off when I don’t know what they are singing about. (But that’s just me!!) Also it is never a good sign when the producers pick you to sing first or second in a line-up of songs in a song contest, so I will be surprised if they finish in the top 3. It’s not as memorable as some of the western style songs, so no more than a 6/10 for me. Ask yourself this? How many native language… Read more »

Personally i prefer all the way the english version even whatever these buts might be…There are much more pros than the cons.. The song seems more cute & sweet.. I think i have heard all the 12 candidate songs of Romania’s Grand Prix.. This one is from the good ones.. I have not made my full top12 ranking yet but until tomorrow my list will have been done till then.. My rate 4 the english version is 7 / 10 If this song wins tomorrow i will not mind 🙂 0 ~ Ok I survived after listening to this horrible… Read more »