In a video shared across social media today, SBS revealed that the song would be announced on Monday, 16 March. The video, asking “Do you have Eurovision fever?”, stars various Australian celebrities enthusiastically lip-syncing along to “Rise Like a Phoenix”. The video features megastar children’s entertainers The Wiggles, and Australian Idol and RuPaul’s Drag Race star Courtney Act, as well as Australian radio and television personalities.

Guy Sebastian has talked about writing a new song especially for Eurovision, but he has also hinted that his song may be a ballad taken from his latest album, Madness. This had led fans speculate that it may be the tracks “One of Us” or “The Pause”.

What song do you think Guy Sebastian should take to Vienna? An original or an album track? Or should he get The Wiggles to write him something? 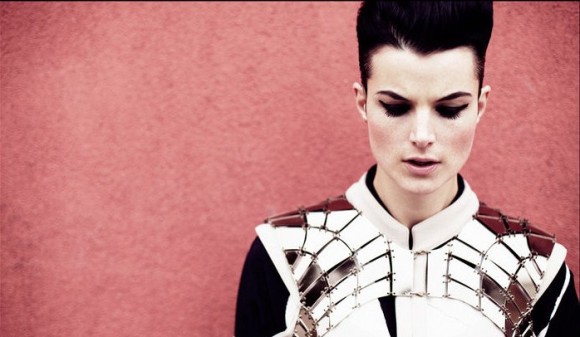 Wait, I though all songs had to be handed over to the head of delegation meeting which is on his song choice date.

One of us is the better song for me but cutting 90 seconds off a song is difficult. Guy Sebastian can sell it either way and if they have someone like the square division team producing they can get a good result

@ Julian
So true! Last year, “Calm after the storm” was said to be “not for Eurovision”… and it almost won! This year such a genre is nothing unusual, because we have a similar song from Estonia (and maybe we will have a similar one from Norway). Eurovision has been changing and that is great! In Vienna a new wave may be started by Belgium.

What is an Eurovision song? An artist should sing his songs and not some Eurovision song. The number of viewers is somewhere near 200 mill and what they want to see is hard to predict. More diversity and songs no matter how non Eurovision are they considered is better.

If only all the other countries put this enthusiasm into Eurovision 😛 …. I want a Flying Burrito Bros t-shirt.

Hoping for an original song, but given the short amount of time I would prefer an album track instead of an half assed attempt.

I’m very suprise, Australia has one only chance to show participting ESC and if they don’t go ”Eurovision” it’s not good. Guy Sebastian style is not ”Eurovision” I’m afraid

Even with so short a notice – I think he will have written a song especially for Eurovision – a mid tempo song with a ballad feel to showcase that amazing voice of his that melts many an Australian heart and hopefully Eurovision audiences.

Guy Sebastian is terrible. Australia, you made a terrible decision.

Europe, we Australians deeply apologise for messing it up.

I think both those songs are good, but I want a new original song, and I’d be happy if it’s uptempo! I think almost everyone of us here prefer that…

I think Guy´s songs not are Eurovision songs. The risk if they not submit a very strong Eurovision entry instead of his mentioned songs, is that the one time entry for Austrialia will end not in the top and ended with a ok that´s what that I think