Stop the presses! Conchita Wurst was interviewed on Spanish TV yesterday, saying that she will never go back to the Eurovision Song Contest. Thankfully, she’s not doing a Tomas N’Evergreen and she certainly wasn’t throwing shade on the contest when she made her comments.

Conchita actually said that she saw no need to go back to the Contest as a performer: “I won! What else do I want?”

Conchita’s comments were broadcast on ‘En El Aire’ – a popular Spanish late show- talking about her music and her projects. The Austrian diva chatted about her duty of hosting the green room in Vienna. She said she wanted to bring the fun because she knows how the contestants feel tense and sensible, and she means what she says! Conchita may not be willing to return as a singer, but it already looks like there is little doubt that she’ll be one of the best green room hosts ever.

Y’all also know about Conchita’s love for Ruth Lorenzo, with whom she became friends last year. It also looks like Conchita loves Edurne, the Spanish hopeful for this year. Last year’s winner commented that she liked Edurne’s voice and her video, also saying that “maybe, this could be the year of Spain”. Do you agree with her?

Conchita also sang her latest single, ‘You Are Unstoppable’:

She may not be interested in a return but would you like to have Conchita Wurst back on the Eurovision stage? Let us know in the comments or on our Twitter and Facebook pages! 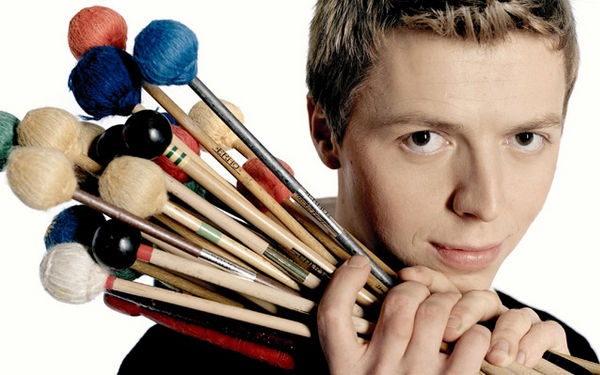 Fuck off all homophobes.

i’m so sorry that i called conchita “that monster”. Forgive me. But i really don’t like conchita. Ok everybody is equal and free to do whatever he like but he has to do it logicaly. A man who transforms to a bearded woman isn’t logical and also i think that it’s a bad influence for young people.
So sorry about my words below but this is my opinion.

*sorry for my english 😉

I totally agree with you, that Conchita won was just because a ”woman” with a beard… the song for the SONGcontest ”rise like a phoenix” wasn’t the best song out of the 37 entries… Russia 2008 Azerbaijan 2011… I hope this year we get a winner with an amazing song! not an stage act… so no Sweden for the win another ”stage act” winner… let it be the song that wins not the artist

The way some people get offended by every single damn thing nowadays makes me sick. I don’t think he would have won without the gimmick and that’s my opinion, if that offends you then good luck, I don’t give a f**k (poetry in ranting).

I hope Edurne win she deserve it , after many years , Spain deserve really to win again

Definitely think she could be onto the winner. I hope Conchita hands the trophy to Edurne in 2 months!

Don’t like this song of Conchita! HIS song is bad

The way some people speak about other human beings makes me sick.

Conchita is amazing, HER song was amazing, and won fair and square.

@Ryanireland: Let me rephrase, Conchita’s gimmick played more of a part in his win than other artists’ gimmicks in their respective wins. Fact is that, without the gimmick, his chances to win would have been considerably smaller. His gimmick won, not the song.

@WTF, because Conchita, the character, is female. Get it? Are you still confused?

Like Conchita said, she has won Eurovision so why would she come back? There are other mountains to climb.

BTW, BeccaBoob has always been a hater.

@WTF I suppose you think your right. But it’s called democracy where we can express our opinion. Austria got votes from most countries. Yes the beard was part of the gimmick like Denmark in bare feet loreen with her dancer Azerbaijan with the falling fireworks but songs always win out. Armenia last year was up there but didn’t do it. Simple.

@Unknown: He’s a guy playing a character, why refer to him as “she”?

Can we all say ‘she’ and not “him” and especially “it” as yes, that “bearded monster” is also human.

No, I didn`t. This year will be the Estonia year.

Pete, why there isn’t Spain in your Top of all eurovision 2015 songs? hahaha

I love Conchita and I love Edurne. Hope it will be the year of Spain as she says… #TeamEdurne #TeamAmanece

That interview was kinda awkward, I guess Conchita understands spanish but can’t speak it?

Also, smart decision not to compete again, that only seemed to work in the 70’s and 80’s, for the likes of Johnny Logan and Anne Marie David, not so much for Dana and Charlotte the last decade.

What’s with all these hateful ignorant comments?

I think Sweden is the best but also Spain, Georgia have good acts Maybe Greece too in top 5

@ryanireland: You’re kidding yourself if you think the beard didn’t play a part in him winning. Don’t be deluded.

I hate that bearded monster….. i’ m so happy that it will never compete again!

leave your homophobic comments elsewhere people
She won because she had a great song. End of.

kinda expected. Conchita is smarter than Dana International. Conchita knows very well that the beard trick wouldn’t work again and she just enjoys her fame now. If her career in music starts fading, then she will take advantage of her fame by doing TV shows, being an activist, a model etc. She is mainly a celebrity and she’s working hard for that.

@beccaboo1212 and to used to think I envied your optimism…..

I agree though, once you’ve won, you don’t go back unless it is the following year.

Wouldn’t have even won if not for the beard, Aram’s song was much better.

Conchita won´t participate at Eurovision once more but for the 60th anniversary of Eurovision artists will build bridges with their music and conversation and therefore we´ll see Conchita and Placide Domingo at the stage of Vienna State Opera mid May.