Eurovision’s Greatest Hits takes place in London on 31 March. The one-off concert will see a host of past Eurovision stars take to the stage to mark 60 years of the contest. While the show itself will be purely celebratory, we’ve decided to add a little competition to proceedings by ranking and reviewing all 19 Eurovision entries sung by the 15 confirmed acts. Today the Wiwi Jury— our in-house panel of musical unprofessionals — return to Birmingham 1998, a time when Dana International reigned supreme for Israel with “Diva”. Does the ode to history’s greatest women still impress today? Or has “Ding Dong” ruined it all for us? Read on to find out…

Judit: A real diva, a real icon and a real winner. Even my mom loves her song (it’s her only favourite!). Powerful and full of spirit. Yet all it’s all so simple. Haters gonna hate but Dana will always be fantastic and “Diva” is an evergreen.

Josh: Slay Mama! I love Dana International so much. This song was really new and different at the time and really set the foundation for transgendered people globally. Admittedly, the song may not be the strongest nowadays, but it’s still such a classic that I can’t help but love.

Ramadan: I’ve never been a fan of either this or her 2011 entry. “Diva” is dreadful and I cannot believe it actually won. I thought songs like this fail at Eurovision. It’s nothing special. I don’t like the singing at all.

Chris: I could wax lyrical about how “special” 1998 was to me as a contest, or Dana International’s role in Eurovision’s history. Let me put it simply: this song means a great deal to me for many, many reasons, as does Dana herself. Yes, it has not aged brilliantly: but in its moment, this was pop brilliance.

Kristín: It was never a doubt that Dana would take Europe by storm. In fact, she was a freaking hurricane!  Some say Dana finished what Paul Oscar started, and the contest has never been the same since then. “Diva” is the all time anthem for strong women, and a breaking point for all those, who fight for the right to be their true selves. I saluted Dana in 1998, and I salute her now and forever. Mazel Tov!

Liam: If there was one song I would have to name as my ultimate feel good jam, this is it. You could catch me at anytime, anywhere and with anyone just singing this song spontaneously. Denise: The chorus is pretty good, but the verses are just bad. Her voice isn’t that great either, but her appearance made this a special and winning entrance. I don’t think this song would have won if it was sung by someone else, but I’m really glad that she could make a change for a lot of people. To paraphrase Neil Armstrong, “A little song for Eurovision, a big step for mankind”.

William: Ahead of Eurovision 1998 Orthodox Jews were aghast that a transgender performer would sing for Israel. But on stage Dana rebuked them all by honouring strong women like Victoria and Aphrodite–and casting herself in their image. I vote for the message, but I also vote for the song. It’s as feisty and empowered as Dana herself. Padraig: An absolute stomper of a tune, this is how euro-pop should be done! The story surrounding this and everything it represents just adds to the brilliance. A wonderful performance, even if Dana can’t sing live.

All 17 members of our jury rate each song. However, we don’t have room to share written reviews from everyone. Here are the remaining eight scores. 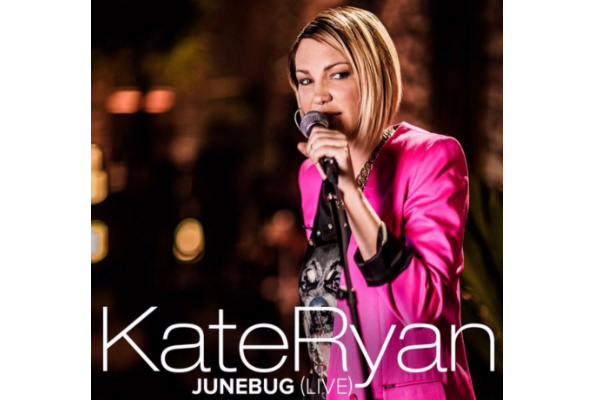 @Ramadan Besim – just give the 1 point and say like a man that you dislike it because it is from Israel, and stop trying to explain how bad is the song – it did win you know, which makes you totally disconnected juror when it comes to this competition.

Ramadan, what is your problem? 1 out of 10? Well, haters gonna hate.

I can’t agree with Denise. This entry was very catchy and powerful. Thus, no matter who would have sung it, this song would still have won. It was a real breakthrough concerning not only the tolerance, but also music appearance of ESC. Ironically, Dana’s consecutive entry in 2011 was a complete regress… also in terms of the dress 😉

Ramadan is AGAIN marking Israeli entry down. The reason is obvious…

Ramadan is right, didn’t deserve to win at all. UK’s entry was much better.

Is wiwibloggs.com going to continue with the anti-Israeli Ramadan as a jury??? Sorry wiwibloggs.com, you lose your credibility…
And “Ramadan”- You can hate a song, but if you hate a country, then get the f… out if here and go to politics.

*DIVA* of Dana International was the first physical cd single of Vision that i bought! <3 😀
Back in 1998 i was 12 years old and i first was informed about the Vision Song Contest.. 🙂
But i did not really know what this music euro contest was really about until 3 years later in 2001.. 🙂

One of the best winning entries & best ever songs overall in history of our Vision! <3 😀

but I think Israel was the best winner that year

Like it or not (I don’t) this winner marks the begining of modern Eurovision.

Strange, ‘Ramadan’ doesn’t seem to like any Israeli entry..hmm.

What is your favorite Israeli entry, if you have one?