As we look forward to the Eurovision’s Greatest Hits Concert tonight in London, we pause to remember all the other acts we love who aren’t going to be there. Naturally we thought of Jedward. In February the ESC 2011 and 2012 alums were enjoying the Florida sunshine on the set of Sharknado 3 in Orlando. After much speculation around the first two films in the cult series, the Jepic twins finally secured a cameo appearance thanks to their good friend Tara Reid, one of the stars of the film. This is what went down.

The third film in the popular Sharknado franchise is set at Universal Orlando and will feature sharks destroying the theme park. The film will be released in summer, and Ian Ziering and Tara Reid will reprise their starring roles. It will also feature cameos from Jerry Springer, Bo Derek and Chris Kirkpatrick of Nsync. And in the middle of all the theme park carnage will be Jedward. And hey – if you can survive performing at Eurovision two years in a row, you can survive a tornado of sharks.

Social media has been full of pics and videos of behind-the-scenes action. Let’s take a look.

Jedward behind the scenes on the Sharknado set

Jedward arrived at Universal Orlando ready to get up close and personal with CGI sharks.

Welcome to Orlando the Fun is just about to start! Filming Sharknado 3! Let the Games Begin! We are here get ready!

Before filming started, they got into character with Tara Reid.

Is it a bird or a plane or a flying Shark? #Sharknado3 you guess? pic.twitter.com/r4LQGBV4AH

John was on hand as Ian Ziering’s chainsaw wrangler.

They hung out with wrestling superstar Chris Jericho, who also has a role in the film.

Things got serious behind the scenes.

And finally, Jedward were the right there in the middle of the cast and crew photo when shooting wrapped.

And finally, here’s Jedward’s chihuachua Blaze getting into the spirit of things. Awwww… 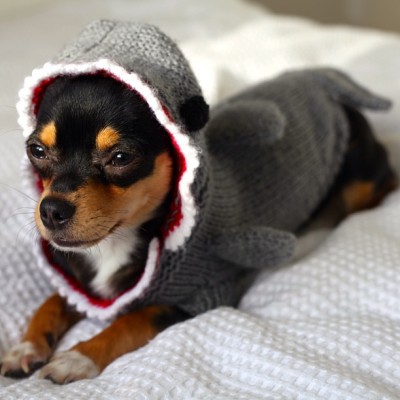 Look out for Jedward vs the sharks in summer! Eurovision Death Match: Belgium’s ‘Rhythm Inside’ vs. The Netherlands’ ‘Walk Along’

Ok, I have another reason to see Sharknado 3 right after the honeymoon (I’m getting married in early July)..

Oh my gosh, the only thing I focused on is that adorable chihuahua!!!
OK, Jedward is fine, I don’t hate them 😉 They’ve actually done good and funny shows most of the time!

Annoying as they are, I wouldn’t say no to seeing them on the Eurovision stage for a third time, like them or not, the facts are facts, in 2011 they got Ireland back into the Top 10 with a very catchy song. 2012, their song was a let down, but I blame Linda Martin for that, the old relic was their mentor.
I personally think they are Ireland’s only hope at Eurovision success. Come back in 2016 lads! Maybe come back with a self written song, produced by some Swedes.

@Mario LOL, you are not the one to talk xD

Actually i used to not really dislike them in the past but now i do… They are so annoying… So hopeless attention seekers.. Well no one cares if these pricks made a cameo in a lame insignificant video movie…Literally just pretty much everyone can be in movies like that and it absolutely doesn’t mean anything at all.. Both of their eurovision entries were overrated.. Judging them only by their body language they are obnoxious irritating brats.. The great majority of eurofans dislike or hate them.. The fact that they are likely about to represent Ireland again in EuroVision possibly is… Read more »

It will surely be another masterpiece, i have seen the first one and can say that it is one of the best films of this generation. 4/10