The full rehearsal schedule of this year’s Eurovision Song Contest has now been published on the official Eurovision website Eurovision.tv. You can find the full schedule here and all times mentioned are in Central European Time (CET).

All 40 countries will have 30 minutes on their first rehearsals. This will begin on Monday 11th May under the confirmed running order, starting with the first half of the First Semi-Final then the second half on Tuesday. The first half of the Second Semi-Final gets under way on Wednesday, with the second half on Thursday. All 4 days start at 12:00, with the Press Meet & Greet section starting later at 14:25.

The Big 5 countries, plus hosts Austria and guest country Australia, will have their first rehearsals on Sunday, 17th May at a much earlier time of 9:40 starting with Italy. Their Press Meet & Greets begin at 12:05.

Under the full confirmed running order, which will be announced later after the Second Semi-Final, dress rehearsals for the Grand Final will be on Friday 22nd May, with the first on 14:00 and the jury performances on the second at 21:00. The third will be on Saturday at 13:00. 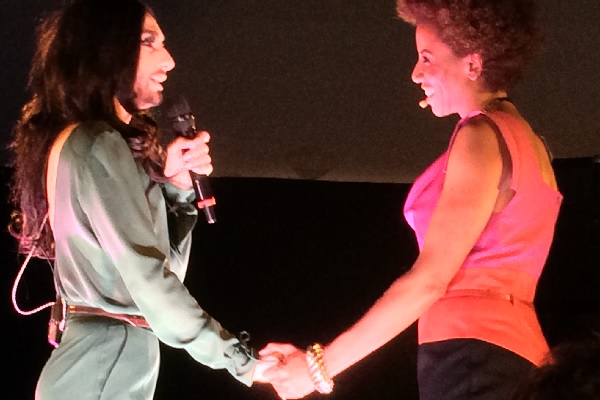 Teemo, Lithuania were randomly allocated to the first half of the Second Semi-Final during the Semi-Final allocation draw earlier this year. And I’m not surprised they were chosen to start the Second Semi-Final, considering I predicted they would hours before the official confirmed running order was announced.

Yeah….Its like watching the making of a favorite movie that i love..
It shatters completely the special unique sense i feel..
I’m even thinking to even not watch the live performances of some entries that i dislike..

No way im gonna watch the performance of that disgusting [email protected] from Finland..!

I tryed not to watch the rehearsals last year , i failed… This year i will succeed:)

I thought they had moved the dates to the previous weekend, but I guess not? It’s the same weekend as the Monaco Grand Prix again! Two of my favorite European events in one weekend!
I tend not to watch the rehearsals either. When I sit down to watch that Semi-1 on Tuesday, I want to be completely surprised about the staging and get a really amazing experience!!

Mario, I think you are missing a treat because the semi-finals can be more exciting that the main show. That’s because there are, effectively, ten winners. But I admire your devotion.

Teemo, I think Lithuania will qualify. They usually do. I think their staging is cute and they are one of the few countries to have submitted a live performance in their preview video

Mario, good decision. Previous year i already saw all rehearsels… it ruined it indeed! Let it be a surprise for the moment! I already know the songs, don’t have to know everything already…

Can somebody tell me why Lithuania will be performing first at the second semi final? Its not really a entry to start with… i’m almost sure they won’t qualify, and the running order isn’t in their favor.

@ Fatima
Well obviously i won’t watch at all the live performances of all the 16 songs of the 1st semifinal & of the 17 songs of the 2nd semifinal before i learn after which ones the actual qualifiers will eventually be..

Mario MVOGL-PMP, can you explain how will you know what entries NOT to watch in the semi-finals ? It really will be precious magic if you can work out in advance who will qualify.

Mario My Vision of Gay Love ~ Practice Makes Perfect ~ Work It Out 4 The Win!

Personally i will not watch any of the rehearsals because it will ruin the precious magic 4 me..
I will not even watch twice the live on stage performances of the entries of the semifinals..
So that means that 4 the 20 qualifiers of the 1st & 2nd semifinal im gonna wait so to watch them live only on the big final of Saturday..