On March 23 we asked our readers to start voting for their favourites to win Eurovision 2015 semi final 2. As of 20:00 GMT on 7 April, we had collected a total of 10,063 votes. At the moment Ireland’s Molly Sterling has defied the bookies (and various commenters on our site) to climb to the very top with her song “Playing with Numbers”. She’s earned 1,483 votes, or nearly 15% of all those cast. Not everyone is surprised. Wiwi Jury member Marek gave her a perfect 10 in our review and praised her song, which is a story of a girl coming to terms with her regrets. “I now know the true meaning,” he writes. “Each of us has to find it.”

Sweden’s Måns Zelmerlöw may be busy re-casting his video projection screen, but he can rest assured that he is getting a lot of love on wiwibloggs. Our readers have him in a close second with 1,194 votes, or around 12%. The “Heroes” singer recently broke records at the #Melfest Web Awards, and we have no doubt that his domestic popularity will carry over to Eurovision itself.

Slovenia’s Maraaya is the only other act to earn more than 1,000 votes. They’re currently sitting in third place with their song “Here for You”. We’ve been consistently impressed with their campaign — have you seen their shadowy music video? — and have a really good feeling they will slay in Vienna. They also touched us when they told us about how much they love their children. It’s heart-warming.

And who will join Molly, Måns and Maraaya in the grand final? Based on our poll results the other qualifiers will be Azerbaijan, Malta, Norway, Israel, Portugal, Iceland and Latvia.

Don’t forget: the poll will run until the eve of the second semi-final, which takes place on May 21. You can still vote here.

What do you think of the results? Is it possible that Molly Sterling will actually win this semi-final, or do we have some major Anglo-Irish bias going on here? Could Poland, Switzerland and Lithuania sneak into the final? Let us know in the comments box below! 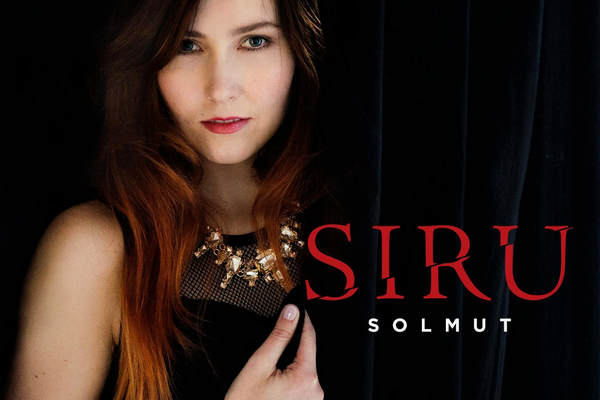 Finland: New music from Siru, Shava and other UMK 2015 artists

Malta has a really superb technical song, and i love the orchestra changes.

Ireland is the best by far the poll tells it all and that it ill e the darkhorse of the competition.

With that, after my first evaluation, my overall top 10 looks like this:

@Andrea: At the moment, Il Volo is number 1 on my card (9.53), and they are likely to stay in my top 3 after my final evaluation. A genius move it was for them to re-enact scenes from 3 movies, for which they got very high marks from me…

…Unfortunately for Måns, his music video was pulled before I could watch it for the first time (and if anyone knows if it can still be found on the Web, please direct me to the site), and his lyric video doesn’t rate as highly.

I’m late for the party on this one, because I spent the last 6 days evaluating the songs and videos (which I will do twice more before the contest); and after one evaluation, here is what my 2nd-round looks like:

9.47 Sweden (his score is crippled by the fact that he had to dump his music video)

OH PLEASEEEEEE. Ireland was favourite for final last year and they didn’t even qualify for final…Sweden sonf is hero wanna be nothing special not real love song its pure trash that would only gain sympathy of eurovision viewers I mean its only cheeri9ng audience while hero wanna be, and don’t even rely on how its doing on charts etc. Charlotte Perelli hero was more descent at least it said something about love which was favourite especially with OGAE’s and only placed at position 18th. I bet that Sweden will not win and I wouldn’t be surprised if its stayed in… Read more »

Elnur the best. I wish Azerbaijan Elnur Huseynov to win this year

I have just discovered a new version of the song of Portugal. Is definitely strong and different from all the others, and much better than what we know of the video of Eurovision.tv! https://www.youtube.com/watch?v=xsehr5lJJ_s

I wonder why this version does not appear in any official video? Our Portuguese friends bet for pass unnoticed, even when they could easily be in the TOP3.

It is by far the best song of the second semifinal and maybe will surprise everyone and everything in Vienna.

My favorite country, Norway, will win with Mørland & Debrah Scarlett 😉

Norway and Sweden are the best !!!

Lithuania instead of Azerbaijan. I think the Azeri song is to weak
This year as last they do not have good songs

Måns song is the best.

#David. Who will be in final we seen in May. Many times results at Eurovision are surprising 😉

Except “the Irish issue” (I love this song though), I think that this ranking is quite realistic. Albeit, I would replace Portugal and Israel (no, no, no) with Poland and Cyprus (a very underrated song).

I think Norway, Azerbaijan, Sweden and Slovenia are certain of a place in the final. The others who I think will reach the final are Lithuania, Ireland, Latvia, Poland, Iceland and Malta

If people are saying Ireland won’t qualify based on there running order then they have clearly not looked back at the history of eurovision semi finals, as I’ve said previously ballads have a 100% qualification record from singing at slot number 2 namely Nadine from Austria in 2011 ( came 7th in the semi final, and it was Austria’s first ever qualification) and Estonia 2013 ( didn’t even need to high a jury score to get through despite only getting 13th in tele voting, when you consider the quality of other ballads in that semi like Russia,Ukraine,Netherlands,Moldova to somehow qualify… Read more »

@bav the difference between Eric and Helena/Loreen is that Eric can’t sing. He would have been a bad choice.

Eric Saade – good dancing entry like Loreen or Helena Paparizou
Mans Zelmerlow – many weak tricks, no one had similar entry in the past, because this is triumph of form over content, he wants to be too original

William Lee Adams what are you think about Norway entry?

Don’t know why but it is the second day I wake up with Portugal’s entry in my head…… I started loving too much…. In my top 5 overall and maybe first in this semi.

@Jasmine…..”Ireland top”?? If Molly gets in the top three I will dress as Dustin the Turkey and buy you a pint in the Shelbourne or tea and cake in Bewleys on Grafton Street. I do hope you qualify as the song is OK, but as for winning….

Stage in Vienna can ruin weak swedish entry. Eric Saade was much more certain option. His entry was much more similar to the best entries of last years. Mans Zelmerlow wants to be better and more original than all of them, but this is impossible.

Azerbaijan Inshallah well be number one

Molly’s got my vote for sure, but I think come may, Maraaya are gonna win this Semi (and a good chance at winning the whole thing too imo).

I Like Malta, Ireland and Iceland but i also love the czech song.

but i think Norway is way overrated

Czech Republic must be in this semi’s top 10, but obvs that’s up to the whole Europe to vote.

Everything is okay while Norway, Slovenia and Latvia qualifies. I’m not really sure about Latvia knowing how hard time they have had, but those were all bad songs. This girl deserves it!

Have my doubts about the accuracy of this poll, like other online polls I’ve seen….yes, they can be manipulated or hacked….anyway, it’s almost certain we’ll be seeing Sweden, Slovenia, Norway and Azerbaijan in the final, but it appears wide open for the remaining 6 places to the final (except San Marino!)….expect some surprises as per usual! 😀

p.s Why are loads of people backing Switzerland to qualify? for me its in the NQ list with Portugal,San Marino,Israel. Explanation : I simply cannot see it coming top 10 in either jury or tele voting as its to safe of a song, at the time of its selection it seemed like a good selection but since then a lot of countries have not only selected there entry but have sent entries that take more risks. Because of this i think they will be more in the minds of juries rather than Switzerland. and even with a late draw i… Read more »

Mario ~ My Vision Of Gay Love

Here is my personal ranking on the 2nd semifinal (so far curently..)

Please People don’t be nasty towards the Irish entry just because aloud of spam voters are consistently voting for it!

I did a copy-paste from your top 10. I would like these 7 songs to qualify:
Ireland
Sweden
Slovenia
Azerbaijan
Malta
Norway
Israel