Over half of this year’s participating countries, twenty-five overall, chose their song through a national selection. These national finals were filled with shocking eliminations, surprising decisions and choices that left some fans in tears. We watched amazing performances and listened to hundreds of great — and not-so-great — songs. And while we saw plenty of happy faces — OMG! We are going to Eurovision! — there were, of course, the acts who had to settle for second. Now it’s their time to shine — and your time to vote for your favourite runner-ups who almost made it to Eurovision 2015.

February was an even busier month Eurovision fans. Denmark and Finland chose the bookies’ favourites over the fan favourites, sending Anti Social Media and Pertti Kurikan Nimipäivät to Eurovision 2015, instead of Satin Circus and Anne Gadegaard. Iceland, Lithuania and Serbia also chose their songs in the first half of the month. Fridrik Dór lost to Maria Olafs in Iceland, Mia placed second in Lithuania and in Serbia Danica Krstic and Aleksa Jelic tied for second place, but as Danica got more televotes, she reserved her place in this poll.

Latvia, Estonia, Ireland, Moldova, Hungary and Slovenia all chose their entries in the last weeks of February. Women left men behind in Latvia and Hungary, where Markus Riva and Ádám Szabó, respectively, finished second. Moldova chose Ukraine-born Eduard Romanyuta over Valeria Pasa and Slovenia went for Maraaya instead of Rudi Bucar En Figoni. In Estonia Stig Rästa and Elina Born beat Daniel Levi with a record-breaking 79% of all the votes and in Ireland Molly Sterling got more televotes than jury favourite Kat Mahon.

In March some of the most successful Eurovision countries, such as Sweden, Greece and Romania, selected their entries. Måns Zelmerlöw won Sweden’s Melodifestivalen by a landslide, forcing jojkare Jon Henrik Fjällgren to settle for second place. Thomai Apergeri & Legend placed second in Greece and Eurovision 2005 bronze medalist Luminita Anghel got herself a silver medal in Romania’s selection.

In Norway over 3,400 votes separated Erlend Bratland from the winners Mørland & Debrah Scarlett, and Portugal chose Leonor Andrade instead of Teresa Radamanto. Host country Austria chose to send The Makemakes to defend their title in Vienna instead of Dawa. Germany’s national final was packed with drama as the winner, Andreas Kümmert, didn’t want to represent the country in Eurovision and the runner-up Ann Sophie was sent instead.

Who was your favourite runner-up from national finals 2015? WATCH: The Makemakes sing “I Am Yours” live in Moscow 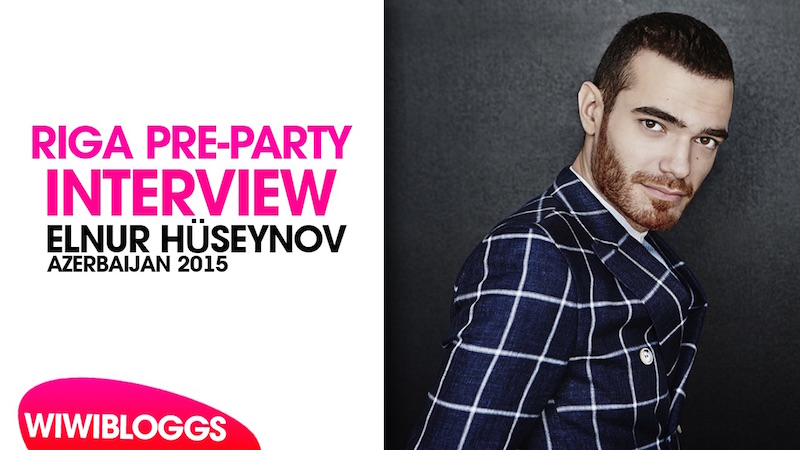 Elnur Huseynov: “I want to reach your heart with my song” My god this could’ve been a really bad year seeing most of these runner ups. Some are a little better or worse than the actual entries, but only 2 of these were completely robbed: Kat Mahon & Tamara Todevska. Sad these classics, which were lifted by an amazing performance [the Irish song needed that most], aren’t gonna be on the Eurovision stage, tho both Daniel and Molly are fine entries, but not amazing like them. Honorable mentions go to Adam Szabo (real classic but Boggie is in my top 3) and Portugal (this song is fine, whereas their actual entry… Read more »

Take me down for sure. Still sad that it didn’t won.

If Markus Riva had won, he and Polina will definitely have a reunion of their own in the contest. Polina was Markus’ mentor in a singing competition show (Hochu K Meladze) in Ukraine.

Our winner is MARKUS RIVA! He is so talented, handsome and sincere man

MARKUS RIVA – Take me down

Beautiful song, great music and lovely voice .Talented person is talented in everything. I’m proud of you. I wish good success!

Vote for the best, sincere and talented artist, Markus Riva with its stunning song Take me down! Markus, we are with you!

I find it really unfortunate that how many of these songs managed to finish runner ups…I find them too weak to be able justifying their 2nd place.. An example is *Run Away* by Niutone in Georgia’s NF.. The jury ranked it 4th from the 5 wisely but it took the 2nd place on televoting and i really question if the great majority of these votes were real.. Another one is *Give Me Your Love* by Adam Szabo in Hungarian A Dal.. Too boring and nothing special… *Saltinka* of Slovenia’s NF too.. Was one of my least liked songs in the… Read more »

Oh so the 3 from 5 favorites songs of mine that i casted my votes 4 are the 3 most voted songs and that is cool 🙂
My other 2 are doing great too and have gathered lots of votes as well 🙂
The one & only unbelievably sexy hot babe Markus Riva is leading the poll with tones of votes.. <3 😀
I bet that the great majority of Markus' votes must be from gay eurofans… <3 😉

Only “Take me down” by Markus Riva! Very beautiful song

MARKUS RIVA – our number one! Russia votes for Markus Riva!!! in spite of what is going in the world, we are all brothers and sisters! Love, appreciate, waiting for a concert in St. Petersburg and Moscow!

Only Markus Riva was my favourite runner-up from national finals! Sincere, soulful and most charismatic singer of the Euro’2015!

Damn! look at the butthurt for Andreas Kümmert, I actually wanted to vote for him but I somehow overlooked it when looking down the list, so it still has 0 votes haha!

@Giorgos Shaya Hansen didn’t came in 2nd place which means that she wasn’t a runner-up. She came third.

Anne Gadegaard, Luminita Anghel, Satin Circus and Panagiotis Koufogiannis should be in Vienna!!! Totally unfair all of them didn’t win!! But you forgot Shaya Hansen from Greece!!

Belarus votes for MARKUS RIVA – Take me down!

Nek, Markus Riva and Timebelle, should be in Viena! They had been in my top 10!

My favorite – Markus Riva – “Take Me Down” https://www.youtube.com/watch?v=-553mTwyrbw

Satin Circus and Markus Riva. Isn’t there any poll?

Anne Gadegaard and Christabelle should have gone to Vienna instead. And I do have a bit of a soft spot for Niutone, I don’t really know why.

Anne Gadegaard with Suitcase was Denmark’s only viable option. I also voted for Christabelle’s Rush but I preffered Amber anyway. IMO Norway, Malta, Finland and Sweden had the best selections.

Anne, Danica for me.

I’ll go with Rudi Bucar En Figoni in Slovenia. Great winner, but the runner-up was phenomenal too. (I’m probably the only one here who thought so…)

Ditto at what deli and oooops said. Why are Andreas Kummert and NEK not included? Andreas does show up after I’ve voted but he is nowhere to be found when I chose my votes.

Oh and Satin Circus are amazing too <3

Tamara is my favourite Eurovision act ever lol <3 That said, I do love Autumn Leaves anyway.

Christabelle and Anne Gadegaard are very glam though <3

I can’t vote for Andreas Kummert! And were are NEK?

Voted for Timebelle, although some others would have been better choices, too, like Denmark, just to name one. “Singing about love” wouldn’t have been another ballad which “Time to shine” is. Ans it would have been one of my favourite songs. What a pity!