Stuttering beats fleck the opening of Anton Ewald’s new Swedish single ‘Vill ha dig’. It is a step outside of Ewald’s home electropop territory but a welcome one.

Filthier than sugary sweet ‘Begging’ and more hood than ‘Natural’, this steps beyond his back catalogue not just in embracing Swedish language as oozing swag but also in stripping back most of the synths that have flavoured his previous production.

It has all the dirty and outrageous flirting we saw Anton serve up on ‘This Could Be Something’ and minus Medina this is just dripping in musical sex appeal.

The chorus might be a sample, but like dance floor heavyweight Jason Derulo, Anton pulls it off and turns it out. You’re just left wanting to hit the dance floor and throw it down. That seems like mission objective for any Anton Ewlad, but the Derulo-esque flecks to this just raise the cool game.

His previous Scandipop cuts were fun and serviceable, but this breaks new ground for him and for Melodifestivalen alums. He might leave the rapping to SamBoii, but he isn’t upstaged by it. Instead he lets SamBoii do his thing and then gets back to slaying his vocal.

B-Side ‘Okej’ is a complete change of pace. He’s gone from club manwhore in one step to the sensual but also sweet caring guy that we all want.

Is it an about face from “Vil ha dig”? Totally. Yet somehow it feels like two sides of the coin. You can have fun playboy Anton or the caring artist. The soft guitar strumming leaves ‘Okej’ screaming out for an acoustic someday.

Anton has the same swagger in Swedish he has in English but vocally he seems to have come on leaps and bound since his last EP. If Studio 18 is about asserting Anton’s credibility and also raising his personality he already has success in these two.

Our only question is why it took Anton so long to sing in Swedish? We love. 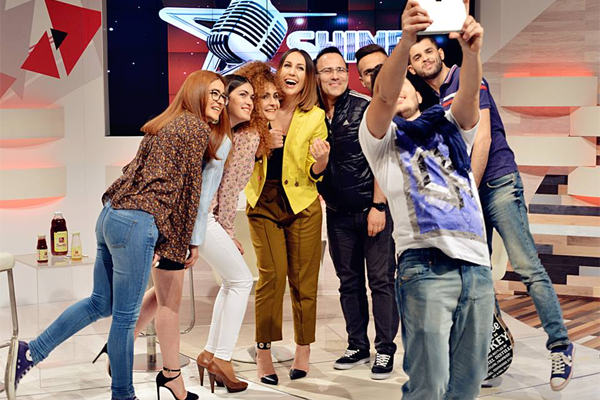 Super excited for his Swedish EP! I think it will be his best yet!

Oh Anton is so hot babe! <3 I see him taking all these photos with fan girls that are kissing him and im getting jealous.. 😛 { Anton is all mine b**ches 😛 } I wish that i could meet him in person and ask him to kiss him and take a photo with him…<3 But i would wanna kiss him on his sweet lips instead.. <3 😉 He really has the potentials to have a great career and be superstar in Sweden… <3 Hopefully we gonna see this wolfie babe to win finally the Melodifestivalen and going to Vision..… Read more »