Jedward might not be involved with Eurovision this year, but it looks like they may be headed to Vienna regardless. Only it’s not for the song contest. The twins have reportedly been invited to model for Jean Paul Gaultier at the 2015 Life Ball, to be held in Vienna on 16 May.

Irish media are reporting that the twins have been approached to join Gaultier’s fashion show at Life Ball, the biggest European charity event that supports people with HIV or Aids.

As well as winning Eurovision’s Next Top Male Model in 2012, John and Edward have previously modelled for DSquared at Milan Fashion Week in 2013. As John told the media, “It worked out so well, Roberto Cavalli invited us on his yacht.”

And if the Jeds do take to the catwalk, they won’t be the first Eurovision stars to appear at the Life Ball or indeed walk for Jean Paul Gaultier. Conchita Wurst was the star of Life Ball 2014, and so impressed Gaultier that his bearded muse went on to close his haute couture show in Paris last June. And Conchita continues her involvement with the Life Ball as the poster girl for this year’s event.

It’s been a busy year for the highly versatile John and Edward, releasing their “Make Your Own Luck” music video, fighting sharks in Sharknado 3, and supporting an anti-bullying campaign and marriage equality in Ireland. But while the Life Ball appearance is a fabulous opportunity for the Grimes Brothers, we want to know if they’ll pop down to the Wiener Stadthalle and say hello while they’re in town! 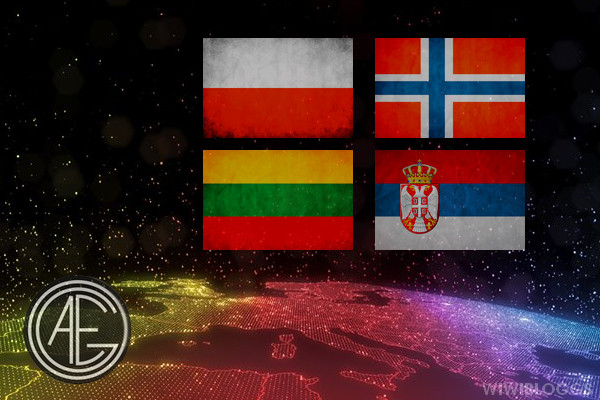 This is a new “Amanecer” video from the TV spot “La Vuelta’15” . Edurne looks beautiful and the tune sounds great! Hope you like it! #SpanishTeam #Edurne #Amanecer http://www.rtve.es/television/eurovision/

I’d rather have that turkey back, honestly.

Well they can go to Vision again 4 a record breaking 3rd time representing Ireland but at least i hope that they will not gonna win…Even if they finish 2nd with 1 or 2 points behind the winner…Not let Jedward win the Vision please for the sake.. But i admit though that they are handsome attractive…But its big turn off that its two of them & they are identically pretty much the same..! And their hairstyle does not really flatter their appearance.. They should really change their hair & everything so they won’t look like they are exactly the same… Read more »

Every Eurovision needs a bit of Jedward in it as far as I’m concerned!

RTE better call the lads up for Eurovision 2016. They were going to enter this years national selection, but ran out of time, hopefully they found something good and can enter next year. Eurovision and Ireland NEEDS these twins back. Something written by themselves, and produced by a Swedish team = Final!

Cancel those plans Jedward, You got Eurovision 2016 to prepare for!!!!