In less than ten days, all of Europe will watch the Eurovision Song Contest 2015. And while the glitz and glam of the TV show will look somewhat seamless, there’s already been plenty of action behind the scenes. Austrian technicians have mounted rigs, cameras and lighting in the arena, while others have ordered and overseen the delivery of make-up stations, computers, white leather sofas, pianos, drums, guitars, as well as 5,000 power outlets….among other things. You already know that the stage is ready, and now we can report that the press conference room is too. Questions, please! Contestants and bloggers can kick back on these white sofas, which just seem so J.Lo. Miami eleganza realness! Here’s a mini fussball table. It’s only for the workers, though. You may recognise these suitcases from Voltaj’s performance at the Romanian national selection. Looks like they arrived safely! Below them you can see some oversized lights. Depending on your vantage point, they look like they are going to zap singals to outer space, or release milk.

As we previously reported, ORF has been brilliant at promoting the contest in the streets and skies of Austria — from the “Bridge of Fame” to Uniqa Tower to the Austrian Airlines Eurovision plane. Now Vienna’s Airport is getting in on the action.

Eight-hundred volunteers will assist visitors, delegations and the international press during their stay in the city. They’ve just met each other for the first time at a ballroom in the heart of Vienna. Each of them received a Eurovision gift bag, which included three t-shirts, one pullover, a pair of sneakers and a smartphone. Lucky them!

Up to three volunteers will be available for each delegation (aka the 40 competing countries) 24/7. These folks will also welcome you at the info- and welcome-desks at the airport and some train stations. We love that they’re already sharing group relaxation exercises. It’s going to be two weeks of stress, so they deserve it. 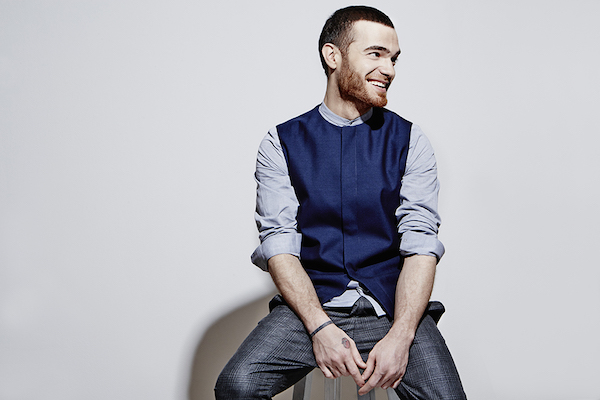 Wiwi Jury: Azerbaijan’s Elnur Hüseynov with “Hour of the Wolf” Poll: Which internally selected act is your favourite?

“Each of them received a Eurovision gift bag, which included three t-shirts, one pullover, a pair of sneakers and a smartphone.”
If they had to pay the ‘volunteers’ for 2 weeks it would probably cost less to them.lol
And the make-up stations are not fancy at all. They are like underground tatoo shops in Bronx.

even the Manhole Cover are singing in vienna: http://www.heute.at/news/oesterreich/wien/art23652,1155607