Padraig: In order to succeed this would have need staging akin to the Common Linnets. Instead we have the same as the Cypriot national selection with some added sparkles and stars. “One Thing I Should Have Done” works best in an intimate setting, the Stadhalle stage is anything but. John does his best, but given the high standard we’ve already witnessed I can’t see this going anywhere bar straight back home.

Chris: Obviously, “One Thing I Should Have Done” doesn’t exactly open itself up to hugely exciting staging, but even so, surely Cyprus could have done something rather than a black and white opening? Throw a guitar player on stage or do anything, really, because right now this isn’t exciting me and serves as a downer after powerful performances before John gets on stage. He also wasn’t particularly engaging and I’m just left wondering what all the fuss about this song is – ByeAlex, this is not. 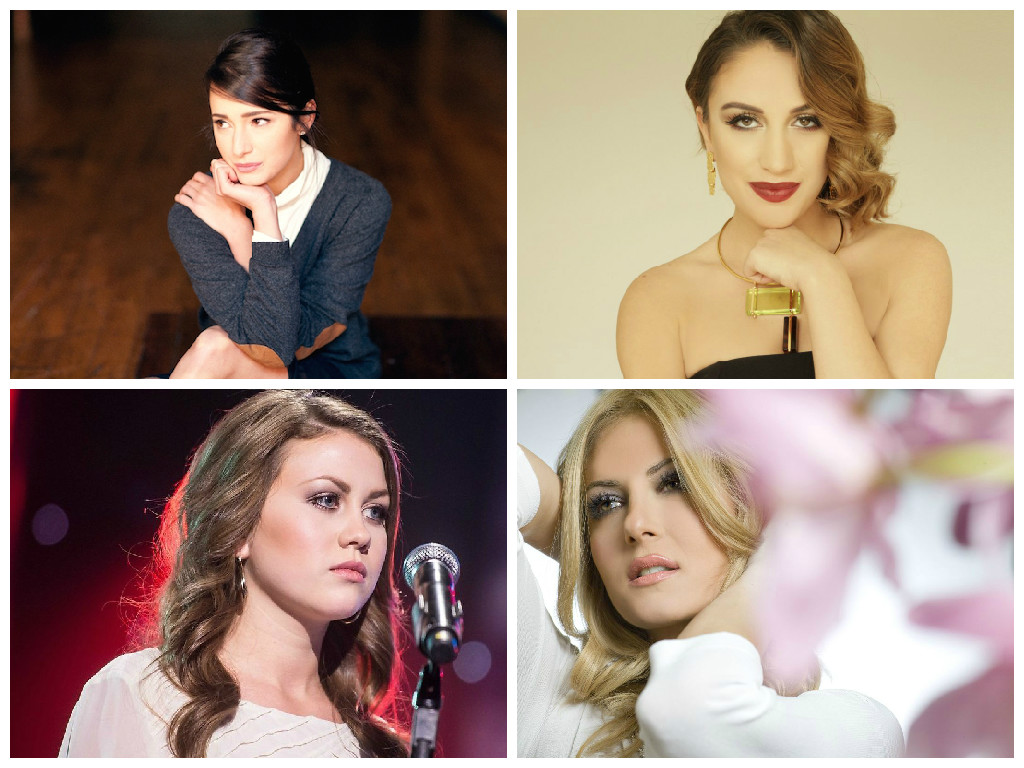 Girl Power: Will these Eurovision stars collaborate on a song?

This is the best song this year. I love it

I love this staging. I find it touching.

I think that was the only preview show where Cyprus did well, daave. I’d be inclined to go with the Wiwi team in the arena’s assessment of the entry rather than those who are bigging it up after today’s rehearsal. A guy in a dark suit singing a straightforward ballad doesn’t really tie in with anything that has won Eurovision for the last ten or fifteen years.

Same composer wrote song in similar style (for many slow ballad) and we all knew how Cyprus finished in 2004.

Jonathan, yes and Christer Björkman was one of the judges that made this win in cyprus.. I think we can rest assured that the other judges in the swedish panel felt forced to give the song high points in the swedish pre-show.

In Swedens pre eurovision show Cyprus actually got in the top three.. Right after Austrailia! 🙂

I think we’ll see them in the final thanks to 50-50 voting but I’m not overimpressed with the staging. A dark backdrop and a dark suit on John gives it a rather grim and funereal look.

I’d be surprised if this could get a Tom Dice result. He came across as a charming and talented young singer / songwriter but there’s something a tad more calculated about this one.

I think this has a shot. When everyone is good then everyone has a shot and this semi final is strong. I think that the accompaniment and melody is simple and captivating. Everyone I have shown this to (non Eurovision obsessed types) likes it and I think the voting public will to. It is more like Me and My Guitar than Bye Alex.

Completely agree, Ozzy – if they had sent it, I would probably rank it about 5th or 6th in my rankings.

It is a very tough semi and I don’t think he is charismatic enough. He wants to be the male Lisa Andreas but might end up as the male Despina Olympiou instead…

Stone In A River was PERFECT. And it was written by ex-orchestra director. She’s an amazing musician and person. So robbed.

Im sorry Cyrpus, but I really dont see this qualifying. Before rehearsals I thought it could pull a Tom Dice or a Paradise Oskar and possibly qualify, but after the good reviews Latvia, Azerbaijan, Israel,Iceland, Sweden, Norway, Ireland, Malta and Czech Republic got, I just dont see it qualifying. Shame as it isnt the worst song. Hope Cyprus stay though and come back next year with something similar to its attempt in 2012.

If you guys are so sure it wont qualify, then why is Cyprus above Georgia in the betting odds?

@wozzeck Those are the three best words anyone could ever say! <3

Well Cyprus’ song is cute & nice enough but its too slow with not really remind us the fantastic *My Love Stronger Every Minute* of Lisa Andreas back in 2004.. <3

John Karayiannis has weak odds & few chances of qualifying to the final..
But at least he could battle 4 a better result from the places 11th-17th..
Even if he finishes possibly last he should still fight to gather enough points & not just zero 0 or like 2-3 only..

Honestly I can live with anybody winning the contest, but I couldn’t live with this qualifying. This is one of very few songs ever that I quite simply cannot get through all the way… So boring and lackluster and I hope more than anything that this doesn’t qualify.

P.S. Still dwelling on the fact that Stone in a River was robbed so hard at their national selection……

Cyprus sends an extremely boring song. with a bland “singer”.. this will NOT qualify. sorry

This is going to qualify and the Czech Republic isn’t, right? Gosh darn it, Europe. 🙁