Chris: So I’ve never been a fan of “Golden Boy”, but even I have to admit something good when I see it. This got a huge round of applause in the press room even after a shaky first run-through and it’s definitely going to be a breath of fresh air after the slow first half of the semi final. Nadav’s voice was good and whilst he didn’t always grab the camera, he was definitely the star of the show. That’s not even mentioning some winged golden shoes – this was the Herreys in 2015! The backing vocalists sound like they could do with a bit more power in the chorus, as it felt a little bit flat at times.

William: It looks like Israel just booked a place in the final! Nadav’s LED backdrop is relatively simple — basically gold lights and kaleidoscope effects — but that’s all he needs. Nadav and his phalanx of male dancers gives us a wall of high-energy R&B realness and it works so well. It’s playful and fun, but never strays into kitsch. It’s a difficult balance to get right but Nadav has done it.

Padraig: After a rather underwhelming day yesterday, Nadav kicked things up a notch. Early run-throughs were rife with dodgy camera shots, and Guedj himself seemed rather nervous. But that was all sorted by the final attempt. The backgrounds were simple yet effective, the dance routine was slick, and the fun vibes were infectious. If this doesn’t get the crowd going nothing will. It’s time to avenge Mei and get Israel back in the final! 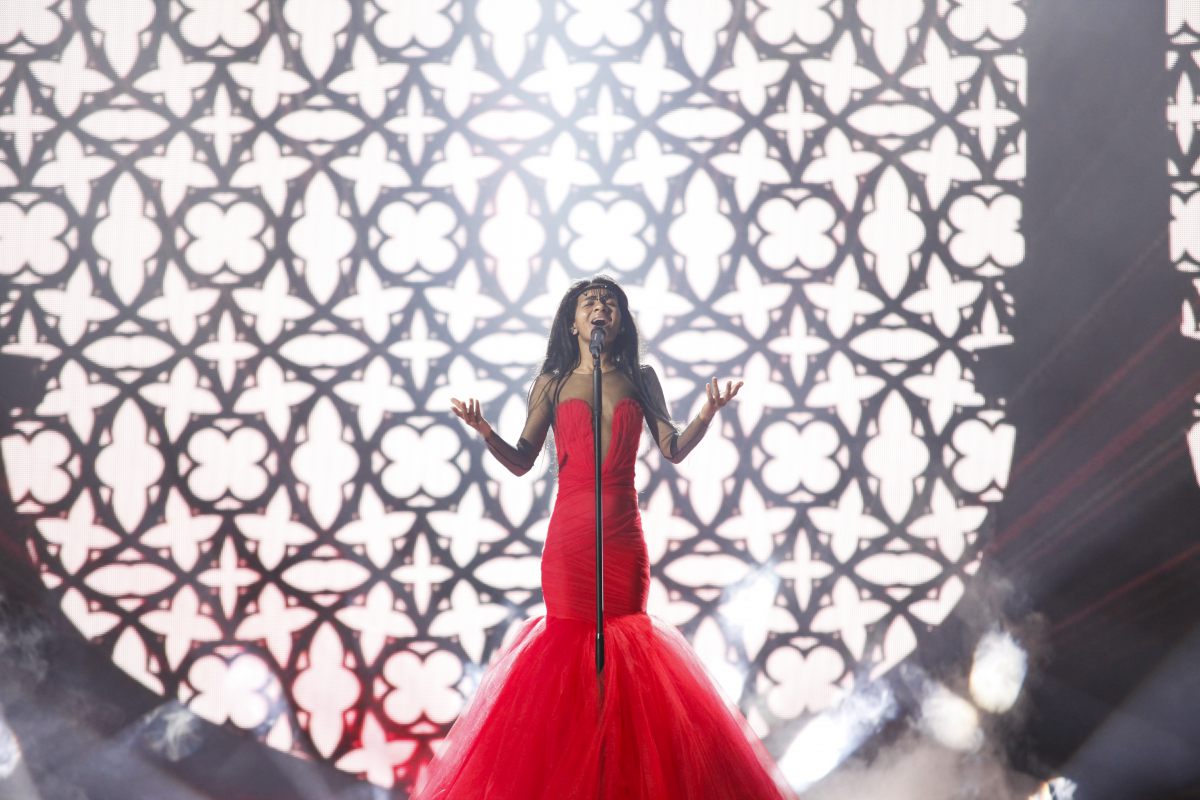 Wow, that’s what I was exploring for, what a data! existing
here at this website, thanks admin of this website.

Too kind, Maya G, thanks a lot. It’s so cool I can understand everything he says (unlike the Hebrew interviews, where I don’t get anything…). He’s amazing, I had to smile as he didn’t seem to find some French words and, for example, asks the puzzled host: “Il y avait comme une “va-da”, comme on dit?” And the host: “Une va-da? Je ne sais pas.” Hilarious! Great, all of this, thanks again Maya, and greetings from Spain to Israel.

@Iberian I remember you wanted to see Nadav speaking french, so here you go:
https://youtu.be/J4q7hUmfCY4?t=7m33s

Superb!
Just read an interview with Nadav after his 1st rehearsal – He said he understood the camera angles and where to look, only on his 2nd take, so I’m sure it’s all OK now
(-:

Nitzan, the final needs such an uplifting song, I absolutely agree. But even more, this year Israel has to win!

Looks like great fun and the proper performance for that song. I think the final needs a party song and it’s time Israel finally makes it. Great job!

Sadly, I truly dislike that song, almost as much as I hated Moran Mazor’s song. I found Mei’s song last year deserving of the final, though not good enough to be in the top 10. It’s only the second time I cannot even bring myself to listen to the entire song from beginning to end. But then, I am also totally underwhelmed with the other songs, especially the highly vaunted Swedish song or Australian one. really, Sweden? running 1900 competitions and quarter finals and semi finals and second chances and ALL that JUST to come up with a YAWN song??

Ermmm, and William is ready now for the golden shower? I had to laugh so much at the end you your review, guys!!! Go, Nadav, go!!

And I just love those shoes :))

I thought his backing dancers were gonna wear those singlets that they were wearing in the backstage video… :/

Great impressions, and I really want to see more! This finally gets the action going (yesterday’s videos seemed all a bit boring, didn’t they?) And, please, wiwibloggs, upload another interview with Nadav asap, like one after the rehearsals would be fabulous. And please, as we know now about Måns Labrador Messi, could you ask Nadav about his dog? Thank you!!! 😉

His voice is not there 100% in that video, but I love the dancers, the routine and the background. This is a welcome change after everything that precedes him!

Love the song! Love the artist! Israel is one of my favorite countries in recent years at Eurovision. Moran was my 8th favorite in 2013 (behind Iceland, Georgia, Ukraine, Germany, Macedonia [yes I loved Esma… bite me lol], Azerbaijan and Denmark). Mei was my 10th favorite in 2014 (behind Denmark, Spain, Malta, Netherlands, Romania, Albania, Russia, Armenia and Austria). I really hope Nadav does amazeballs… And if Mario was here, he would agree that Nadav has amaze balls. lol Love you Mario:-)

This has to go through. Israel is great this year

Love this song, it is so much fun and I hope he gets through!

The vote in the German OGAE club is still changing, Sweden falling from #2 to #3

I will be super p!ssed if Israel don’t qualify especially after the 2014 injustice

I am here to represent Mario before he arrives and here is my statement:

I hoped you liked my amazing change in lyrics, bye! 😀

I would abhor the message of “Mei Finegold? Not even close. This? Definitely!,” but even in a vacuum, I’m not big on this one.

Well, wait for Mario to watch that clip…

First of all….I love his t-shirt from backstage! Wonder where I can get one? Israel is a little bit of a guilty pleasure, I kind of love to hate it. Its not the best song in the world, or in the competition, but its a break after all the emotion of the first half of the semi, its positive and Nadav is just enjoying himself. Maybe, just maybe..Israel can get back into the final.