Genealogy is all about building bridges between old and new — and not just in their music video for “Face the Shadow”. Last week the group went pop-folk with their new song “Menq enq Mer Sarery” (We Are Our Mountains), a cover of a popular Armenian folk song known around the world. You can have a listen below.

We are in love with the single, which Armenia’s Eurovision 2009 act Inga and Anush covered this song several years ago. The song starts off with traditional Armenian sounds Essaï hits us with his voice. Tamar joins in followed by soprano Mary-Jean, Mary Jean, Inga, Stephanie and Vahe. It’s funky, fresh and totally timeless. Love!

wiwiblogger William caught up with Genealogy after their second rehearsal, a few hours before the song was released. “‘Face the Shadow’ is mellow but powerful,” Stephanie says. “This one is a party song!”

Tamar sees it as a gift to her Armenian brothers and sisters. “It’s in Armenian,” she says. “The Armenian Diaspora knows this song and loves this song. It’s an ode to the diaspora.” 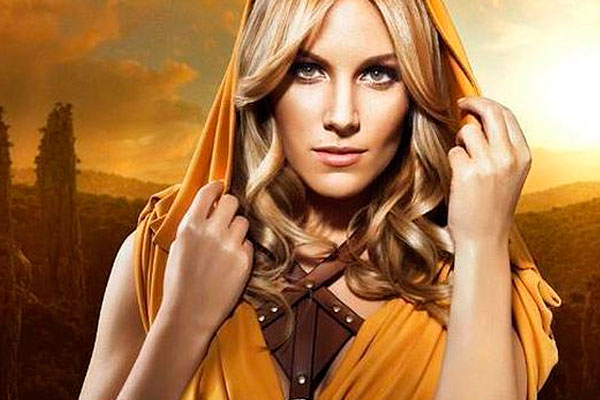 @Danny are you perhaps azerbaijani? Haha you tots sound like one! HEYY KID LISTEN! 10 MILLION Armenians can’t go home because 90% of their land was BRUTALLY STOLEN FROM THEM. What would you say about that?. The only nations going against the world and human rights are the 2 main partners in crime , Azerbaijan and Turkey! Everyone knows the truth! Even you, but you’re too ashamed to admit it! Now stop it with your pathetic comments and get out of here. Ps; next time when you mention Artsakh , capitalize it! It’s a proper noun buddy! USA recognizes the… Read more »

@Otna,
I can’t agree enough with you. I guess that’s what happens when people become ignorant. Anyways…

I’m LOL-ing at the stupidity of some of these comments. I would explain a few things but replying to some people might bring my intelligence down a few notches tbh.

This is outrageous. For how long will Armenia keep being provacative? The map on Inga’s shirt is not recognized by any state (including the Republic of Armenia) and it’s obviously intended to start provocation. This is so childish and ridiculous.
I would expect more empathy, at least this year. Such a shame! I’m so disappointed.

@Lil H / first of all yes armenia has occupied Azerbaijani lands, the land you calll artsakh is rezogniced as Azerbaijani from all the countries in the USA and all european countries. There is not even 1 country (only armenia) which rezognice karabakh as a independet country. This is the reason why Armenia has closed borders with their neighbors. 1 million Azerbaijani people cant still go to their homes. Armenians forced them in 1992 war to leave their homes and lands. You guys cant show to the world that ararat and karabakh is your because every country in the world… Read more »

@Thiefo, I agree with you but we actually did have similar entries like Inga & Anush and also Apricot stone had a lot of Armenian elements. I really like how we always have some traditional Armenian things like the costumes and jewellery this year and I remember the Armenian eternity symbol from Aram’s performance last year.
I do think more countries should sing in their own language, it would make everything more unique.

I would’ve prefered something like this a lot more than Face the Shadow. I understand why countries decide to go for a more radio-friendly sound, singing in english and everything, it gives them a better chance to win, but it’s always fun and awesome when countries embrace their roots with their eurovision entries.

@Danny Hey look, first of all, get your facts straight! These aren’t occupied lands! You can’t occupy lands that are already yours! We recooperated our lands! Second how dare you say that Mount Ararat is Turkish!? If you had spent a little time reading books and doing researches, you would have known that Ararat has ALWAYS been Armenian! That’s where we get our bame from! People of Ararart! For 5000 years Ararat and Artsakh (Karabagh) have been ours! You know what’s disrespectful!? The fact that you’re blaming a nation who has gone through a Genocide, who has lost 90% of… Read more »

I love this group so much. So cool we have a Japanese pop star and an Australian soprano performing under the flag of Armenia in representation of their roots and along with other diaspora members, as well as the native Armenian Inga, 100 years since the genocide.

@ Yeah i feel the same about poor Inga…
She has different mentality than the one that the 5 petals of Geneaology flower have..
She doesn’t really fit with them…Like a ”pariah”..
With no offense to her of course..
I like her too.. 🙂

I actually saw Inga & Anush perform their version of that song live (as well as Jan Jan) when I was there, which was pretty awesome <3

One of the t-shirts at the video-clip ist about the occupied lands of Azerbaijan in 1992 by armenia (Karabakh) the other one is the monument Ararat which is in Turkey. Every year the same propaganda from Armenia.Without thinking and any respect to other countries. They only think that armenians has the right to sing/ to talk about their “lands and rights” if Azerbaijan would do a song about the occupied Azerbaijani lands by armenia and would call it “No, this is not political” i am sure armenians would do everything to stay against this song! And you guys are sharing… Read more »