Trijntje Oosterhuis is a celebrated Dutch diva with major attitude and some lovely curves. But as you’ll recall, she made our jaws drop during her first rehearsal when she wore a cut-out dress that revealed a bit too much of what God gave her. After the world reacted to all the flesh on show, she decided to cover up so that viewers could focus on what matters most: Her song “Walk Along”. During her second rehearsal she went for a slightly more demure — yet still uber-sexy — black dress. She upped the fashion stakes, felt more comfortable, and slayed vocally. Who says fashion is irrelevant?!

On Sunday, Trijntje walked the red carpet at the Eurovision 2015 Opening Ceremony, and stopped by to say hello. She once again opted for a black dress — this one from Dolce & Gabbana — and says she chose it for fit. She also tells us about her ever-changing personal style. Enjoy! 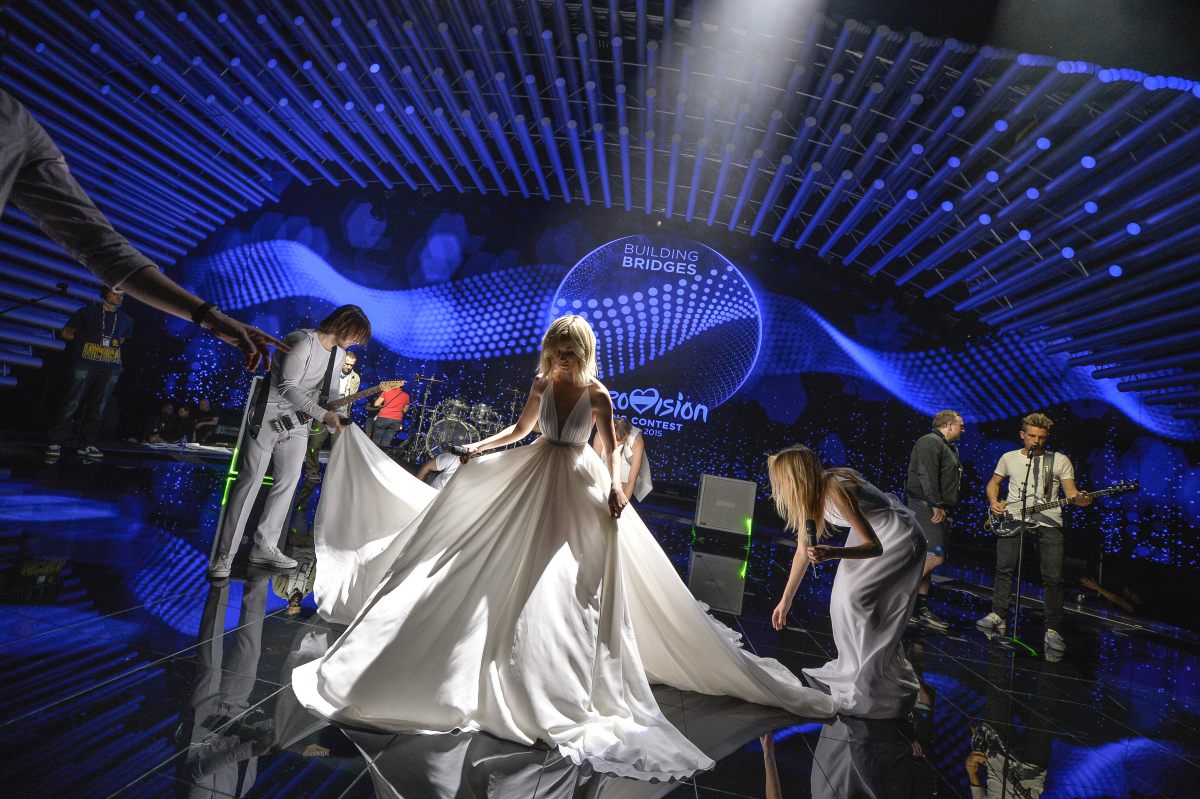 I was at Frankfurt Airport 2,5 hours ago and I listened to Walk Along on my iPod and then I saw the Eurovision Airplane. This is a major sign!

I think she should wear that dress from the begin. It might be her trademark.

i can’t believe how her team cannot choose her a decent, classy black dress. Why is the Dutch team so incompetent?

Well i was not really imbressed by her dress & her appearance unfortunately..
Her song is my 2nd most liked on the 1st SF & my 2nd most favorite overall but i really doubt if Trisha will manage to qualify tonight though..
Im afraid that we are gonna lose her on the semi along with Belarus…These 2…All of my other 8 most liked songs on the semi will most likely get the ticket 4 the big final..

We love you Trijntje! You go girl!

Wear what makes you feel comfortable…..your song and your amazing vocals is what counts for me….good luck tonight and we’ll see you in the finals!!!!