Back on May 17, as the Eurovision 2015 stars walked the red carpet ahead of the Opening Ceremony, we got a sense of how they were feeling just days before the semi finals. Watching the footage now that the contest has ended can be heartbreaking — some of our pre-contest favourites eventually crashed and burned.

Among them was the volcanic beauty María Ólafs, who walked barefoot down the red carpet, looking beautiful, with her hair back and wearing an amazing purple-ish dress. wiwibloggs caught up with her — and her mentor Hera Björk — twice on the red carpet. The first rehearsal didn’t go that well — María was slightly ill — but she felt better after the second. “It was much better, than on Thursday. Now I’m really excited,” she said. We had to ask about her dress. “It’s designed by Sunna Dögg, who also designed my dress for the stage. The dress represents freedom.”

Maria on the red carpet

Hera Björk on the red carpet

Maria at the Nordic Party

Maria after her second rehearsal

Maria after her first rehearsal 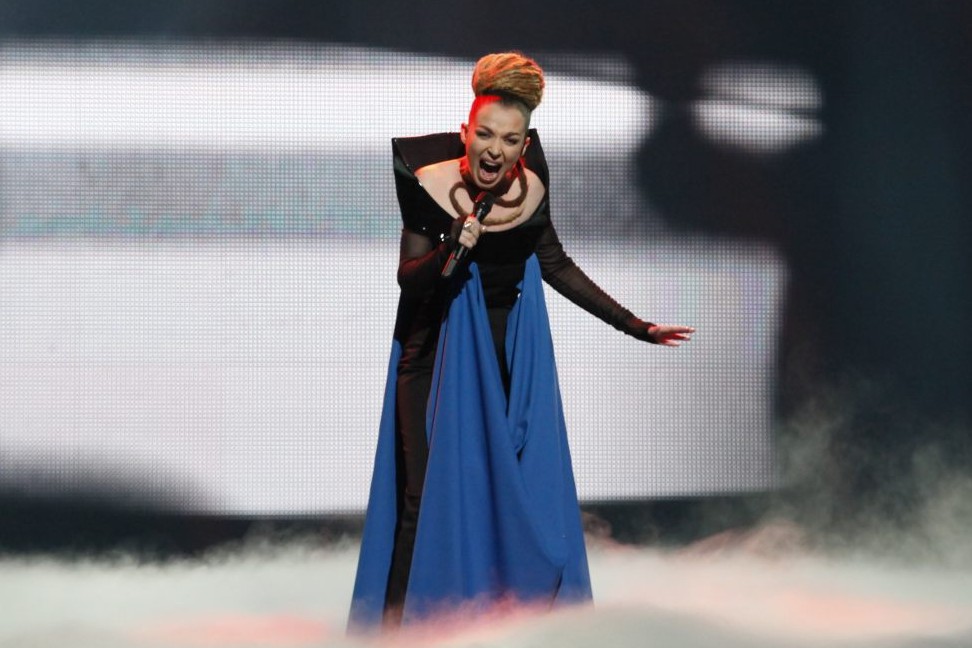 she was one of my favourites from this year, it’s a shame about her performance at the semi final because she can sing the song, she sang it really well at the icelandic final, it was clearly nerves

The final wasnt the same without Iceland and Malta. I was devastated when they both got out especially when they both qualified with crap last year. I personally think that her performance wasnt that bad and she deserved at least 12th place.

Wiwibloggs, you understand that it’s 2 weeks since the Eurovision opening took place and none cares anymore .Right ?

I like her and the song, so we agree to disagree.

@Vladimir: No, she absolutely did not, even the crap from last year was better…

I really like this girl. I wish she had made it to the final. She deserved to be there.