Jedward are giving their fans a 17-city tour of Europe – but they’re only going as far as the airports. Determined to keep in touch with their Jedicated fans across Europe, John and Edward Grimes have planned an ambitious whistlestop tour of Europe, taking in 17 cities in 10 days.

It’s one thing to gain a strong fanbase after performing in Eurovision, but what do you do when your fans are scattered across many different European countries? The Irish twins have come up with the perfect solution and will be hopping from city to city, hanging out with whoever shows up in the arrival areas of various European airports, starting today in Denmark. Going by their previous airport experiences with fans, it will be spontaneous, Jepic and so much fun.

The Grimes brothers are also promoting their new single, “Oh Hell No”. It’s the theme song of the upcoming film Sharknado 3: Oh Hell No! in which Jedward make a cameo appearance. If the preview clip is anything to go by, this trap-inspired tune is going to get the sharktastic party started. Both the single and the film will be released on 22 July. 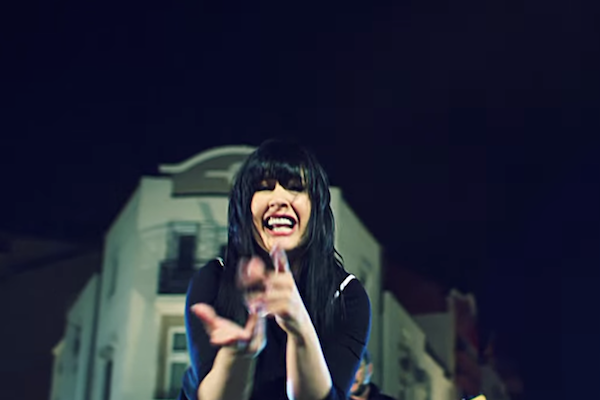 Well. They came to edinburgh. Popped into my shop here. Had many people chasing after them as they went to grab food. They then wanted to kill time and go to cinema. But it was closed so they got a lift in my friends car to her house. Where she gave them food and tea before taking them back to edinburgh airport.

What if only like 2 people show up in some places? I can’t imagine there being a huge fanbase here in Estonia or Latvia 😀

To clarify – it’s not a performance tour. It’s like meet and greets. They’re doing it for fun, for their fans. That’s all! 😀

They are crazy. We knew that already))

So they are going to perform at the airport? This is the first time in my life I heard of an “airport” tour. They are not coming to my country but they are coming to my country’s neighbors, how come? lol not interested anyways, Jedward are like Eurovision one hit wonders aka they just got popular due that and that’s it…

@ Robyn
I really wonder which acts actually do you mean now…

@ Exactly Alex…
Like how many really do give a [email protected] about them to go see them??
Even their fanbase in Ireland had been decreased dramatically since 2011-2012..

Mainly no one gives a f**k & cares about Jedward’ upcoming tour..

Ive said it before and I shall say it again, Eurovision and Ireland needs these guys back. They have matured alot in the past few years and started writing their own songs. With the right song (self written, Swedish produced) they could pull off a decent result, especially if they do it next year, as Eurovision is taking place in Sweden, where they have a huge fanbase.
Im not their biggest fans, they annoyed the hell out of me in the beginning, but they are perfect for eurovision and they have matured.

lol wtf? airport tour?? what does that even mean? where exactly are they going to perform?

Mario: I can think of other ESC artists who are far bigger attention seekers than Jedward, especially in recent weeks…

Oh god they are so annoying….I want them to just go away & never having us read news by them ever again..
Ridiculous because they do not even have enough fans in Europe..
So irritating attention seekers..