Conchita Wurst — in case you didn’t know — has an album out. On the promo trail for Conchita, the bearded wonder recently hit France and, while on the press tour in Paris, took time out to discuss Angell’s disappointing 25th place finish at Eurovision with just 4 points.

Speaking to Télé 7, Wurst discussed how Angell’s “N’oubliez pas” transcended language: “I don’t speak French, so I did not remember the words, but I saw it on stage and in rehearsals and I really liked it.”

“But Eurovision, it’s hard. You never really know whose going to score well or not…look at Austria! We came last with nil points!”

Wurst was critical about Angell’s reception in France, calling the lack of domestic backing for their singer “unfortunate.”

Though the simple staging and traditional sound were to her own taste, Wurst acknowledged it isn’t for everyone.

Despite a fourth consecutive year outside of the Top 20, France remains undeterred and France 2 have already confirmed France will participate in Sweden in 2016.

Lisa Angell hasn’t been the only topic of discussion on Conchita’s promo tour, as she also recently discussed her support for Caitlyn Jenner with Pure People, and called Jenner’s Vanity Fair cover, “really beautiful.”

You can watch our interviews with Lisa, the French Eurovision commentators and Conchita below.

FOR ALL THE LATEST NEWS ON FRANCE CLICK HERE 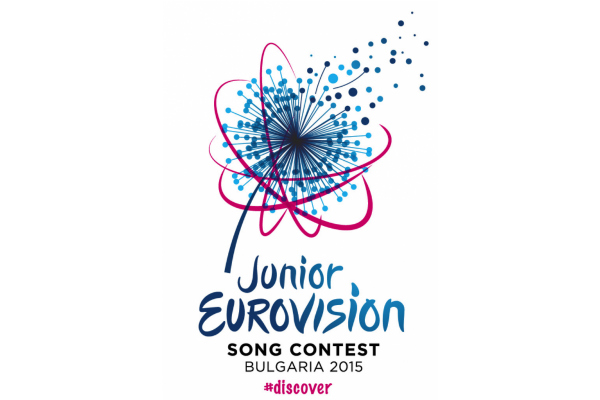 Dandelion in the wind: #discover the Junior Eurovision 2015 logo I agree with @otna. Beautiful song & beautiful staging. It became lost amongst the other songs though.

I agree with @Chris. The first time I listened to Noubliez pas I thought “wow…. winning song”. I loved her voice, the melody, the message, everything. And once I saw her performing and the staging I knew it would be the lower bottom. Well I still thought it’s a quality song, in French, and a great voice but Europe won’t vote for her because of the perfomance.

The live performance that could be better & the early running appearance order that Lisa Angel had to almost open the final really hurt her chances so thats why she underperformed big time in the scoreboard..
And her song although marvellous might sounded old fashioned 4 the new era of our Vision so overall i justify at least indegree why she failed to finish in the top10 of almost all but 2 countries so to get any more points..
Im sorry 4 her but it what it is in our Vision with this method of voting..

I’m sorry for Lisa because she did deserve better. One of the best voices, great song. I also thought she and her staging look fabulous.

I think she was much better than Conchita

N’oubliez Pas is beautiful and it was staged beautifully TBH. It didn’t benefit from singing 2nd and it certainly didn’t deserve to finish behind countless songs that were much worse, not least of which was the UK who even managed one more point…

I think France got killed by Slovenia. Slovenia was such a great start for the show and no one was in the mood for something sad and old-fashioned. People were like Oh No. Although ORF’s intention was to provide the maximum attention by the viewers for the songs with the draw, I think the contrast of France to Slovenia and Israel was too stark.

France has been my biggest disappointment this year (the same was with the UK last year). The song had been my clear favourite (next to Belgium) before the contest. Once I saw the staging, I knew it would flop. This marvellous song just deserved something more elegant. That weird staging just made me feel indifferent to Lisa’s great performance. I couldn’t emphatize. I think it is the reason why people ingored it.

This was a new low for France. They did not even seem to try this year.

France was the most undarrated country this year, being underrated almost every single year… they have no luck!

I share the same opinion about the song of France…It was one of my most favorites & was from the best songs in Vienna…In different circumstances Lisa Angel could finish on rather high place…With that ballad song she could even win if she was competing in a Vision of late 90s..
But at least her 4 points thankfully were enough to rescue her from the last latter place & save her from the big failure of possibly having France last 2 years in row..

Conchita was about to release her brand new song single on 18th June but she postponed the single’s release for later on 7th July.. Her upcoming 4th single will be double A-side & will feature not just one but two different songs! <3 🙂 The 2 songs that will be released are *FireStorm* / *Colours Of Your Love* Both are really beautiful songs <3 It doesn't matter at all to me how good or not this single will do good in charts…The only important is that Conchi will release brand new single & i'm satisfied just only by that <3… Read more »

Mario ~ Conchita Still Has It & Has Not Left Her Throne

Well Conchita still remains HOT name in our Visionary world <3 🙂 And considering the fact that i do not feel that warm towards this year's Vision's winner so this only keeps my interest still high towards Conchi <3 🙂 And keep in mind that she JUST released her debut album last month only! All these anti fans of Conchita that bother about her popularity and why WiWiBloggs continues to post frequently news article about her have to give us a break that we are fans of Conchita.. WiWiBloggs is posting news articles about long forgotten or not popular artists… Read more »