The temperature is rising across Europe and Eleftheria Eleftheriou is doing her best to crank it up even more. She has just released a sizzling new music video for her song “Hot Nights” that has us itching to hit the beaches fast!

In the video, Eleftheria relaxes on a beach by day and then turns in to a fierce tribal queen at night, leading a group of dancing boys in some slick choreography as they throw themselves on their knees in front of her. Bow down and respect Eleftheria, because this girl looks stunning. Some of those gyrations are even making us hot under the collar! The video includes a bit of product placement. We don’t blame her. Given the unfolding situation in Greece, it’s probably a good idea to make a few coins.

The “ella” hook may make you think of Rihanna’s “Umbrella”, but otherwise the song feels like it’s meant for Eleftheria. The subtle Greek tones make “Hot Nights” stand out against similar releases by other Greek artists, plus Eleftheria’s vocal is on point throughout the song.

“Hot Nights” feels like a step up from “Aphrodisiac”, Eleftheria’s Eurovision entry in 2012. There’s a whole heap of improvements across the board, with the visuals, vocals and music all working much better in sync. She is enticing us in for some fun in the sand and we just want to go there with her!

Watch our video of Eleftheria performing “Aprhodisiac” at Euroclub 2015: “This is Summer” — and Kalomira is grinding on the floor 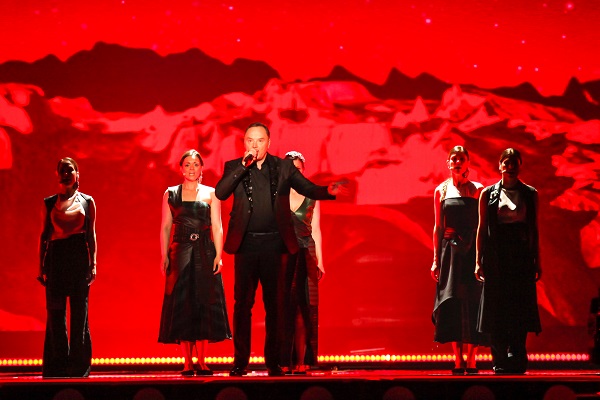 “Ela” it means “come now”…It’s my favorite song by Eleftheria after “never” and “raindrops”
Kisses from Greece!

Eleftheria's Homoerotic Videoclips Are So *Aphrodisiac* :)

Nice videoclip…It has gay vibes with Eleftheria’s hot babes dancers <3
In her videoclip 4 her new song after the Vision of 2012 called *Hearts Collide* there was so homoerotic atmosphere! <3
Really hot & possibly the most gay videoclip 4 a greek artist that i have seen so far <3 https://www.youtube.com/watch?v=PsuV4iy4fuk

I like Eleftheria as a singer 🙂 Her voice is really beautiful & such expresional.. <3
I remember that she was really popular back in 2012 when she won in our Greek NF & went to Azerbaijan's Vision.. 🙂

SO HOT and much better than Kalomoira’s song tbh!