She sang “Playing With Numbers” at Eurovision 2015, but Ireland’s Molly Sterling won’t be balancing algebraic equations or memorising mathematical theorems any time soon. Despite telling us otherwise last May (skip to 2:03 in our interview below), the 17 year old singer is postponing her final year of school in order to focus on music.

Interview with Molly Sterling at Eurovision 2015

Speaking to The Herald, Molly insisted that her break from education won’t become a holiday.

I’m not the kind of person that will just sit there and do nothing, I’ve got a real compulsive mind. I want to be a sponge and just improve and play, but mainly write. What I want to do a lot of is just spend time with other musicians and learn from them.

She’s already moved on from her disappointing result in Vienna, performing at several events across Ireland. And next month she will join the likes of Florence + the Machine, Sam Smith and George Ezra on the line-up at Electric Picnic – who says Eurovision destroys an act’s credibility?

The rising star described her experience at the contest as “disappointing” (obvs) but “invaluable” (of course), saying:

It felt like we had so much support but it was good to learn. You can do really well and have so much belief in what you are doing and have an amazing team around you and a good song and you can still lose.

If you want more Sterling for your buck, don’t worry. An EP is on the way later this year! And then it’ll be a case of playing with royalties. 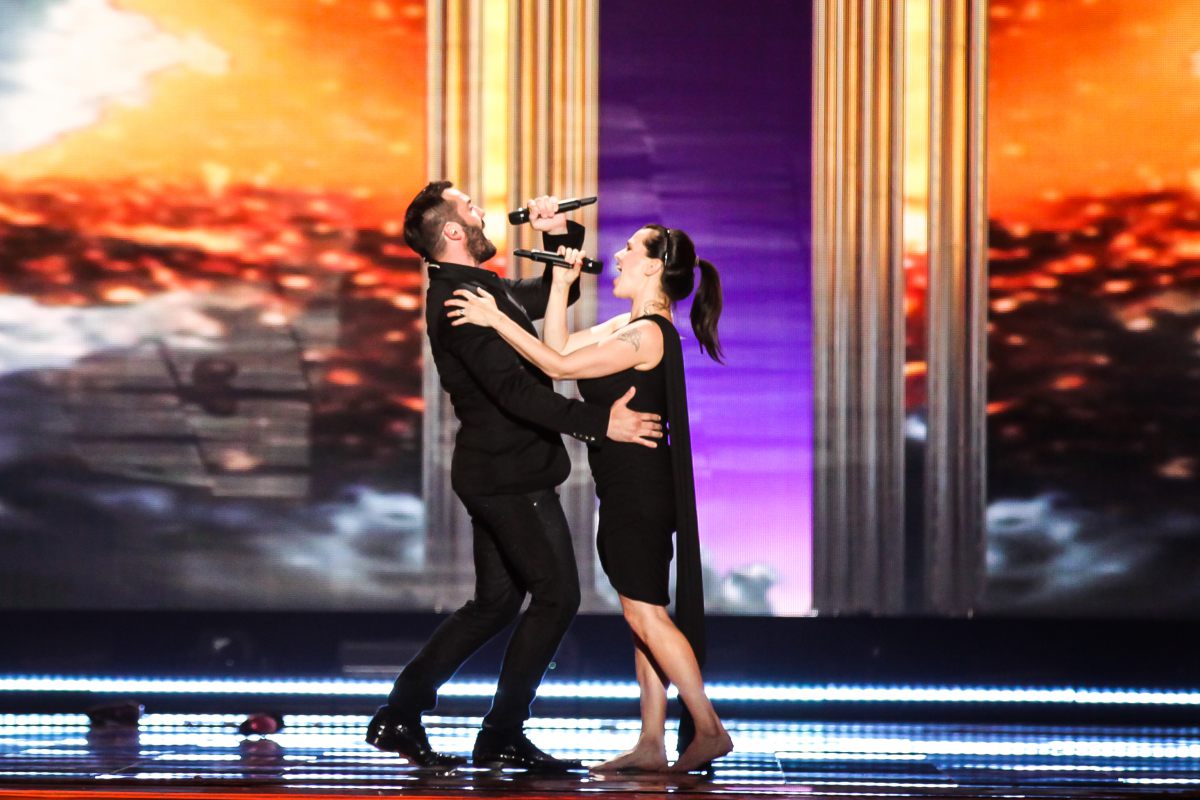 We were in the same class in the same school, and this is the first I’ve heard of this! 😮 Can’t believe she didn’t tell us 🙁

That’s just dumb. Everybody knows that if you take a year off school it’s very hard to come back later.

I had loved this song… before they decided to revamp it 🙁 The initial version was much better. Still, the song was good… in contrast to a very odd staging. That weird piano and a suffering Molly’s facial expression made this entry flop. Too bad. It has been the best Irish song since… 1997.

This year I had never been so proud of our entry despite the result, I hope we send more entries leiage this, just with an instant impact which is what was seriously lacking from PWN

Her song although not bad was too boring..
It made sense why Molly failed & didn’t qualify to the final..
*Playing With Numbers* was my 32nd most liked song out of the 40 & my 16th most liked from the 17 songs of the 2nd SF..

Pity that she won the irish eurosong NF with such dull song..

I can’t wait for her new song, but I think that school and education should be her priority because school is something which teaches you on how to face life. Well, I really loved her entry and I actually think that she should have qualify instead of Cyprus but Molly, good luck with your career.

She was one of my favourites this year. I was so distressed when she didnt qualify, AND CYPRUS DID!! Cant wait for more of her (stunning) music.

Molly’s song was pleasant – however in a year full of ballads and performing 2nd was a recipe for disaster. I can’t wait for her new material, because if it’s like her Eurovision entry, then I’ll be listening to it 🙂

she is the type of singer/artist that Ireland should be aiming for .. however the song should have been something to appeal to a wider audience and have an instant memorable quality ..
more of the molly sterling style artists and no more of the Ryan Dolan or cann linn style cheap rubbish

Can’t wait for the EP!! Playing with Numbers was the second best song this year- it deserved to win the semi and then come second in the final. Molly- your music is amazing, carry on playing :).

I’d like to see Molly Sterling represent Ireland again at Eurovision. Not in 2016, but in a few years time when she is more experienced.